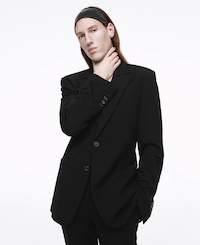 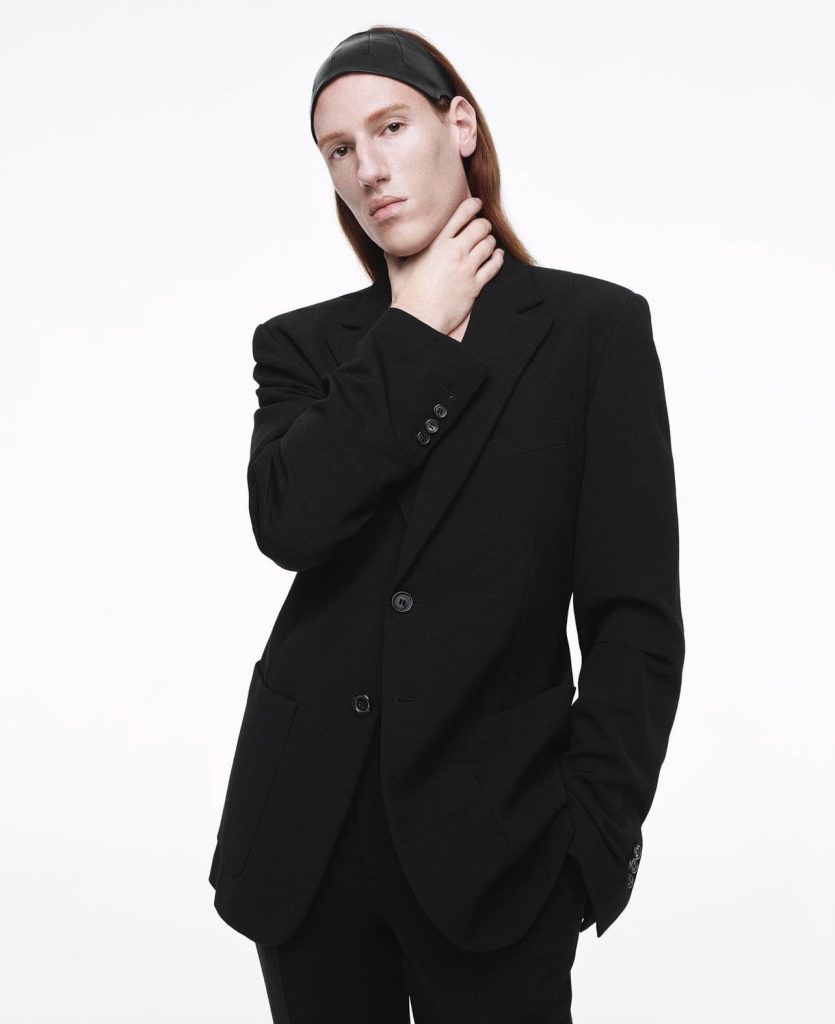 PARIS, FRANCE — Ludovic de Saint Sernin, the designer known for his sensual, gender-fluid creations, has been named creative director of Ann Demeulemeester, signaling a new creative direction for the  Antwerp-based fashion house, which was purchased by Italian retailer Claudio Antonioli in 2020 (see it here).

In a preview of his vision for the label, de Saint Sernin took to Instagram and released a set of images, photographed by Willy Vanderperre and styled by Olivier Rizzo, in which he wears items from the Ann Demeulemeester archive dating back to the 1990s, including a black leather halterneck top with a knotted neckline and an ivory satin fishtail skirt.

“Authorship and autobiography gain centrality, as Ludovic de Saint Sernin shapes the Ann Demeulemeester traits around his vision, proclivities and individuality, offering a first-person reading and the connection with today’s audience that comes from that,” the brand said in a statement provided exclusively to WWD.

“Sensuality, tension, silhouette, fluidity, wildness and a graphic feel are defining pillars of the language Ludovic de Saint Sernin is about to build as he traces the new course of Ann Demeulemeester, injecting his approach to fashion as a tool to shape and free one’s presence and appearance,” it added. 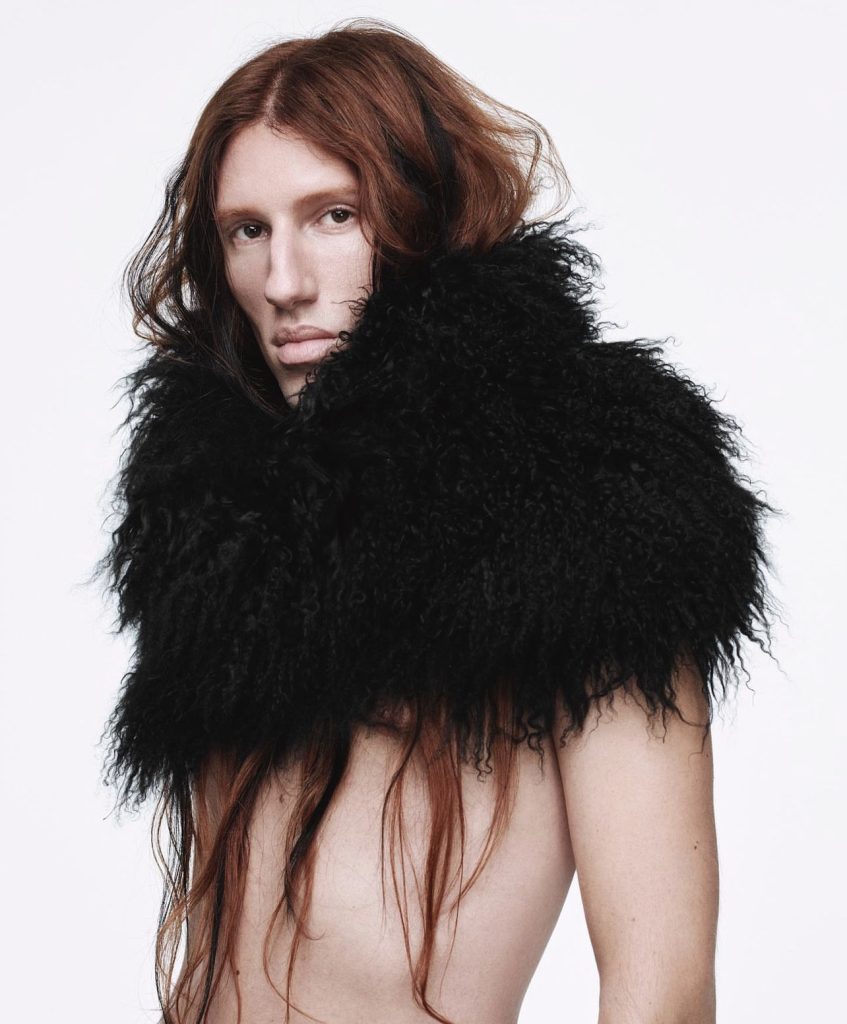 Born in Brussels and raised in Paris, de Saint Sernin graduated from the École Supérieure des Arts Appliqués Duperré in Paris. The designer, who cut his teeth at Balmain before launching his eponymous label in 2017, is due to present his first collection for Ann Demeulemeester in March during Paris Fashion Week.

The Ann Demeulemeester label has been designed by an in-house team since the departure of creative director Sébastien Meunier in July 2020 (see it here).

A pensive woman with gothic leanings, Demeulemeester helped put Antwerp on the global fashion map with her soigné tailoring and dark glamour.

One of the original “Antwerp Six,” she began showing in Paris in 1992 and quickly became a fashion star, with WWD anointing her “Queen Ann” in a headline following a blockbuster collection in 1995 that would influence runways in other fashion capitals. She added menswear a year later.

Demeulemeester bowed out of fashion in 2013 to embark on other ventures, namely pottery and ceramics. However, she remains close to the brand, while her homeware and lighting designs — among other projects — are on display in the Antwerp store, which was reopened last year.

In June, she staged an exhibition during the Pitti Uomo men’s trade show in Florence celebrating 40 years of the label.

“I see my fashion as my child and now it’s ready to go by itself in the world with other people. It’s nice, it’s beautiful to have people that are working with respect. You have to give it a chance and give them the trust they need to do this,” she told WWD at the time.

Antonioli is proving his eagerness to restore the storied brand to its former glory after years of what he described as over-distribution and, at times, insufficient quality.

Since taking full control of the company, the executive has shifted almost all manufacturing to Italy and has trimmed the number of wholesale doors by 60 percent, eyeing the opportunity to open freestanding boutiques in Paris, London and Milan in the next two or three years, and in Asia with partners.

Antonioli founded his first Milan retail outpost in 1987 and is a cofounder of streetwear conglomerate New Guards Group, which was acquired by Farfetch in 2019 (see it here).

In addition to his Antonioli stores — with physical locations in Milan and Torino in Italy, Lugano in Switzerland and Ibiza in Spain, plus the website — the entrepreneur established a company called Dreamers Factory that will encompass Ann Demeulemeester and future projects that relate to his personal passions.