Zendaya Is The Face Of Lancôme’s Lash Idôle Mascara 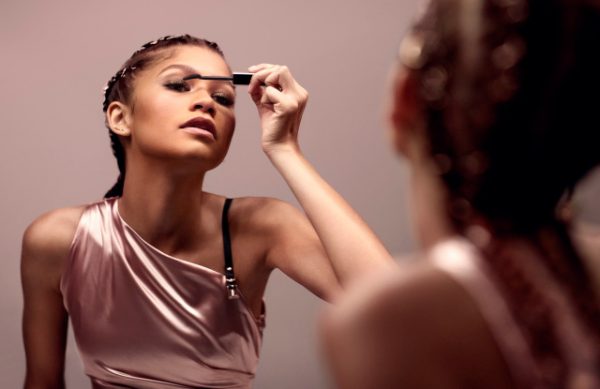 UNITED STATES — Singer, actress and designer Zendaya Coleman also known by her stage name Zendaya — continues her Idôle status at Lancôme. Coleman, who became the face of the women’s fragrance by that name launched in August 2019, is extending her role as the face of the new mascara, Lash Idôle.

After the Idôle Eau de Parfum, targeting Millennials, the L’Oréal-owned brand will introduce the mascara on December 2. It’s billed to give an instant lift and fanned-out volume with a 24-hour lasting and smudge-proof effect.

Lancôme said that’s due to the mascara’s curved brush with 360 micro bristles in 250 sizes to coat individual lashes, plus its a light gel emulsion with tea extracts and 25 percent less wax.

“This product is really targeting the young generation,” said Françoise Lehmann, global brand president of Lancôme, who added it has the same attributes as the Idôle perfume. “It’s a nomadic, on-the-go product, easy to use and reuse.”

The campaign was shot by Nico Bustos.