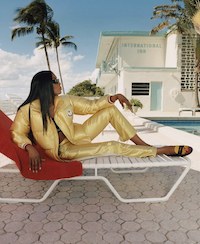 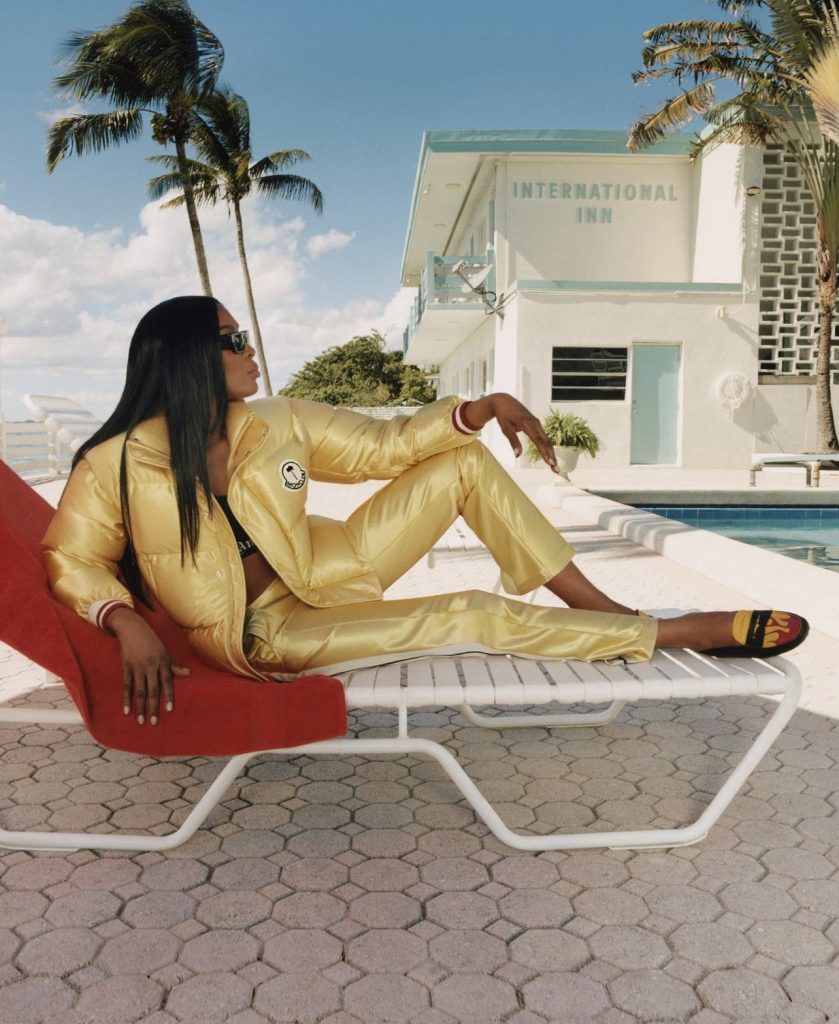 MILAN, ITALY — This is one of the first, a three-way collaboration between Tod’s, Moncler and Palm Angels was unveiled for fall 2022.

The “Tod’s x 8 Moncler Palm Angels” project is part of Tod’s Factory, a creative laboratory launched in 2018 with the goal of creating unconventional projects with designers and artists from the world of luxury and design, unveiling collections, capsules and limited editions, reinterpreting Tod’s style and heritage through their own creativity.

“I am interested in the quality of the product and the passion lying behind it, so for any collaboration I turn to the best in class for each category,” said Palm Angels founder and creative director Francesco Ragazzi. “These collaborations are not really a means for people to talk about us, but a way to experiment, filtering the products with our vision and learning each time by pairing with such giants as Tod’s and Moncler so we can also expand important categories.” 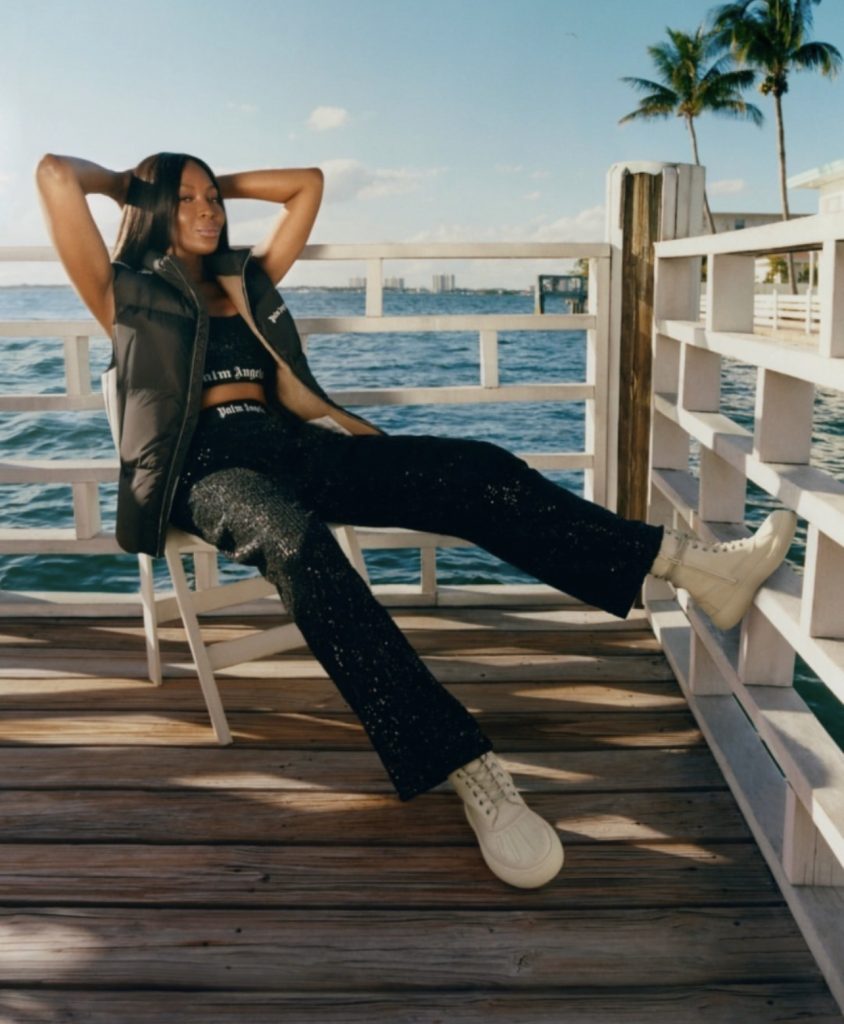 Ragazzi grew up wearing Tod’s shoes and expressed his admiration for what the brand represents, “the values it expresses, which are linked to our culture of beauty and recognized globally. We talk a lot about Made in Italy but, in my opinion, it is never enough.” He touted Tod’s artisans and their craft and said he “approached the design of this collection with respect, adding elements of contrast while retaining the essence.”

Ragazzi blended American sports and pop culture references with Italian taste on Tod’s signature Gommino loafer, updated with an inlaid flame motif. “There is always an American perspective for me, this meeting of Italy and the U.S.,” Ragazzi said.

In the same spirit, elements of mountain sportswear are reworked for the W.G., a new version of the iconic Winter Gommino, which now has the details of a snow boot and the volume of a mountaineering boot.

The legendary runway model was lensed by Philadelphia-born photographer Quil Lemons, lounging in Miami wearing a gold Keon jacket paired with gold track pants or a sparkling black crop top and pants combo under a puffer vest. Deck chairs, basketball courts, diving boards and seaward jetties serve as the background for the images, which have a vintage ‘90s spirit. 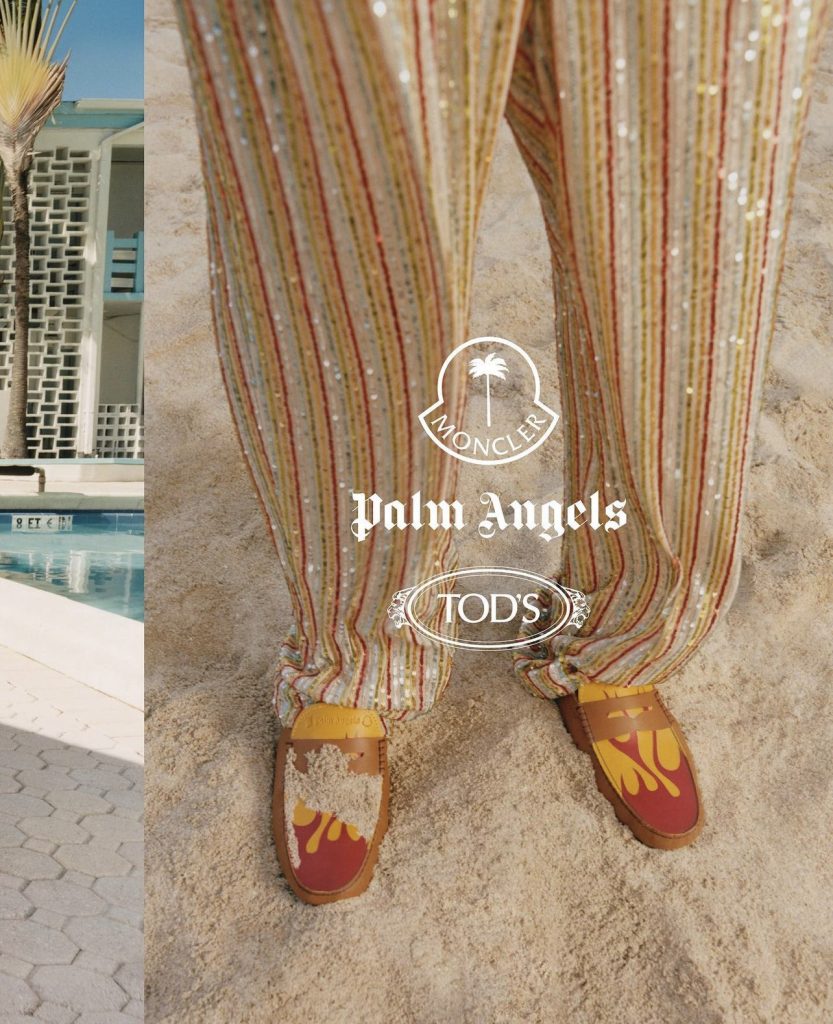 “It’s a playful collection, laid back, which is the essence of Palm Angels,” Ragazzi said of the one-off capsule. “Three brands coming from different worlds collaborated to tell this story, all aligning to see the product in a new, disruptive way. This creates energy, which is a must in fashion.”

Tod’s Factory was launched in September 2018 with Alessandro Dell’Acqua, followed by Alber Elbaz in July 2019. In March 2020, it was the turn of Maiko Kurogouchi, the designer behind the Japanese label Mame Kurogouchi. In June 2021, Hender Scheme, by Japanese designer Ryo Kashiwazaki, created a capsule collection of shoes, bags and apparel. 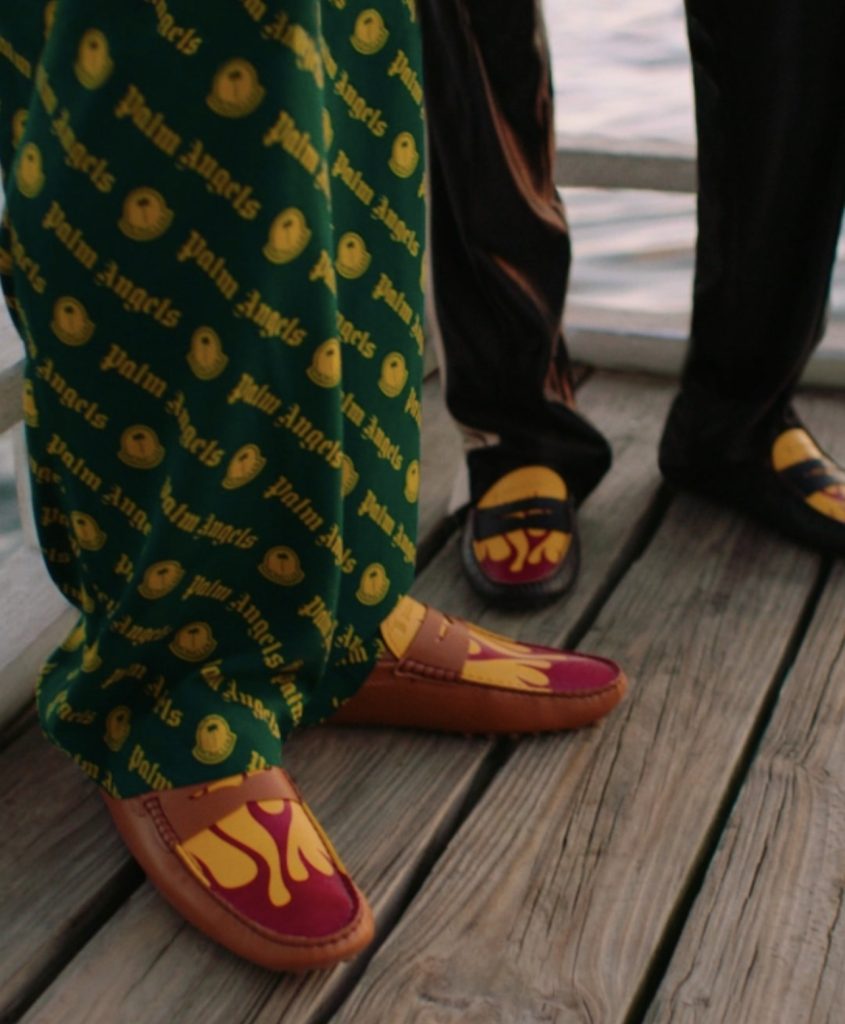