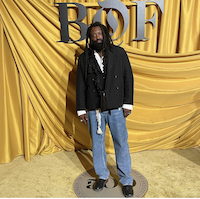 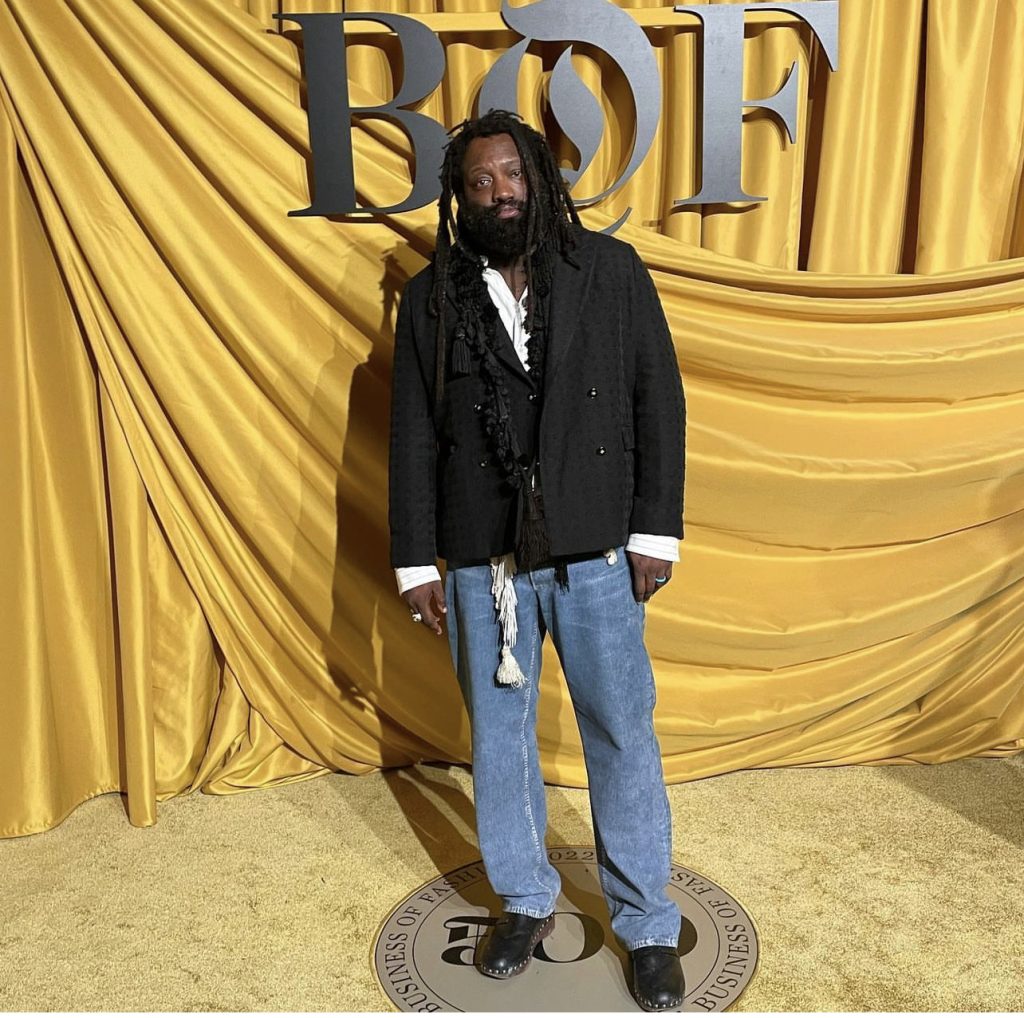 THE DENIM TEARS CREATIVE DIRECTOR CONFIRMED TO WWD THE COLLECTION , DUE TO BE UNVEILED IN EGYPT ON FRIDAY, WILL BE AN HOMAGE TO BLACK ARTISTS AND CREATIVES LIKE JAMES BALDWIN AND MILES DAVIS.

Along with the men’s pre-fall line, due to be unveiled on Saturday against the backdrop of the pyramids of Giza near Cairo (see it here), Jones will stage a presentation on Friday for a capsule collection guest designed by Tremaine Emory, creative director of sportswear label Denim Tears and cofounder of the multidisciplinary practice No Vacancy Inn.

The Dior Tears line will be shown during an event at the Grand Egyptian Museum, the archaeological museum located on the edge of the desert in Giza that is expected to open in 2023. Designed by Heneghan Peng Architects, the imposing building will house artifacts of ancient Egypt, including the complete Tutankhamun collection.

Emory told WWD in an exclusive interview, the collection will be an homage to Black artists and creatives like writer James Baldwin and jazz trumpeter Miles Davis, who were celebrated in Europe in the ’50s even as segregation raged back home in the U.S.

“How they romanced the idea of being treated differently in Paris and Europe. That romance of being celebrated for who you are, where you are from, the way you live, the way you dressed, your lifestyle and your talents is what we have focused on,” he wrote in emailed responses.

“I see a group of Black creatives doing the same thing now, living in places they can be celebrated for who they are,” added the Atlanta-born designer, who earlier this year was named creative director of cult New York skatewear brand Supreme.

Denim Tears, which has collaborated with brands including Levi’s, Ugg, Converse and Champion, is known for telling stories about the African diaspora, and promoting racial justice and cultural activism through its designs, such as its signature cotton wreath motif.

“Denim Tears speaks about the plight and the glory of Black culture. Every collection varies, sometimes it celebrates Alvin Ailey and American greats, sometimes it discusses slavery. It’s not always negative things we’ve been through as a people, sometimes it’s the positive. It all depends on the story I want to tell,” Emory said.

Jones and Emory first met around 2006 and both have risen to become major figures at the intersection of luxury men’s fashion and streetwear. During his tenure at Louis Vuitton, Jones masterminded what was seen as a watershed moment for the industry by collaborating with Supreme.

After moving to Dior in 2018, he initiated a cycle of collaborations with artists and creatives including Daniel Arsham and Kenny Scharf on his main collections. He has since switched to a new mode of partnership by inviting fellow designers to work on smaller pre-collections.

The first was ERL founder Eli Russell Linnetz, who guest designed a capsule presented in Los Angeles in May.

“I met Tremaine when he worked in the Marc Jacobs store in New York. He’s so easy, so great, I just love him — he’s always there and consistent in who he is,” Jones said in a statement.

“For Dior Tears, Tremaine went off and did the graphics while we put together images we really loved and he did the same. It became a conversation about American sportswear, its roots and how it has developed in the world,” he added.

The two met through a mutual friend who worked at Marc Jacobs, and who modeled in Jones’ menswear show in New York City in February 2007. “Like any true friendship, it’s grown over the years from being casual friendly acquaintances to becoming genuine great friends,” Emory said.

While he would not reveal any details of the collection, he said that working with the teams at Dior and combing through the archives had allowed him to expand his creative scope. “I can create anything with so many options at the highest quality,” he remarked, lauding the French fashion house’s attention to detail and high level of craftsmanship. “You should expect a very meaningful, beautiful collaboration.”

The look book for the capsule collection has been shot by London-based photographer Liz Johnson Artur, whose work documents the lives of Black people from across the African diaspora.

“We are working with Dexter Navy in Egypt to capture more imagery,” Emory said. The photographer and filmmaker, known for his psychedelia-tinged campaigns for brands including Louis Vuitton, Supreme and Nike, has a special link with Egypt since his father was born there. Emory, on the other hand, will be discovering the country.

“I haven’t visited, but what I know about it has been learnt from friends and collaborators like Dexter Navy. He’s shared so many stories of him shooting there and his father living there,” he said.

Emory described the opportunity to present the line at the Grand Egyptian Museum as “mindblowing, incredible,” and said he hoped the collection would further cement the links between casual and luxury men’s clothing.

“I believe luxury and sportwear will connect more and more in a way they should have already been,” he said. “The key is great ideas.”