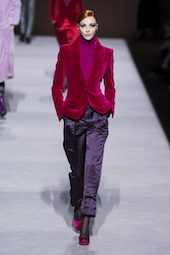 The Estée Lauder Cos. Is Buying Tom Ford For $2.8 Billion 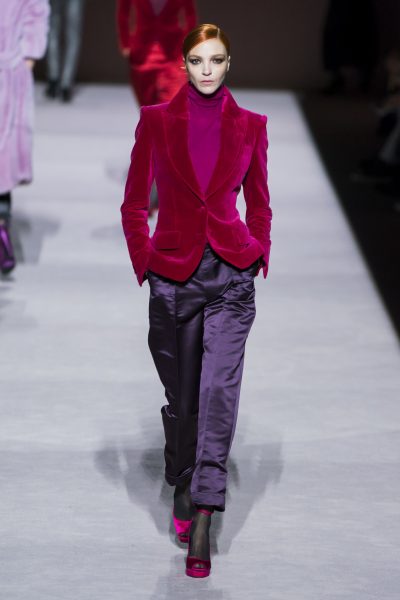 UNITED STATES — Last July, D.M. Fashion Book reported that luxury house Tom Ford, founded by the former longtime creative director of Gucci, was exploring a potential sale, according to people with knowledge of the matter (see it here). During this time, we also reported that the brand working with investment bank Goldman Sachs Group Inc.

In August 2022, we reported that the Estée Lauder Cos. has emerged as a surprise front-runner to acquire Tom Ford International, according to industry sources (see it here).

It’s official now: The Estée Lauder Cos. is the new owner of Tom Ford, marking the beauty giant’s first venture into the fashion world and its biggest deal ever.

Paying $2.3 billion to acquire the luxury fashion, beauty and eyewear brand, Lauder outbid rival Kering, which was reported earlier this month to be a front-runner for the company.

Ermenegildo Zegna Group and Marcolin SpA will enter long-term license agreements for Tom Ford fashion and Tom Ford eyewear, respectively. Marcolin has been the eyewear licensee since 2005, while Zegna has had the license for Tom Ford menswear since around 2006. Now, it will be responsible for all of Tom Ford’s fashion business.

The deal values the total enterprise of Tom Ford at $2.8 billion. The amount to be paid by Lauder for the acquisition is approximately $2.3 billion, net of a $250 million payment to Lauder at closing from Marcolin SpA.

Under the agreement, Tom Ford, founder and chief executive officer of Tom Ford, will continue to serve as the brand’s creative visionary after closing and through the end of calendar 2023. Domenico De Sole, chairman of Tom Ford International, will stay on as a consultant through that period, too.

“We are incredibly proud of the success Tom Ford Beauty has achieved in luxury fragrance and makeup and its dedication to creating desirable, high-quality products for discerning consumers around the world,” said Fabrizio Freda, president and CEO of Lauder, in a statement. “As an owned brand, this strategic acquisition will unlock new opportunities and fortify our growth plans for Tom Ford Beauty. It will also further help to propel our momentum in the promising category of luxury beauty for the long term, while reaffirming our commitment to being the leading pure player in global prestige beauty.”

Tom Ford said, “I could not be happier with this acquisition as the Estée Lauder Companies is the ideal home for the brand. They have been an extraordinary partner from the first day of my creation of the company and I am thrilled to see them become the luxury stewards in this next chapter of the Tom Ford brand. Ermenegildo Zegna and Marcolin have been spectacular long-standing partners as well and I am happy to see the preservation of the great relationship that we have built over the past 16 years. With their full commitment, I trust they will continue the brand’s future as a luxury company that strives to produce only the highest-quality fashion and eyewear.”

For its part in the deal, Ermenegildo “Gildo” Zegna, CEO of Ermenegildo Zegna Group, which owns Thom Browne, described Tom Ford as one of the most “iconic and distinctive ultra-luxury brands in the world” and said this next step together perfectly aligns with its strategy. “We have been partners and shareholders of the Tom Ford fashion business since its inception and I have worked with Tom for many years and consider him an esteemed friend,” he added. “This transaction is our first since our listing on the New York Stock Exchange in December 2021, and confirms our commitment to leverage our platform to create value for all of our stakeholders.”

While such a deal marks the cosmetics giant’s first foray into fashion, it has had a licensing partnership with Tom Ford Beauty since around 2005.

← Previous Story VLONE’s Co-Founder ASAP Bari Kicked Out Of Label, Says His Behavior is ‘Contrary to Our Collective’