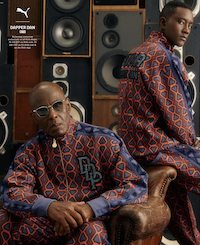 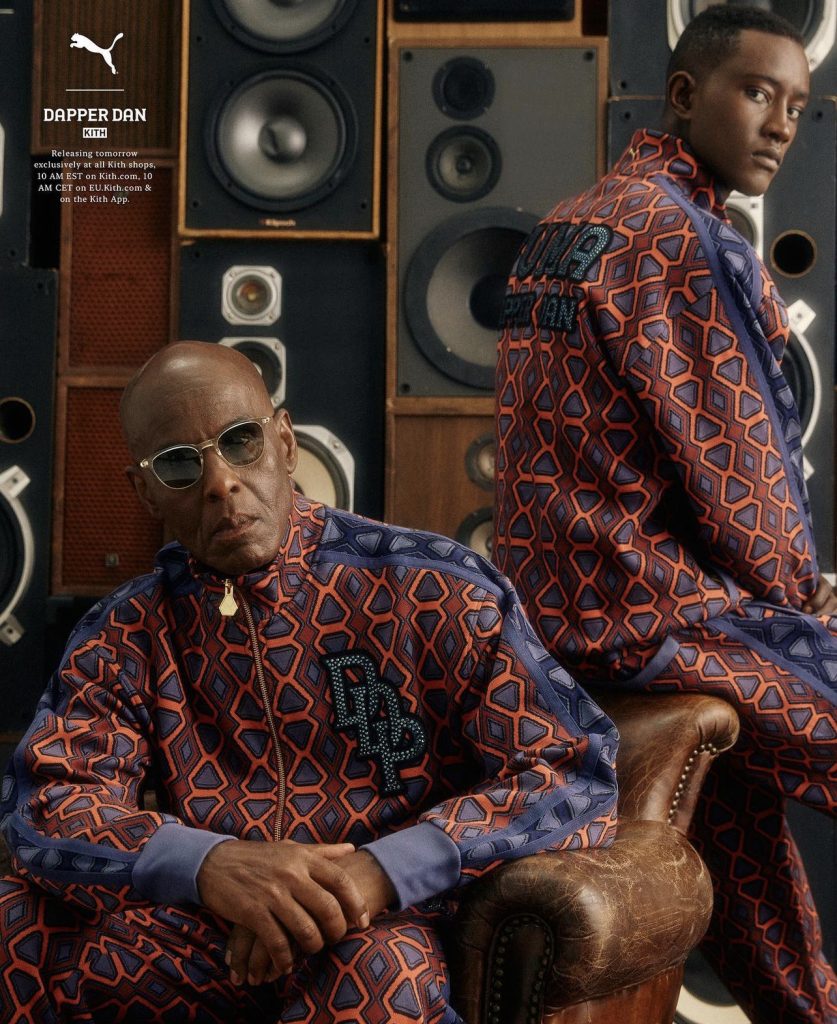 UNITED STATES — Sportswear and apparel giant Puma and Harlem couturier, designer and tailor Daniel Day also known as Dapper Dan have joined forces for a collection celebrating retro streetwear. The collaboration pays tribute to hip hop culture that was democratized by Dapper Dan in the ‘80s, the same period when Puma became a streetwear staple.

The line made it runway debut as part of Puma’s immersive Futrograde show during New York Fashion Week in September. The collection is now available exclusively on Kith.com and at select Kith stores.

“The spiritual magic embodied by the puma as an animal is coming to life in the collaboration between Dapper Dan and the Puma brand,” Dan shared in a statement.

The re-imagined take on Puma’s Clyde shoe honors its 40th anniversary. Dubbed after NBA Hall of Famer Walt Frazier, the silhouette became a part of the label’s footwear catalog in 1973. The new sneaker includes premium leather and jacquard materials, a molded metal plaque on its heel tab decorated with the collection’s “DDP” logo, and a leather formstripe decked out in crystal finishings.

“We are so honored to welcome Dapper Dan in the Puma family,” said Adam Petrick, chief brand officer at Puma. “Being able to count on such a talented visionary as a brand ambassador is an amazing opportunity to collaborate and shape today’s and tomorrow’s street culture together.” 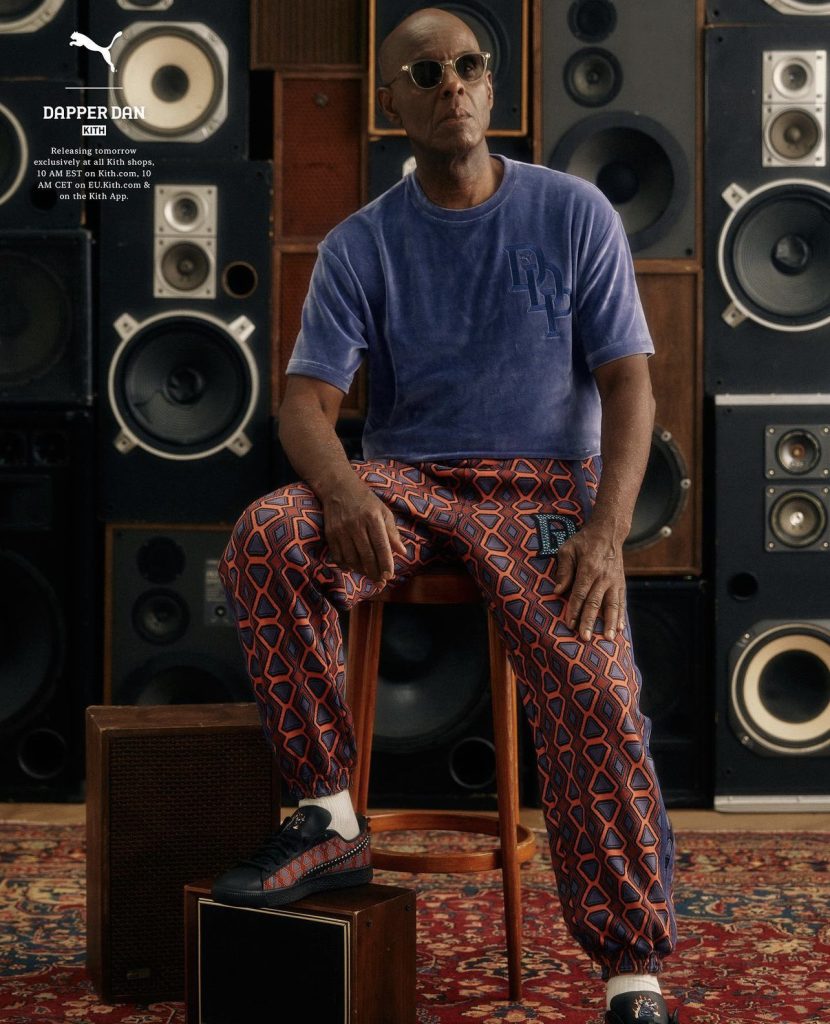 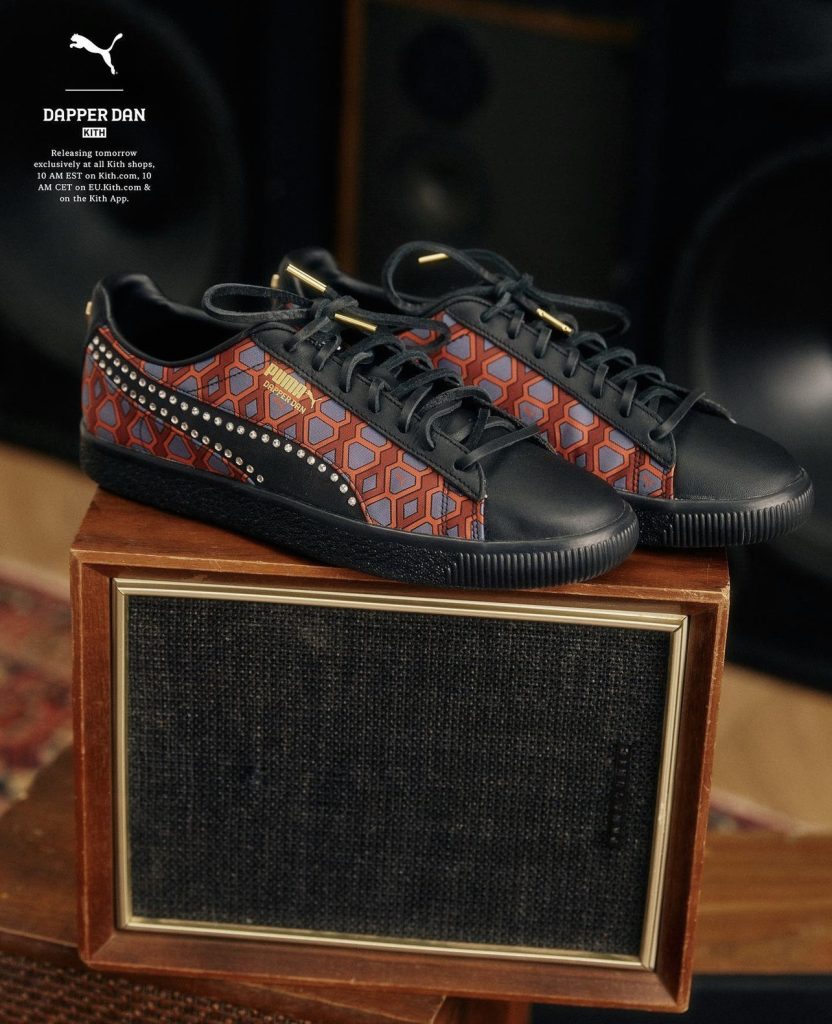