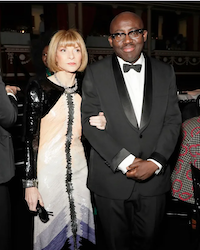 Trouble At Condé Nast? It Is Rumored That Anna Wintour Is Feuding With Her Protégé Edward Enninful 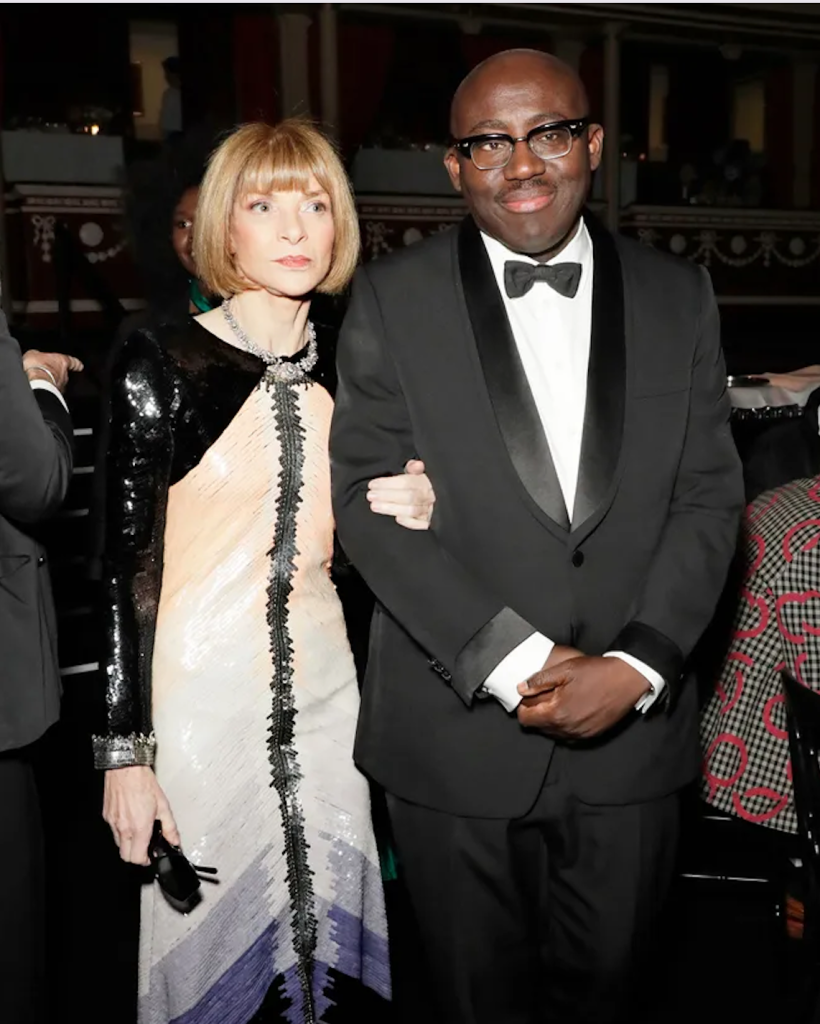 NEW YORK — If the rumors are true, there could be trouble in the Condé Nast world.

According to The Daily Beast, there may be some tension brewing between editor-in-chief Anna Wintour and her protégé, Edward Enninful, the editor-in-chief of British Vogue.

Enninful started at American Vogue in 2006 to work under the direction of Wintour and Grace Coddington as a contributing editor. In recent years, he and Wintour have been working to rearrange and streamline Vogue’s European editions. In 2017, Enninful was appointed the new editor-in-chief of British Vogue, also becoming the first Black editor and male to edit the publication in its 100-year history (see it here).

Since taking over the publication, Enninful has solidified his branch of the fashion empire as one to be reckoned with. Under his leadership, and thanks to the celebrities who have graced the cover of his magazine, he’s given American Vogue a run for its money.

The Daily Mail reports that Enninful wants “to make Vogue more diverse and even ‘genderless’ – a departure from its traditional female base“.

“The latest decision to raise stylishly bushy eyebrows was the inclusion of Oscar-nominated actor Timothée Chalamet on the latest cover, making him British Vogue’s first male cover star. Enninful is said to be ‘keen’ to land Ncuti Gatwa, the first black Doctor in Doctor Who and star of Netflix’s Sex Education, as his next cover star”.

“He wants to appeal to everyone, not just women,” a source confided to The Mail. “To him, the future is a genderless, multicultural Vogue that appeals to everyone and excludes no one. Gay men have always bought the magazine but he wants to attract everyone and reach out to an audience who would not traditionally buy a women’s fashion magazine.”

It’s been long rumored that he is being lined up to take over Wintour’s job as editor-in-chief of American Vogue, a position that she has held since 1988 and Global Chief Content Officer of the magazine’s publisher, Conde Nast.

A source said: “There have been plenty of pretenders to the throne but Edward considers himself her natural successor and he is the only person who appears to be a real threat.”

Last month, Enninful was notably absent at Vogue World, a major NYC fashion event for both Condé and Wintour, raised eyebrows among staffers, considering he was in New York promoting his book at the same time—further fueling claims that fiery tensions exist between the pair.

In previous years, the relationship between Wintour and Enninful seemed relatively harmonious, at least by the standards of the industry. Yet in Enninful’s recent memoir, A Visible Man, he writes that after arriving at Vogue, “it was hard not to feel creatively stifled in those years,” noting that Wintour had an unofficial list of mostly non-Black models she was looking to bolster. Enninful has become known for highlighting Black women: His first September cover for British Vogue featured Rihanna, the first time a Black woman had appeared on the magazine’s blockbuster issue. Under previous leadership, only five covers out of hundreds had featured Black models.

“She brought me there because she knew that I will push,” he told the Times of Wintour. “She likes people who push back.”

Meanwhile, it sounds like Wintour has no plan to leave her position anytime soon. “I always focus on the present,” she told Maureen Dowd when asked if she could see Enninful taking her place.

For his part, Enninful’s official comment to Dowd on the matter left the door open. “I’m happy working in Europe,” he said. “But you never know what the future holds.”

Condé sources are adamant, however, that Wintour will not be leaving her perch anytime soon, leading many to speculate that she may try to appease Enninful by finding him another top job within the media empire.

One possible scenario: Whenever David Remnick steps down as editor of The New Yorker, Wintour would replace him with current Vanity Fair editor Radhika Jones, opening a seat for Enninful to take over the prestigious outlet.