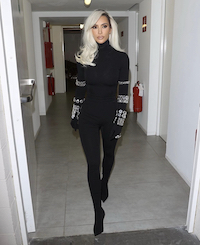 Kim Kardashian Is Collaborating With Dolce & Gabbana On An 90s Inspired Collection, The Label Has A History Of Homophobia And Racism 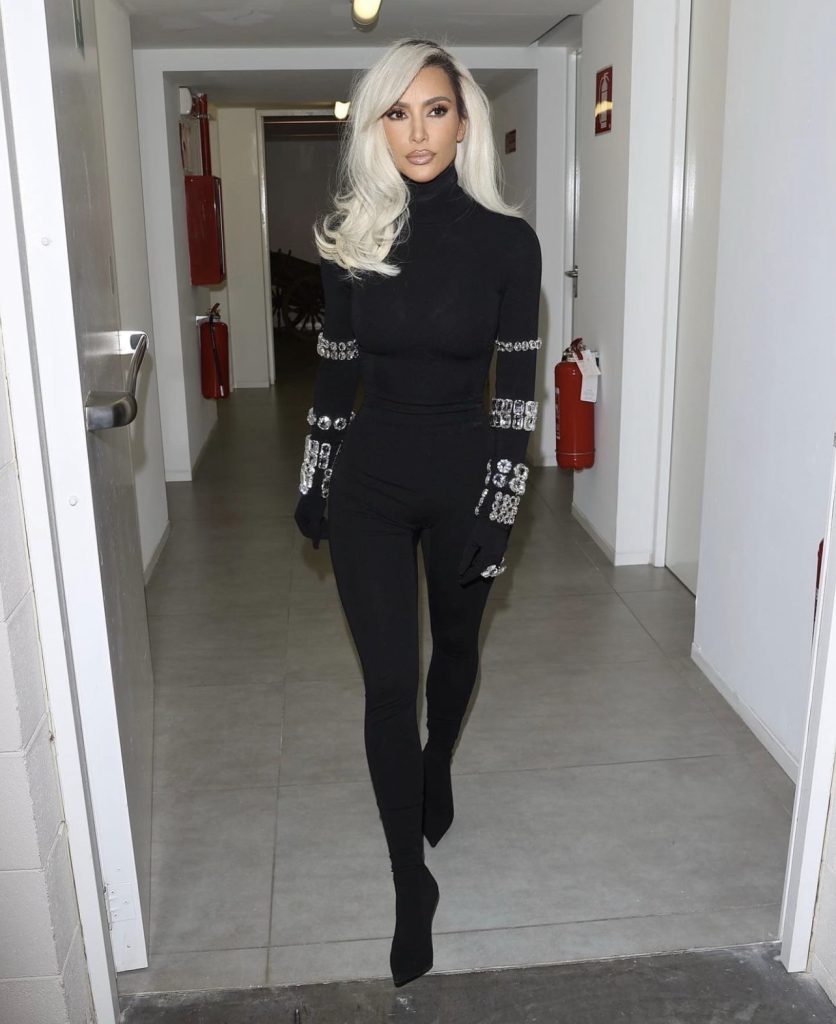 MILAN, ITALY — This past weekend, luxury Italian house Dolce & Gabbana staged its Spring 2023 runway show at the Metropol in Milan, for which the high-end fashion label partnered with Kim Kardashian in a presentation dubbed “Ciao, Kim.” The collection consisted of 85-looks, blended Classical Hollywood glamour with plenty of throwback ’90s elements.

The show opened with a giant screen projecting a clip of the reality star turned mogul slowly eating a plate of spaghetti. Background sounds of camera clicks and screams of “We love you, Kim!” blasted over the speakers while Kris Jenner, Khloé Kardashian, Lala Anthony and North West sat front row, taking it all in.

The collection itself incorporates many of Kardashian‘s current aesthetic signatures, including vague references to both Madonna and Marilyn Monroe. A color(less) palette of black, white and gray seems to channel vintage films. There are decked-out suits — like a blazer dress paired with skinny pants — and fitted jackets with baggy trousers. Sheer mesh gowns are adorned with structured corseted bodices, while leopard-printed sets and billowing fur coats make for on-brand D&G drama.

There are also references to the brand’s archival collections from the ’90s, reimagined with a Kardashian style. Some pieces are sewn with the years that inspired them: “1999” appears on a pair of pants and “1992” on a jewel-studded catsuit (the one she is wearing in the pics in this post).

After all the models walked, Kim emerged from the smoke, dressed in a figure-hugging, bejeweled black dress. Rather than walking the full runway, she instead gave a brief wave to the audience and was then joined by the designers for a closing bow.

Kim also took to her official Instagram to share her excitement for the collection, selecting her favorite pieces from the brand’s achieves which dates back to 1987 and how the collaboration started:

The last few days have felt like a dream… the most magical experience, & the pinnacle to an incredible journey I’ve been on over the last few months with Stefano, Domenico, & the entire @dolcegabbana team.

I always loved the beautiful, quintessential 90s & 2000’s looks… feminine, bold, they always made me feel so confident & glamorous. You could feel the moment you put on a D & G dress that the intention when it was designed & made was to celebrate the woman wearing it. To make her feel like she could do anything, be anything, own her confidence & her beauty. This has always been empowering & inspiring to me & has been at the heart of my own brands.

What started as a conversation with Domenico & Stefano over dinner, lead to a months long adventure, with the goal to create the #CiaoKim collection, a curated selection of looks from the D & G archives. We went through every single look from 1987 onwards, literally books & books & I selected my personal favorites that I felt were the most iconic.

Not only did the D & G team allow me to curate the collection they also trusted me & my team to create all of the content, the short film, music & creative direction of the show, working along side their incredible team. This process really allowed me to express my creativity without limitations.

Thank you, from the bottom of my heart, to Domenico, Stefano, the entire team at D & G & to everyone who made this show possible. Never could I have imagined as a young girl watching Linda Evangelista & Monica Bellucci on the D & G runways that I would be creative directing a collection & show with D & G for Milan fashion week. I will never forget this moment & this experience. Thank you, thank you, thank you. To be perfectly honest, it’s impossible to celebrate Dolce & Gabbana‘s latest collection without thinking of its problematic past. The label has a legacy of deeply problematic behavior that ranges from homophobia to racism.

In case you forgot or is new to this, let’s take a trip down memory lane:

The brand sends white models down the runway in earrings reminiscent of colonial “Blackamoor” statues, which depict Black people as racist caricatures.

Gabbana decides to attend a “Disco Africa“-themed Halloween party. To make matters worse, the designer shows up in blackface.

Both Dolce and Gabbana publicly oppose the idea of gay couples having children. “I’m not convinced with what I call chemical children, a rented uterus, semen selected from a catalogue,” Dolce tells Italian weekly Panorama.

The designer duo respond to outcry over their support of Melania Trump with a rather trashy campaign touting “#BoycottD&G” T-shirts, made with the explicit purpose of trolling the brand’s critics.

Gabbana deems it appropriate to comment “She’s so ugly!!!” on an Instagram collage of Selena Gomez’s red carpet style. He also digs at Kate Moss, leaving a succinct “no” under a photo of the supermodel in a Saint Laurent dress.

Later that year, the brand launches a racist ad campaign that depicts an Asian model attempting to eat Italian dishes with chopsticks. “Is it too big for you?” a voice-over (male, of course) condescendingly queries as the model fails to pick up a giant cannoli using chopsticks.

After an Instagram user posts about the infuriating campaign, Gabbana allegedly slides into her DMs with a message reading “China Ignorant Dirty Smelling Mafia.” 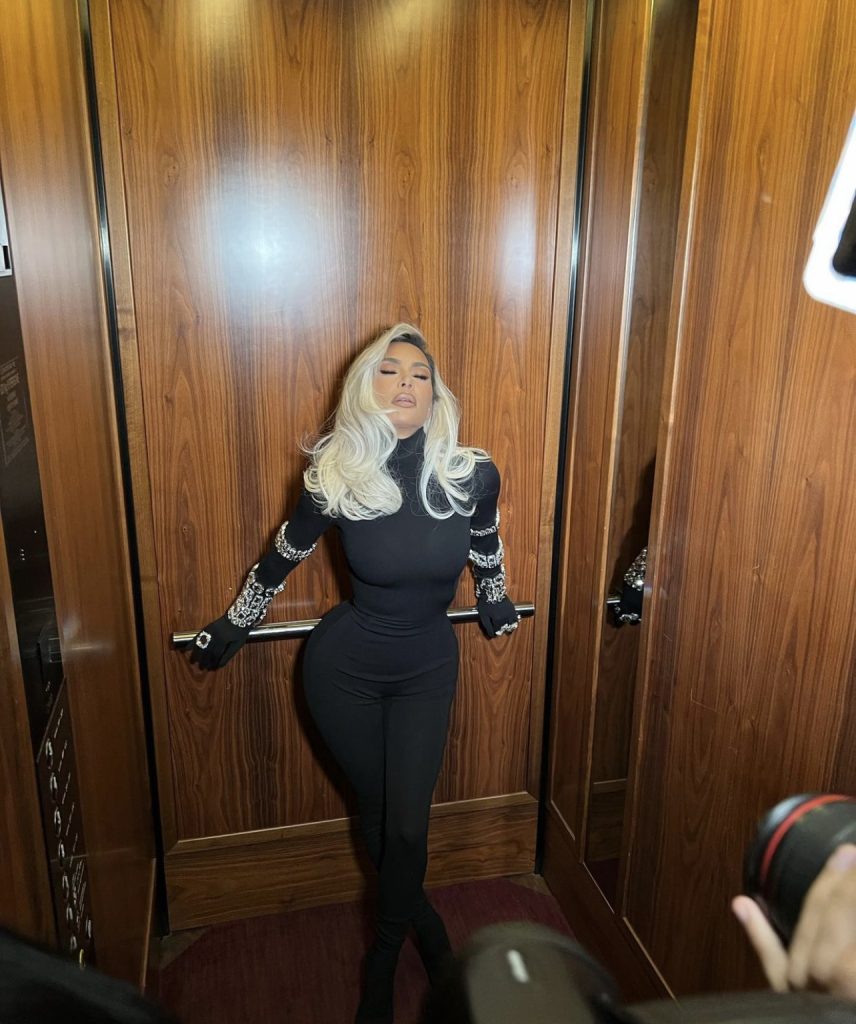 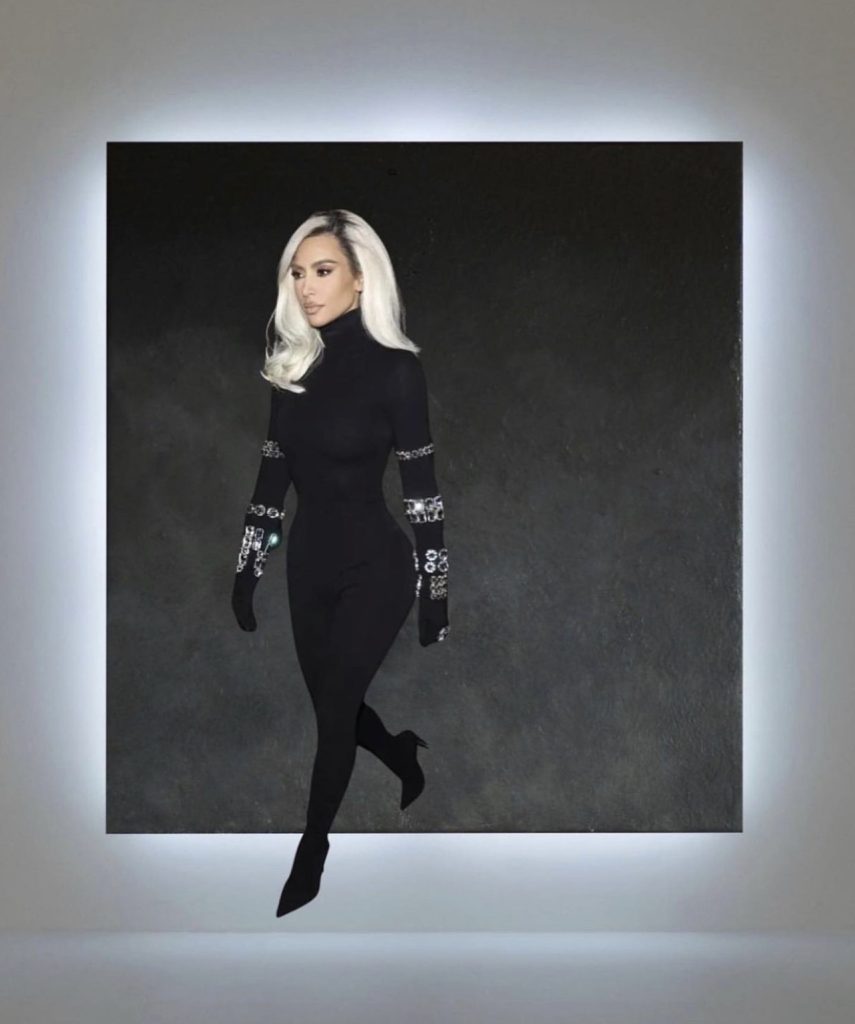