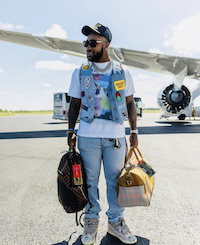 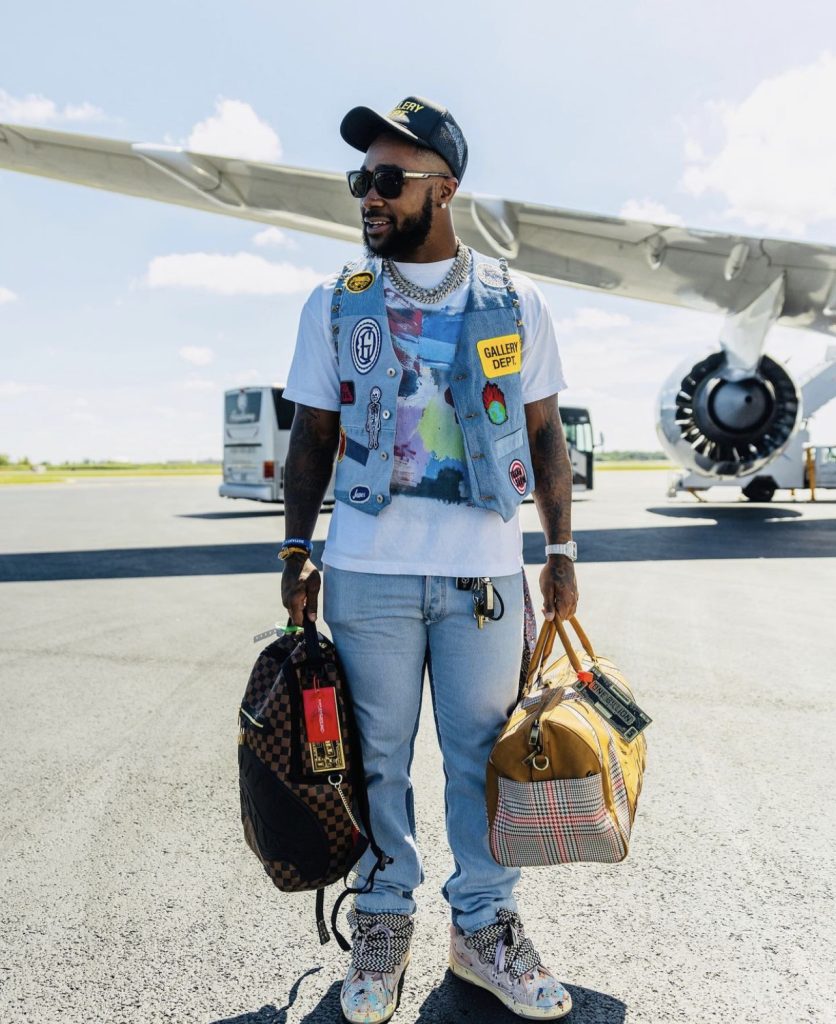 UNITED STATES — Miles Sanders, American football running back for the Philadelphia Eagles was spotted wearing a Gallery Dept. Patch Detail Sleeveless Jacket, which was layered over a white tee-shirt with a pair of Two-Tone Jeans.

The 25-year old completed his look with a pair of Gallery Dept. X Lanvin Leather Curb Sneakers. His outfit was accessorized with a Gallery Dept. Trucker Hat.

Inspired by the ‘90s, the Lanvin x Gallery Dept. II Curb Sneakers takes into account both brands’ aesthetics. Featuring a blend of nappa calfskin, suede, and mesh within the upper, the premium silhouette includes a padded tongue and curved metallic eyelets. The quilted tongue is treated with an iconic Lanvin label and an embossed Mother and Child logo. Paint splatter detailing is seen at the toe box and throughout the midsole, while the rubber outsole adds a durable touch. The satin ribbon laces finish the look.

He was drafted by the Eagles in the second round of the 2019 NFL Draft after playing college football at Penn State.

Miles grew up in Swissvale, a neighborhood in the eastern end of Pittsburgh, Pennsylvania, and attended local powerhouse Woodland Hills High School, where he was a three-year starter at running back. After winning Pennsylvania‘s Mr. Football award during his senior year and attending the Under Armour All-America Game, Sanders chose to attend Penn State over a host of other offers, including the local Pittsburgh Panthers. 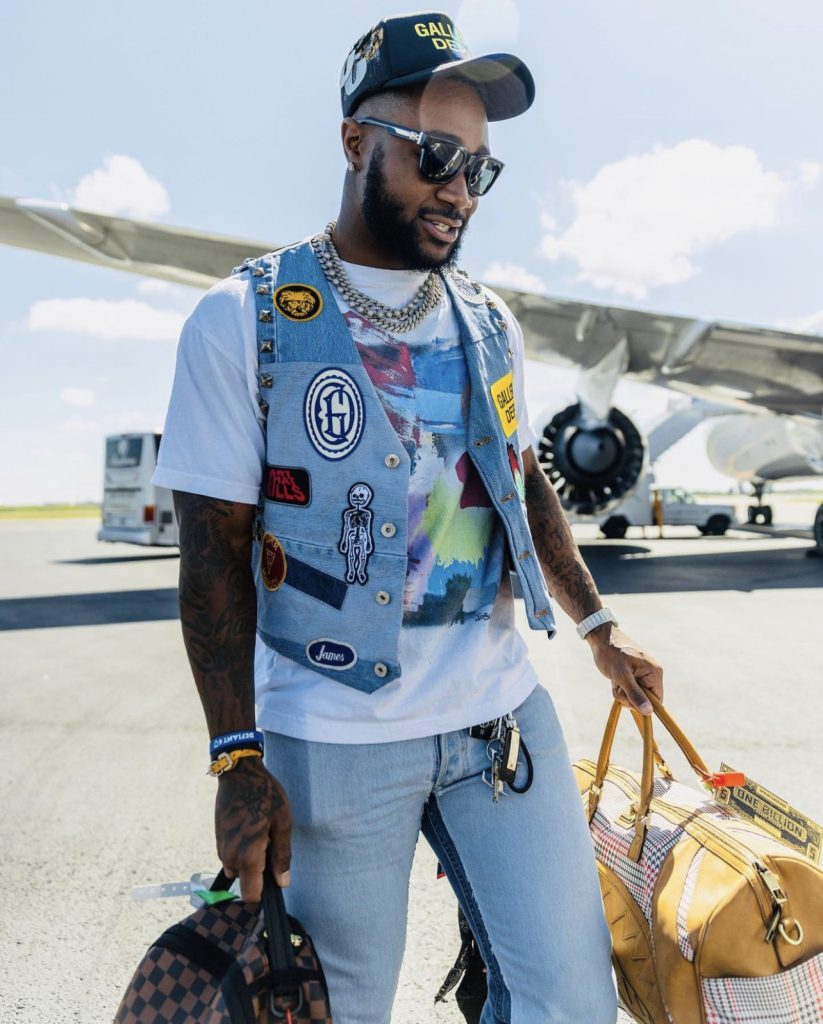 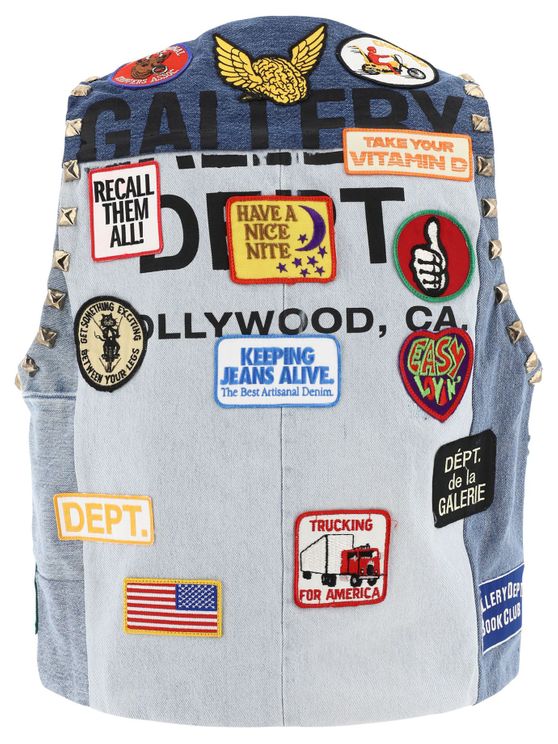 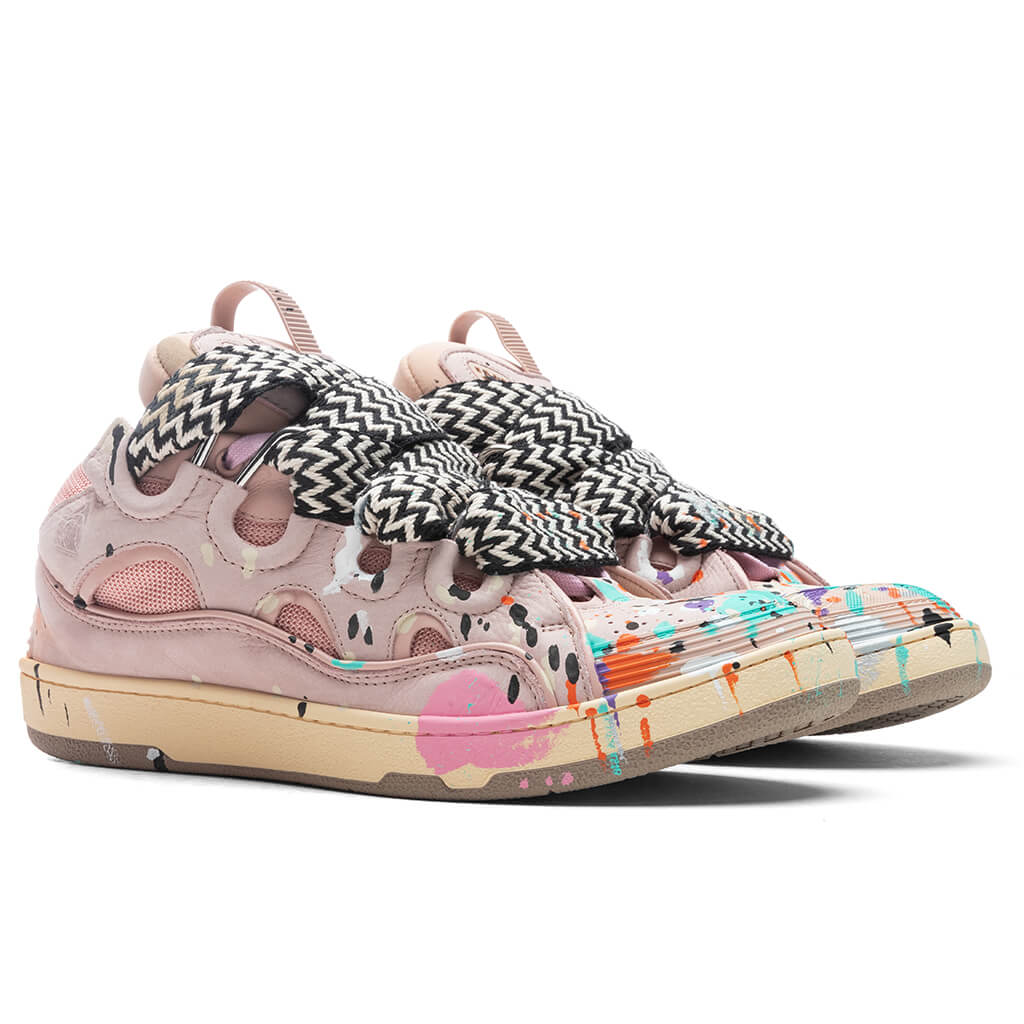 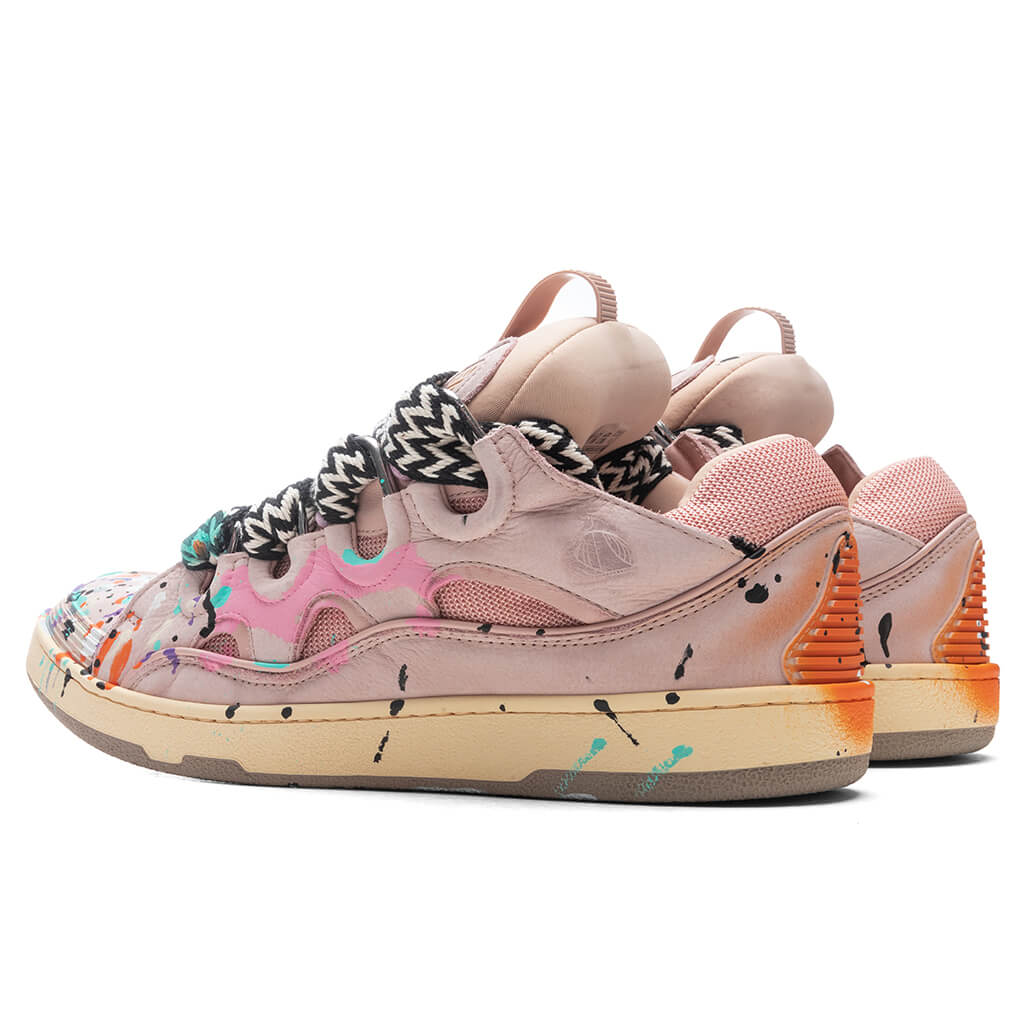