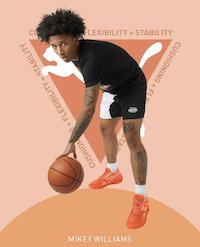 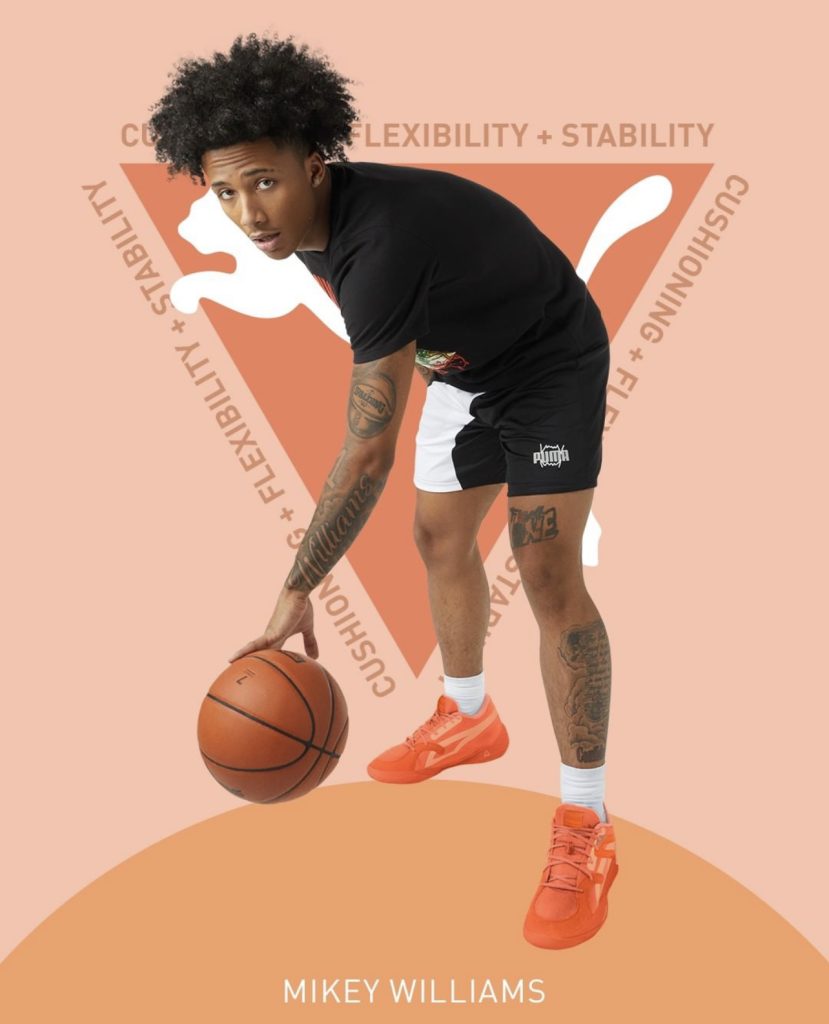 UNITED STATES — 2023 Five-Star CG (combo guard) Mikey Williams, who recently announced that he is returning to San Ysidro in San Diego for his senior year (see it here) is in his own lane.

He is also sitting in the driver’s seat of a burgeoning empire, which includes multiyear footwear and apparel endorsement deal with German sportswear giant Puma (see it here).

Last October, the then 17-year-old, now 18-year-old phenom became the first American high schooler to sign with a global footwear company. The sentiment wasn’t just solidified—it was written in stone.

In an exclusive interview with SLAM, Williams talked about signing with Puma.

“When my family and I made the decision to join PUMA, we knew that PUMA had been in the game a long time,” Williams tells SLAM. “I just wanted to be with a brand that was going to let me be myself, take my input, help me perform on the court, and I wanted a chance to be different and do things differently.”

Mikey will become eligible for the NBA Draft in 2024.

“Hard work pays off, and staying in the lab and working on my game is the most important thing,” Williams says. “Staying true to who I am created this opportunity, and I want to encourage other young kids to do the same. At times the road is hard, but the rewards can be worth it.”

Nine months removed from that historic announcement, those rewards are being realized, as Mikey took an official visit to the University of Kansas in June. This summer, however, his premium is coming by way of spearheading Puma’s latest innovation for the hardwood, the TRC Blaze Court, which just hit Hibbett Sports this summer.

In his fullest form of expression, Mikey is dicing cats up along the perimeter in a pair of TRC Blaze Courts before slicing through help defenders for throwdowns that send spectators in slides and bulging backpacks into hysteria on the baselines.

Years of inspiration and history seep through the seams of the upper’s stitching as Puma’s latest premier hoops silhouette draws upon both its fashion and concrete jungle origins by way of its legendary streetwear predecessor, the 2006 Blaze of Glory. Fans of one of the finest running silhouettes will appreciate the similarly constructed lacing system of the mid 2000s model that displayed a distinctive and significant lockdown fitting. And for the first time since its inception back in 1990, the brand’s staple cushioning system TRINOMIC, replicated from the honey bee’s honeycomb home, makes its debut on the hardwood.

Puma set out to harness three fundamental concepts in the technological realization of the silhouette, directly aiming for cushioning, stability and flexibility. They then added a lightweight ProFoam + midsole for enhanced comfort alongside additional Pebax foam inserted in the heel for instant responsiveness. While the geeky tech aspects of the kicks aren’t his bread and butter, “The first thing that caught my eye was the color blocking,” Williams says.

With time comes change, and as Williams prepares for his senior year, his squad has graduated eight seniors. But as the go-to option and head honcho on the court for what seems like his entire basketball life, leadership will be the furthest thing from a problem.

“I feel like I have been a leader my entire career,” Williams explains. “But as a senior, it will be my responsibility to really be that coach on the floor and help the young guys learn our system and how Coach Tuck [San Ysidro head coach Terry Tucker] likes to do things ASAP.”

Admittingly, Mikey knows everyone in the conference and state will be “gunning for us,” but that ain’t nothing new to a teenage hoops sensation with 3.7 millions IG followers who’s signing brand partnership deals left and right. 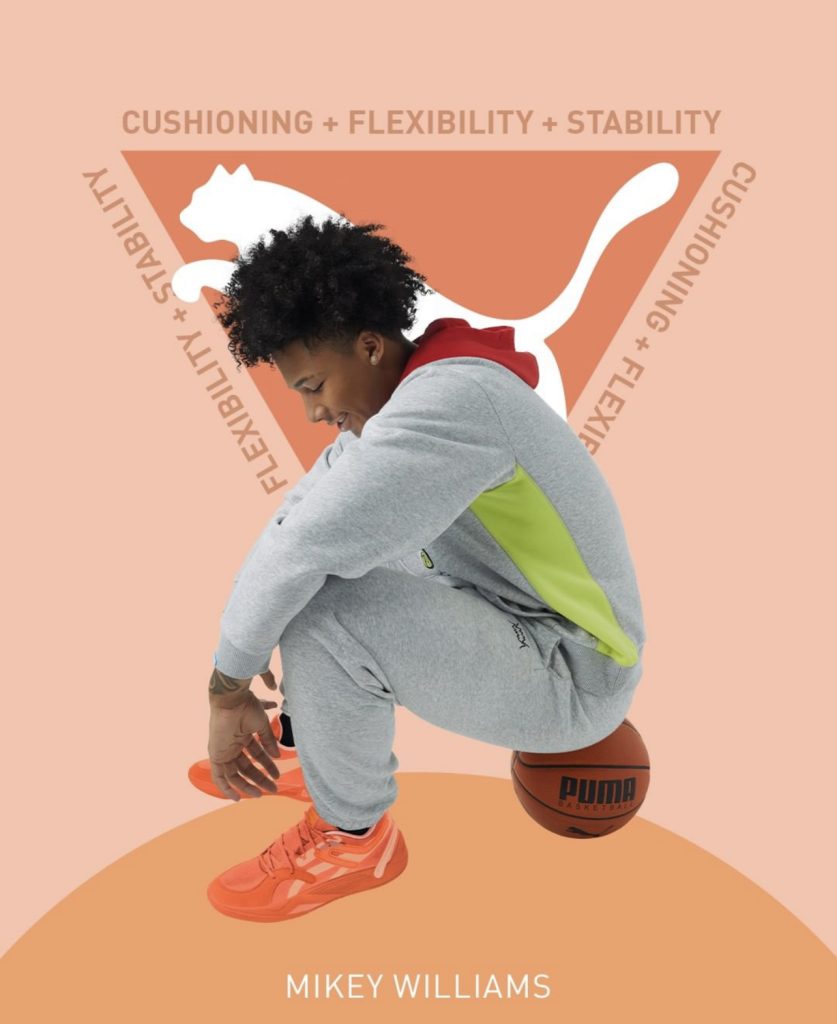 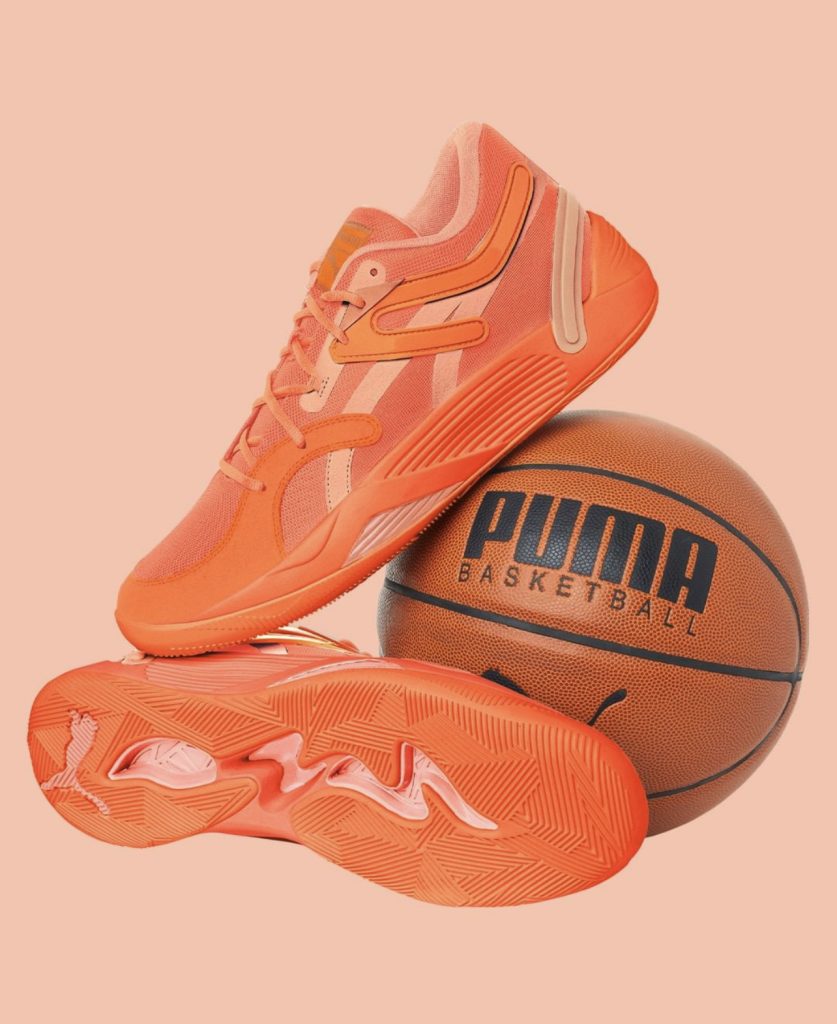