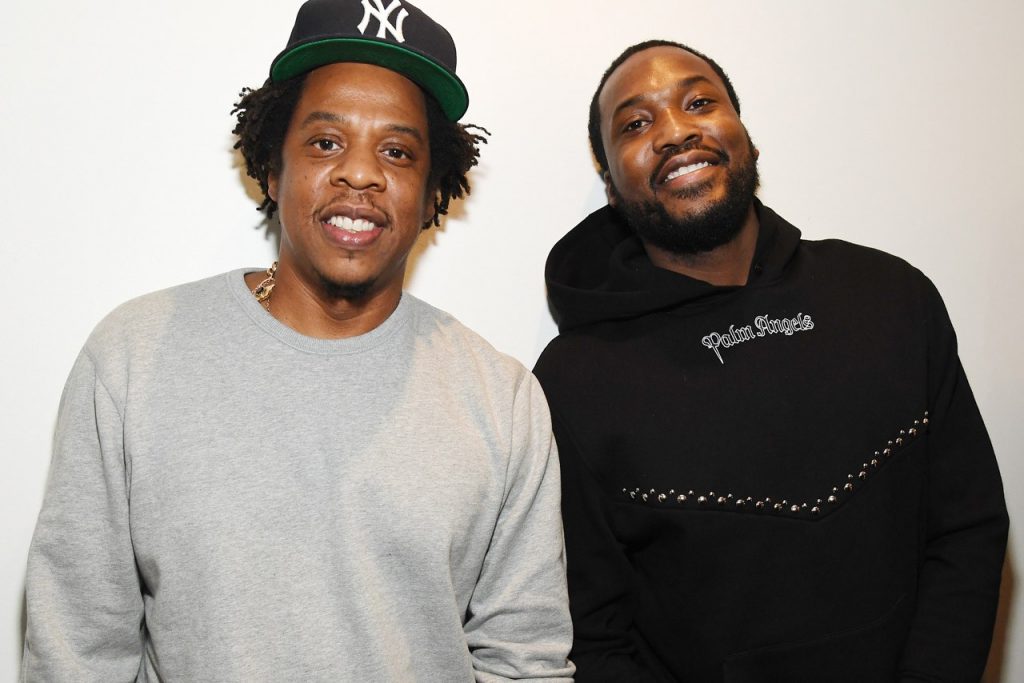 The multi-platinum selling Philly rapper who first signed with the Roc in 2012 under a management deal, is no longer featured on the company’s website and has been removed from their social media pages. In 2019, Meek inked a joint venture deal with Roc Nation for his imprint Dreamchasers, where he became president. Following his incarceration in 2018, Meek also teamed up with Jay Z the following year and created Reform Alliance — a non-profit organization set to eliminate unjust sentencing laws in the United States.

Earlier this year, Meek expressed frustrations with his label Atlantic Records after scoring a No. 3 debut on the Billboard 200 with his latest album, Expensive Pain. “They didn’t put nothing into expensive pain and then said I can’t drop another project for 9 months at the end of my contract after I made them 100’s of millions ….. how would can anybody survive that … most rappers can’t speak because they depend on these companies “I don’t,” he tweeted.

He admonished the label for not allowing him to release music on his own accord and sullying his relationship with Roddy Ricch. “So look I made Atlantic records 100’s of millions and let them rape me out out Roddy a artist they came to me about in jail … they still saying I can’t drop music until 9 months after my last album got blackballed just wrapped buildings and Nina art with talent.”

He continued, “Roddy my youngin still …. But that label seperated us instantly when the millions came in from him… same thing they tried to do with me and rozay … it takes a long time to catch up too because most of em tied in for the love of some money …artist scared to speak up.”

At the time of this post, representatives for Roc Nation and Meek Mill did not immediately respond to requests for comment.