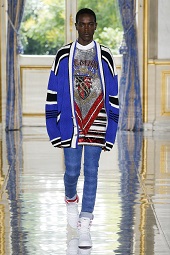 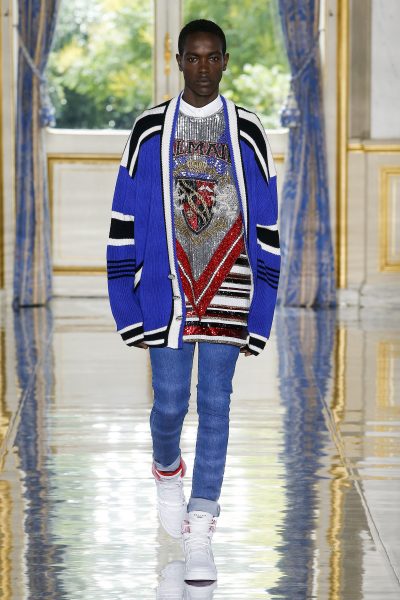 PARIS, FRANCE — Paris Men’s Week kicks off June 21 and will run until June 26.

The provisional Paris men’s calendar was released on Monday and it confirmed 76 physical events out of a total of 84.

At the time of this post, it has not been confirmed who will be claiming the closing 8 p.m. spot on June 26, currently indicated as “timing reserved”? Could it be Vtmnts, announced on January’s calendar but ultimately absent, or the return of Celine, whose latest men’s collection for fall 2022 was unveiled in early March?

In the meantime, the initial lineup published by the Fédération de la Haute Couture et de la Mode, French fashion’s governing body, revealed a slew of prominent names returning to Paris Fashion Week, starting with Comme des Garçons Homme Plus, absent since the onset of the COVID-19 pandemic. It will show Rei Kawakubo’s designs at 5 p.m. on June 24.

Other popular returnees are Junya Watanabe Man, slated on the same day at 10 a.m., Thom Browne and Givenchy, which showed a coed lineup during the women’s shows in March.

After forgoing his show originally planned in January, Los Angeles-based Mike Amiri is slated to make his Paris debut at 4:30 p.m. on June 23.

London-based Craig Green, who had moved his presentation to Paris in January 2020 and eschewed digital formats throughout the pandemic, and Antwerp-based Namacheko, will also showcase their spring 2023 collections in a runway format.

They will be joined by a trio of familiar names. First up is Marine Serre, who is switching her coed show to the men’s calendar to “showcase the collection in an outdoor and unexpected location” on June 25 at 8 p.m. and will make spots available to members of the general public on a first-come, first-served basis, the brand stated.

Stockholm-based label Lazoschmidl, founded in 2014 by Josef Lazo and Andreas Schmidl, is graduating from the presentation schedule where it has regularly shown to the runway schedule.

New on the presentation calendar, where 37 brands are showing this season, are accessible French men’s tailoring label Fursac, owned by SMCP and designed by Gauthier Borsarello since early 2021; the genderless and sustainable eponymous label of Duperré graduate Jeanne Friot, and Shanghai-based designer Feng Chen Wang, whose clever take on her Chinese heritage has garnered her collaborations with the likes of Levi’s and Converse, as well as designing outfits sported by her compatriots at the opening ceremony of the Winter Olympics.

In a surprising twist, Yohji Yamamoto is indicated as a digital-only show, broadcasting at 5:30 p.m. on June 23, after putting on a physical runway show during the women’s shows in March.

The entire spring 2023 schedule will continue to be available through the FHCM’s digital platform, with livestreams and pre-recorded films dropping during each brand’s scheduled slot.

“Nothing replaces physical shows, but [the past years] have proved the amplification and bi-dimensional character of Paris Fashion Week, with physical and digital given a sense of unity, so there is no going back,” says the federation’s executive president Pascal Morand.

And seeing houses big and small continue to flock to the men’s calendar, even as coed shows were touted as the future of runway presentations, demonstrates “the strength of menswear design and absence of dilution of its creative identity,” the executive added.