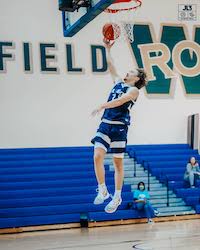 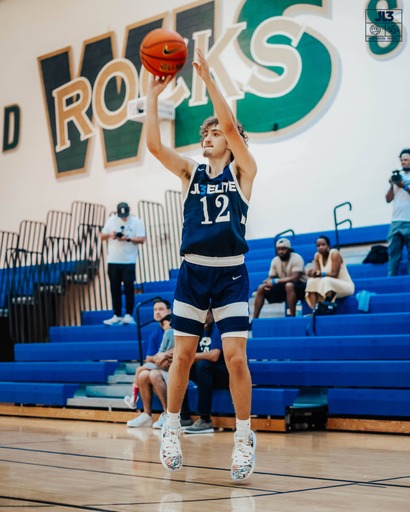 A longtime admirer of Sue Bird’s game, Kyrie Irving may be her biggest fan. He is inspired by her tenacious mentality, which made her a legend and one of the greatest point guards to ever play. The Kyrie 5 ‘Keep Sue Fresh’ celebrates one of the best in the game who, like Kyrie, plays with a cold-blooded passion to win.

This shoe boasts a white-based mid-cut upper that’s paired with colorful texts and graphics throughout the sneaker. The term “#KeepSueFresh,” which is embroidered onto the heel counter, was coined by the Brooklyn Nets baller during a conversation with the sportswear giant; he told them to make sure the WNBA star is always laced with new kicks from his signature line. Unlike the version that Bird wore on court, the retail pair swaps out the translucent outsole for a light blue rubber outsole. 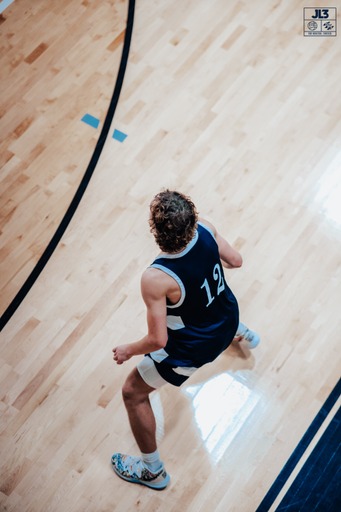 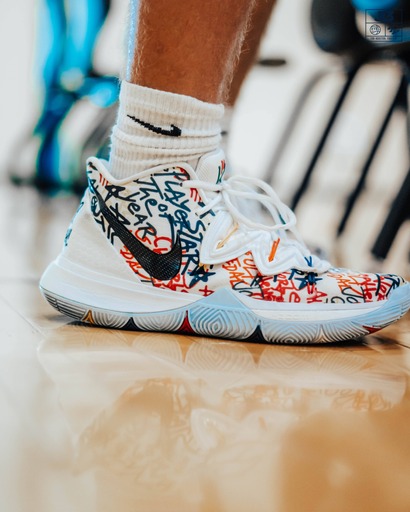 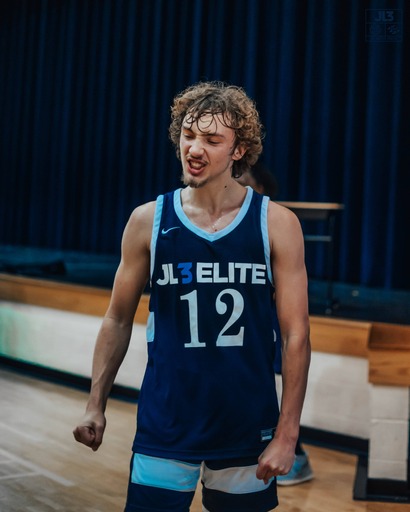 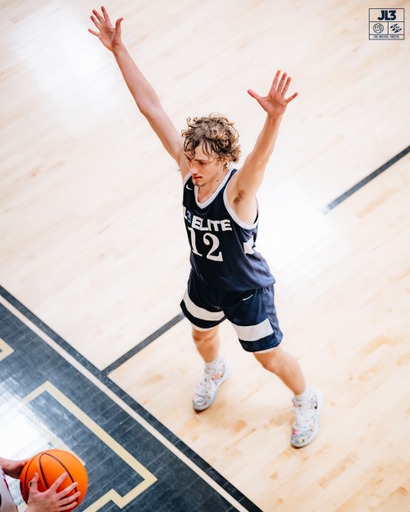 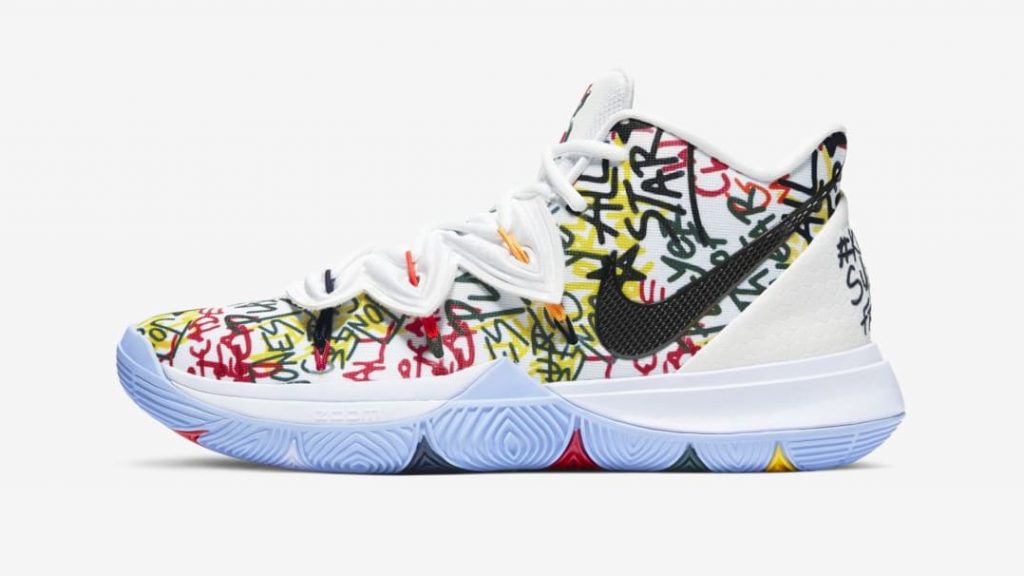 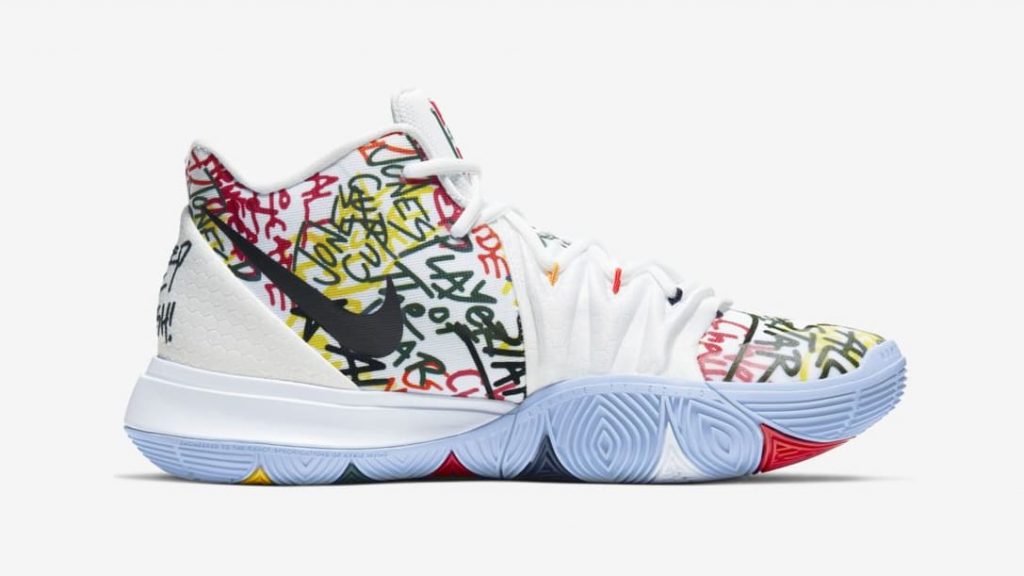