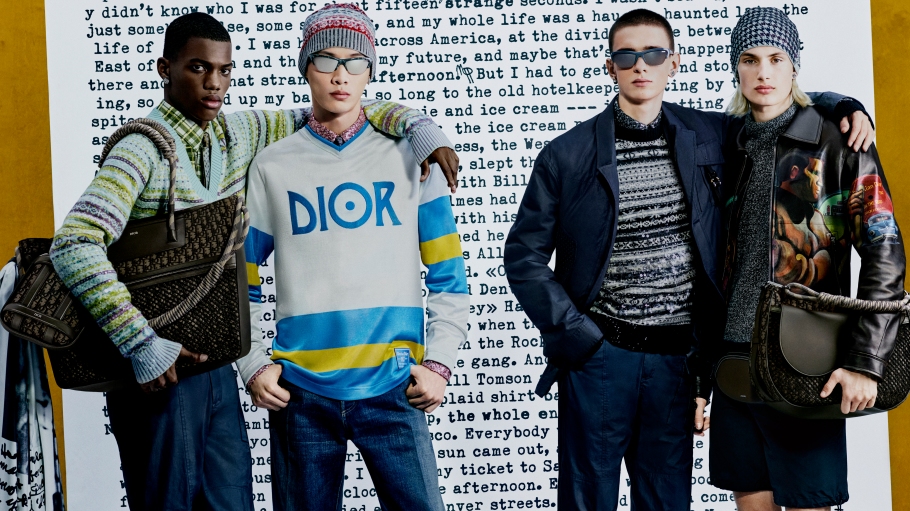 Dior menswear Artistic Director Kim Jones used the typed manuscript of the author Jack Kerouac’s cult novel “On the Road” as the backdrop for the advertising campaign of his pre-fall collection.

Models including Thatcher Thornton, Fabio Silva, Wang Chen Ming, Alex Khristenko and Kaplan Hani posed against a section of the 120-foot scroll, which also inspired the set of the show held in London in December, alongside an exhibition of rare books and manuscripts from Jones’ personal collection. Kerouac would have turned 100 on March 12.

The models were lensed in outfits that took their cues from the Dior archives, 1950s Americana and the creative mavericks of the Beat Generation.

Accessories include the Dior Carlo derby shoe, named after Carlo Marx, the literary incarnation of poet Allen Ginsberg, and a Saddle Nautic bag in a brushed leather version with a grunge silver finish.

Jones incorporated the designs of several book covers into his collection. “When ‘On the Road’ was written, it was very much the same time that Christian Dior was changing things,” he told WWD. “So there’s this sort of synergy of it that I think is interesting: two different ways of approaching how you change the world.”

The campaign, broke in print in the U.S. edition of L’Officiel, was art-directed by Ronnie Cooke Newhouse and styled by Melanie Ward. Peter Philips did the makeup and Benjamin Muller the hair. 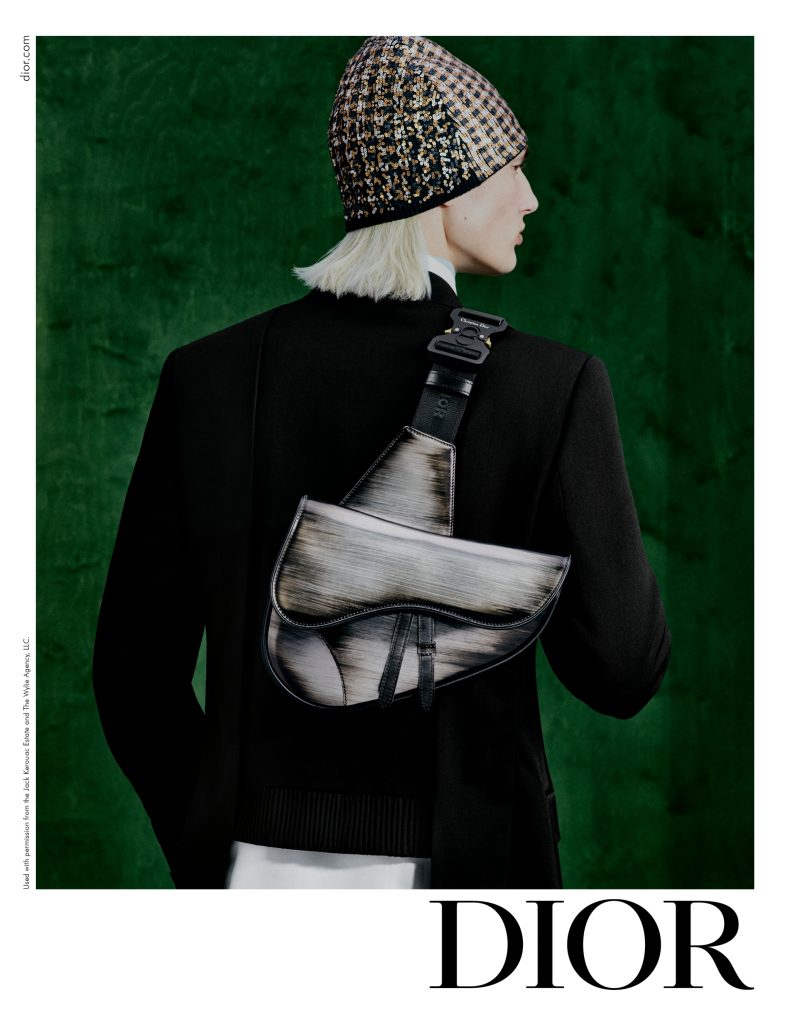 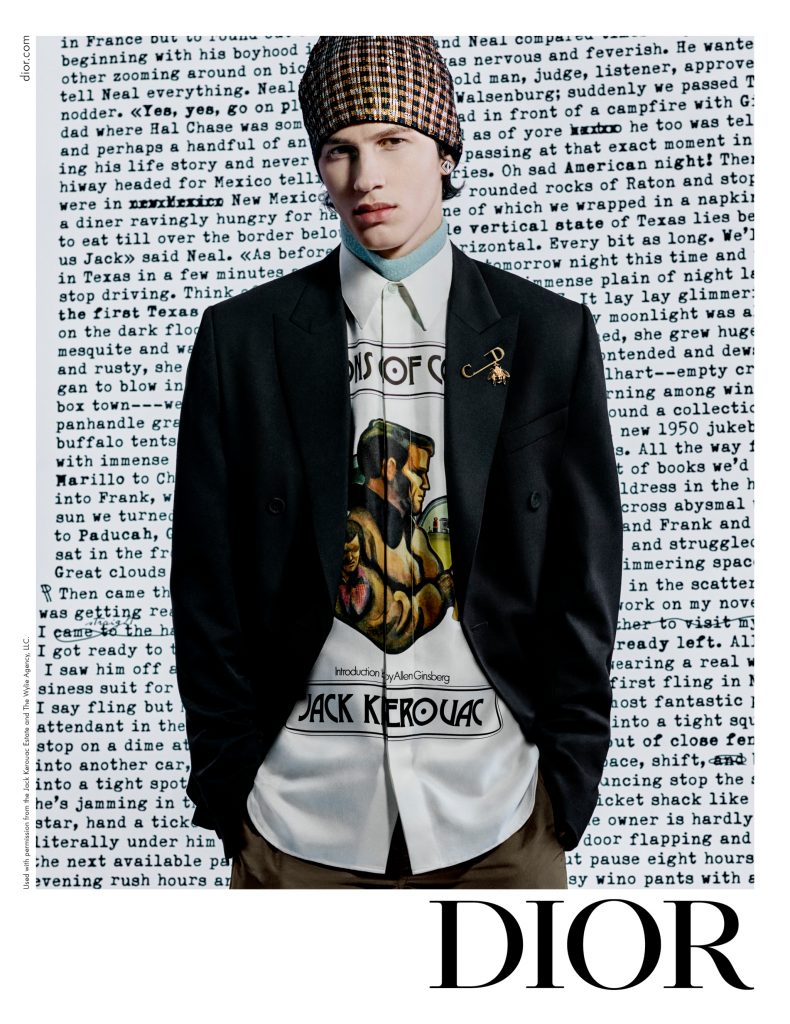