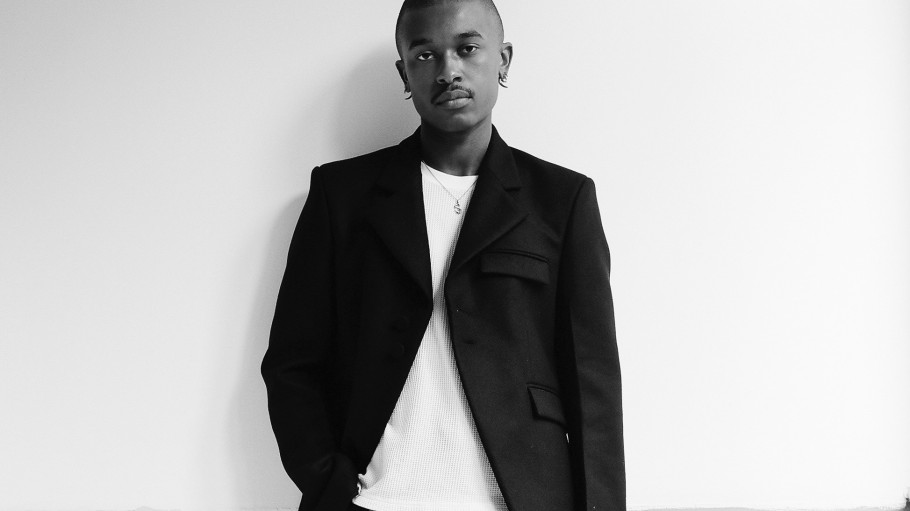 The news did moved the company’s shares a little bit on the Italian Stock Exchange in early trading, which inched down 0.8 percent to 16 euros by mid-morning and closed up 0.68 at 16.27 euros.

Born in Manchester and a graduate of London College of Fashion, Davis founded his eponymous brand Maximilian in 2020.

Asked about the future of Davis’ line, a spokesperson for the Florence-based luxury company said “Maximilian will put his brand on hold and be fully dedicated to Ferragamo.”

Davis is Paul Andrew’s successor. Andrew exited Ferragamo last May and the collections have since been designed by an in-house team.

The news certainly explains why why the Trinidadian British fashion designer, who was shortlisted as one of the 20 semifinalists for this year’s LVMH Prize for Young Designers, withdrew from the competition ahead of the opening of the showroom in Paris, as reported.

Davis launched his namesake brand after working as a junior designer at Grace Wales Bonner, who was the winner of the LVMH Prize in 2016. He previously worked as a freelance designer for Mowalola, Asai and Supriya Lele. Davis holds a bachelor’s degree from the London College of Fashion.

“I am delighted to welcome Maximilian at the house of Ferragamo,” said Marco Gobbetti, chief executive officer of Ferragamo. “The clarity of his vision together with the level of execution and his powerful aesthetic make him one of the most brilliant talents of his generation. His work is defined by elegance, refined sensuality and constant commitment to quality. Through his lens of contemporary sensibility, he will write a new, exciting chapter for this house built on a heritage of creativity, craftsmanship, sophistication and outstanding human values.”

“I am deeply honored to be joining Ferragamo, and grateful for the opportunity to build on the rich and profound heritage of the house,” Davis said. “Ferragamo represents a dedication to timeless elegance and sophistication that I find incredibly inspiring. I’m looking forward to articulating my vision, elevated by the codes of Italian craftsmanship, quality and innovation.”

During his first call with analysts and journalists last week since joining the company in January, Gobbetti said he believed “a creative direction is useful and important for a maison like Ferragamo and I intend to put in place a creative director.”

His brand is stocked at leading retailers like Dover Street Market, Matchesfashion, Browns, Net-a-porter and Ssense.

In September, Davis’ brand was presented at White Milano’s trade show in the special area dedicated to London Showroom.

Last week, the Florence-based company reported a return to the black in 2021, posting a profit of 81 million euros compared with a loss of 72 million euros in 2020, and a 29.5 percent increase in revenues to 1.13 billion euros and beating analysts’ expectations.

Gobbetti, who is the company’s fourth CEO in five years, said last week his priority is to grow the label, injecting “new energy to fuel it,” touting its “history, affection around the world.” He also emphasized Ferragamo’s “strong network of stores, and an excellent supply chain and a great team around the world.”

Rumors about a possible sale of Ferragamo have swirled for years, and have always been denied by the family, which has been easing out of top roles and hiring outside managers to take the business forward. When Gobbetti was announced as the new CEO, analysts said the news reduced the chances that the brand might look for a partner or be sold in the short term.