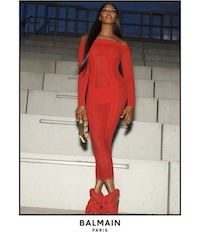 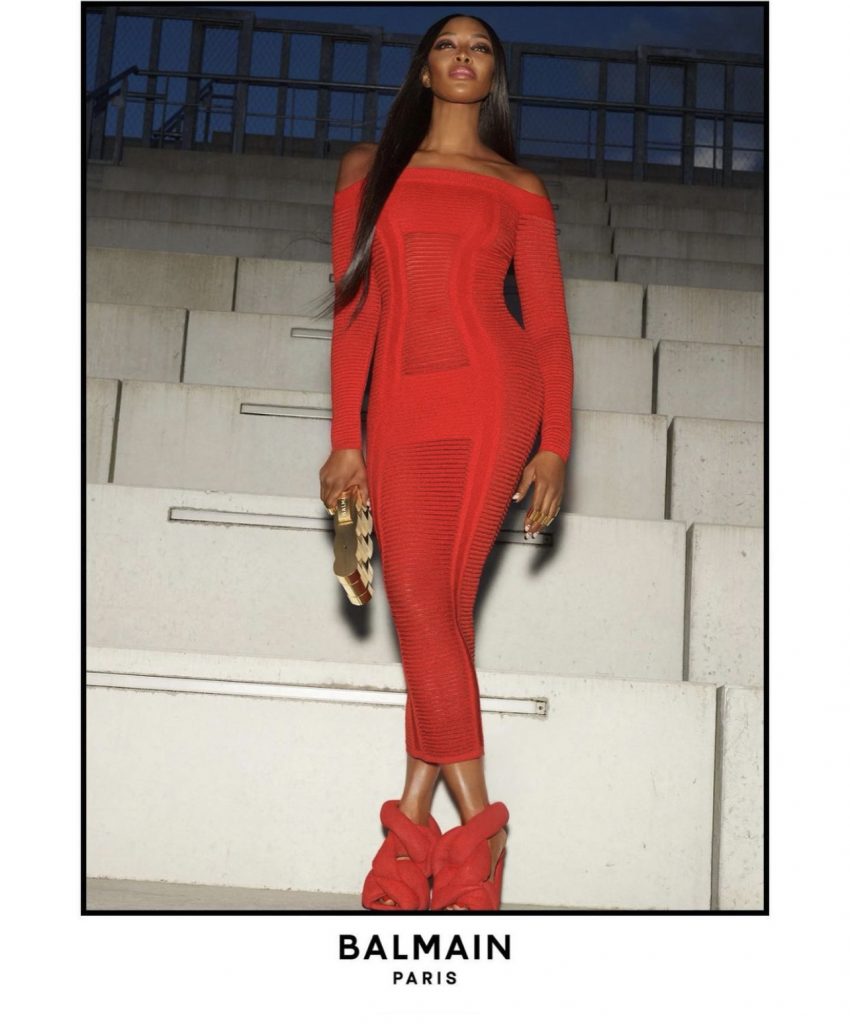 Creative Director and designer Olivier Rousteing decided to shoot his campaign right on the spot, during the house’s spring/summer 2022 show, giving it the spontaneous, “snapshot-like quality” that engages well on social media.

For one of her photos, Naomi Campbell posed in a red dress and shoes. In another photo, she leaned back on the floor in a minidress and kicked one of her endless legs into the air, a squishy bag propped on her stomach.

Photographers Mert Alas and Marcus Piggott, shot the advertisement, used backdrops inside and around La Seine Musicale, the Jean Nouvel-designed concert hall where the fashion and music spectacle took place.

Rousteing confessed that the photo shoot added an extra layer of stress for the Balmain team, but said “all that extra added tension and effort was very much worth it“.

“It’s a true behind-the-scenes peek at what was happening on the day before the big day,” Rousteing said, relishing the chance to work with a “mix of legends who have inspired me since childhood, and some of today’s most remarkable new talents.” 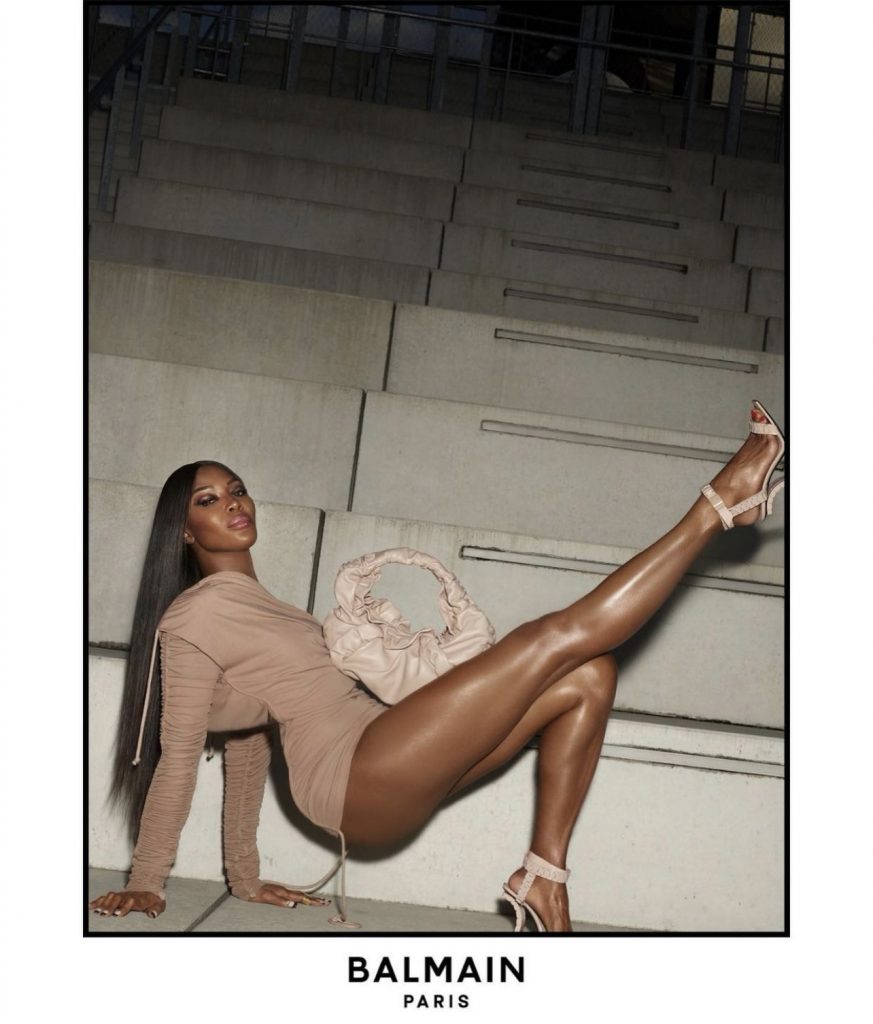