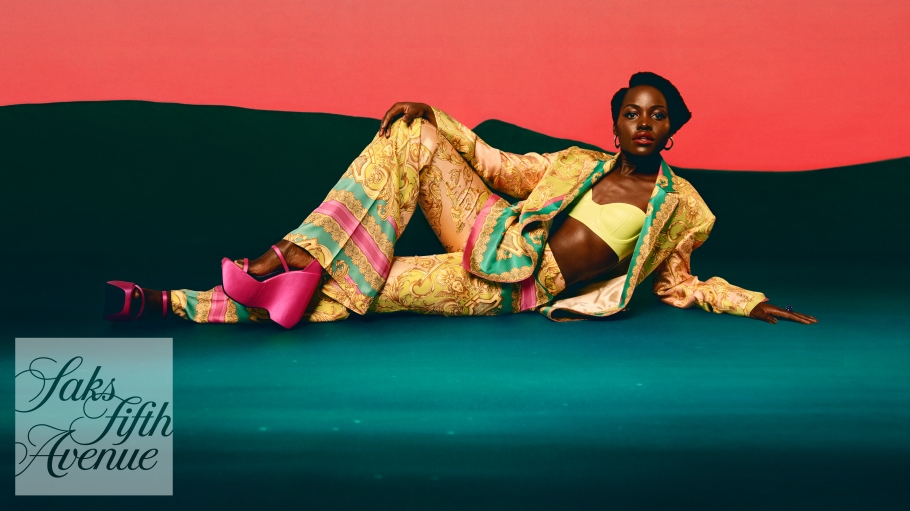 The Academy Award-winning actress, who stars as the voice of Sema in the YouTube Originals series “Super Sema” and in the upcoming summer blockbuster Black Panther: Wakanda Forever, will participate in interviews and videos on Saks’ social media, appear in a magazine ad and custom content, as well as other promotional elements.

The Kenyan-beauty is wearing a Versace matching set, as well as outfits from designers Brandon Maxwell, Monot and LaQuan Smith in the Micaela Erlanger styled and Joshua Kissi photographed advertisement.

Asked about her red carpet style, Nyong’o said she approaches it with curiosity and a sense of humor.

“I love dressing up, it just reminds me of being a kid and like, coming up with outfits from sheets and towels and things. It’s a chance to make believe and to just live at a higher level. So, I have fun with it,” she said.

Emily Essner, chief marketing officer at Saks, said, “We have admired Lupita’s work on screen and offscreen for quite awhile. And we love the work that she’s done around women’s rights. We also love that she really takes risks on the red carpet. I always think of some of those Met Gala looks, they really stand out and she really pulled them off.”

Essner said they had worked with Nyong’o when Saks opened its main floor in 2019, and they’ve been looking for an opportunity to work with her again. “When we looked at the fashion and the mood of the season which is bold and expressive and colorful and whimsical, we said, ‘what a fantastic fit for Lupita. Let’s see if we can work together again.”

The campaign was shot on location in Los Angeles and centered “around optimism and fun.”

“After two years of the pandemic, there’s a lot of optimism in fashion and the excitement of getting out there again, and we’re hoping that comes through in the imagery,” said Essner.

Saks will be on TikTok with the campaign, as well.

As part of the campaign, the Saks It List outlines the season’s must-have trends, which include barely there tops, cutouts, shoulder bags and short suits. To accompany the Saks It List, custom playing cards inspired by the season’s styles were sent to Saks’ most loyal clients, said Essner. The brand hired illustrator Dei Ruiz to make the playing pieces collectible fashion pieces themselves.

“As a fashion authority, Saks strives to bring new, exciting and unique voices in design to our customers and this season is no exception,” said Tracy Margolies, chief merchandising officer of Saks. “We are dedicated to providing the very best assortment, and this campaign reflects the fun trends of the season to come.” 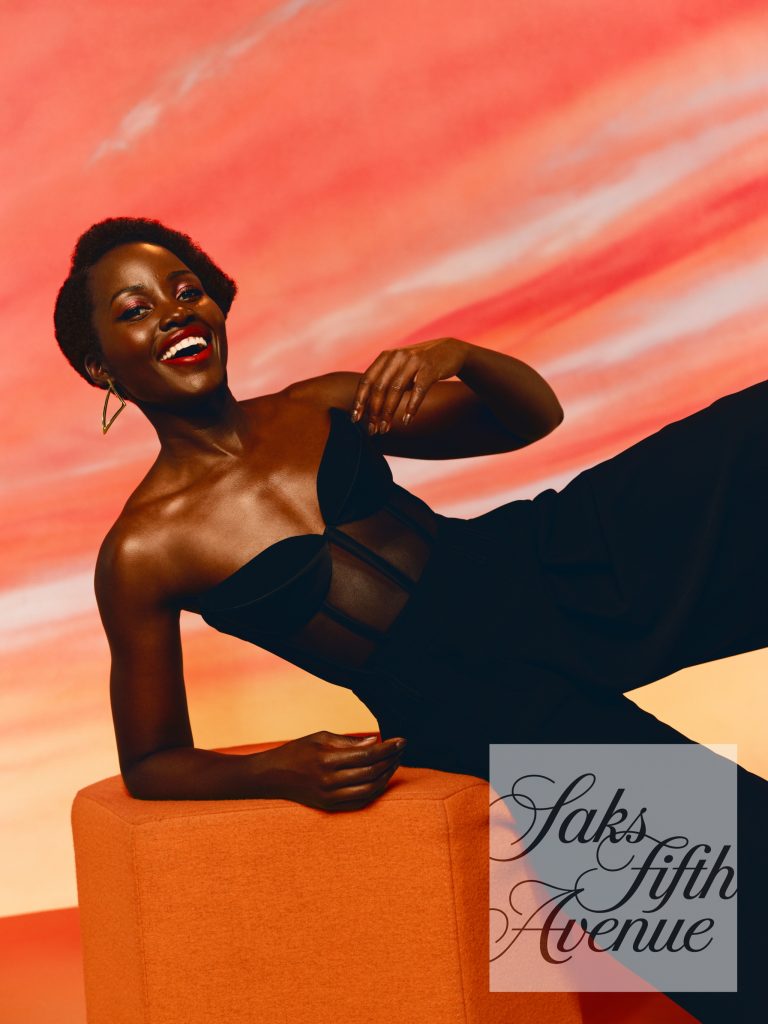