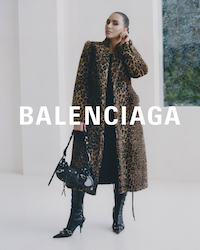 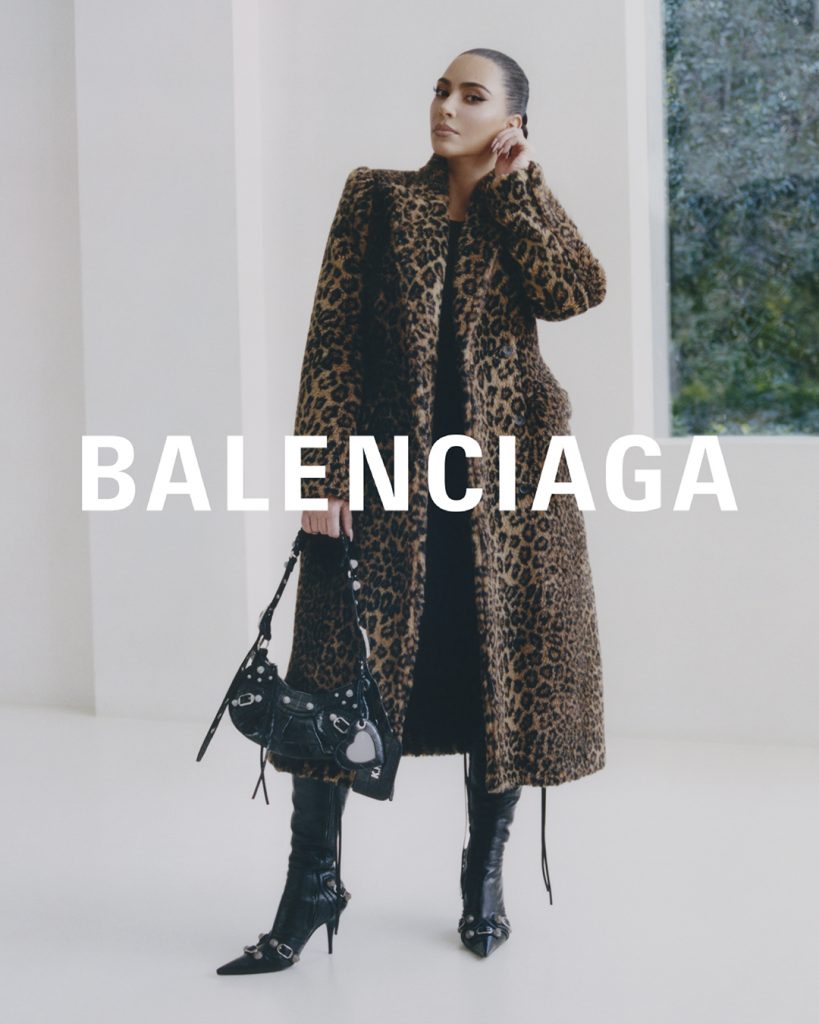 The Stef Mitchell photographed images will drop in several installments throughout the season. Justin Bieber, Isabelle Huppert, Tommy Blue and Marie-Agnès Diene are also featured in the advertisement. Each is shown in a familiar home or work environment.

For the second installment, released on Tuesday, Kardashian West is portrayed in her Calabasas home, taking a selfie alongside a fluorescent Le Cagole handbag with a customized tag featuring the initials “KKW” while wearing a black catsuit.

Another image shows her in a leopard-print coat with the Le Cagole handbag and matching boots. The name of the handbag is a tongue-in-cheek reference to a slang word commonly used to refer to women from the South of France who wear too much makeup and loud clothes.

A third image shows Kardashian West in executive woman mode, wearing a strict tailored black coat with a white Hourglass handbag, sock stilettos and Bat sunglasses. Billboards of the campaign, which focuses on carryover products, are going up in locations worldwide, including the Théâtre de la Ville in Paris. 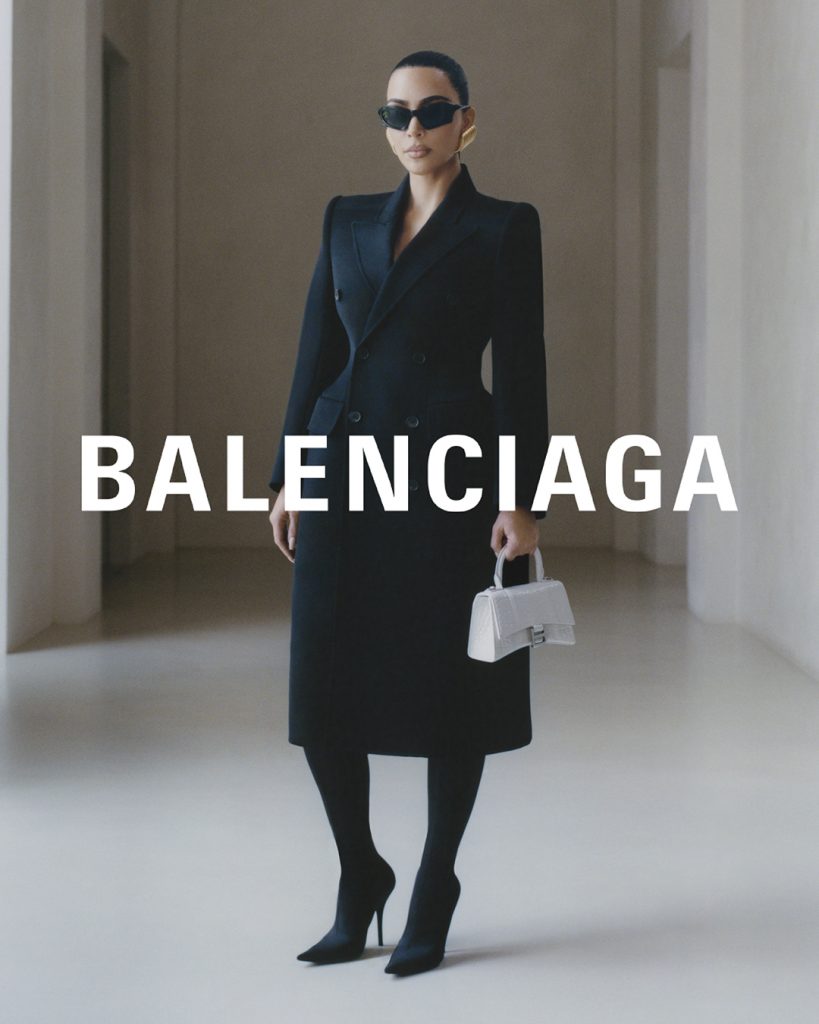 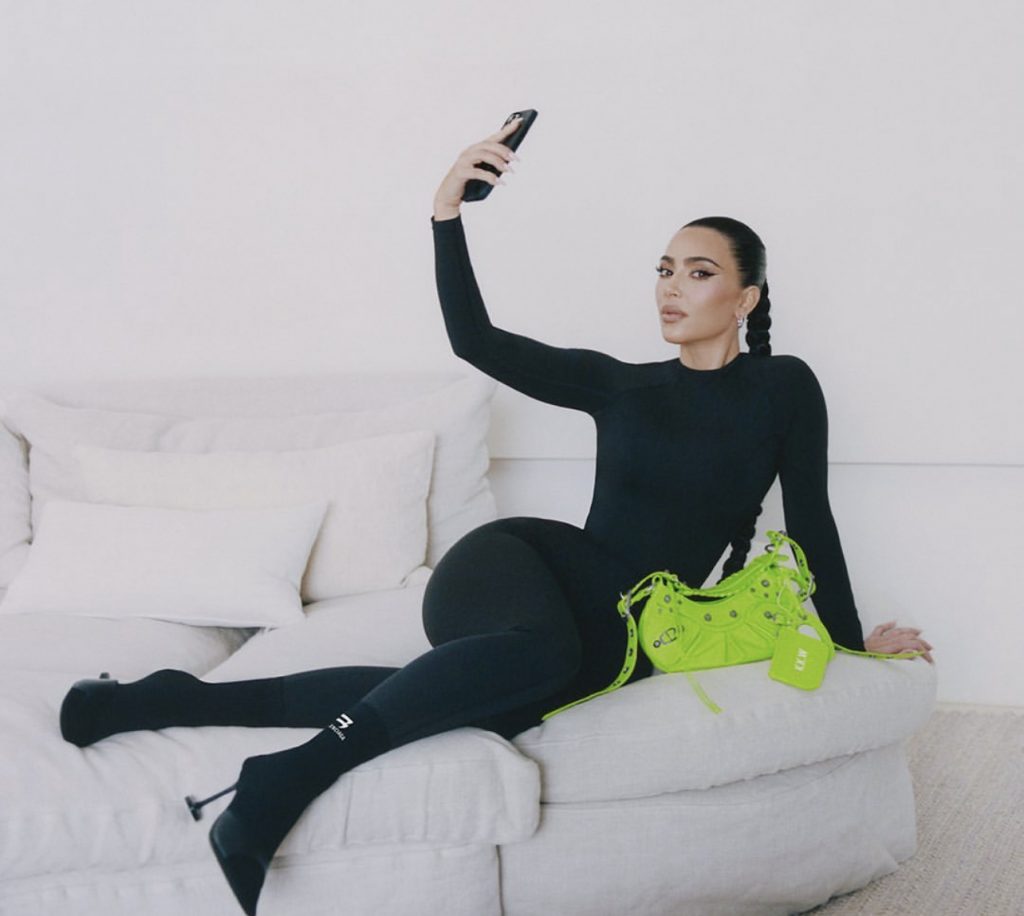 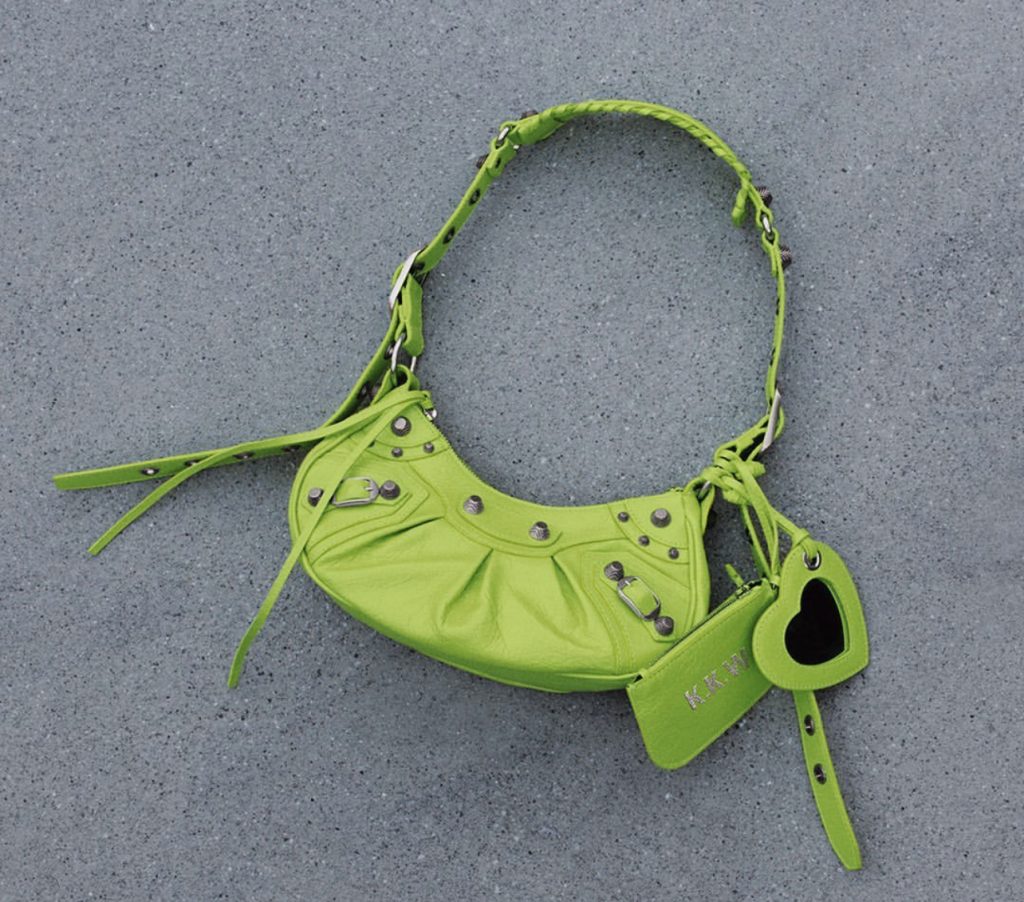 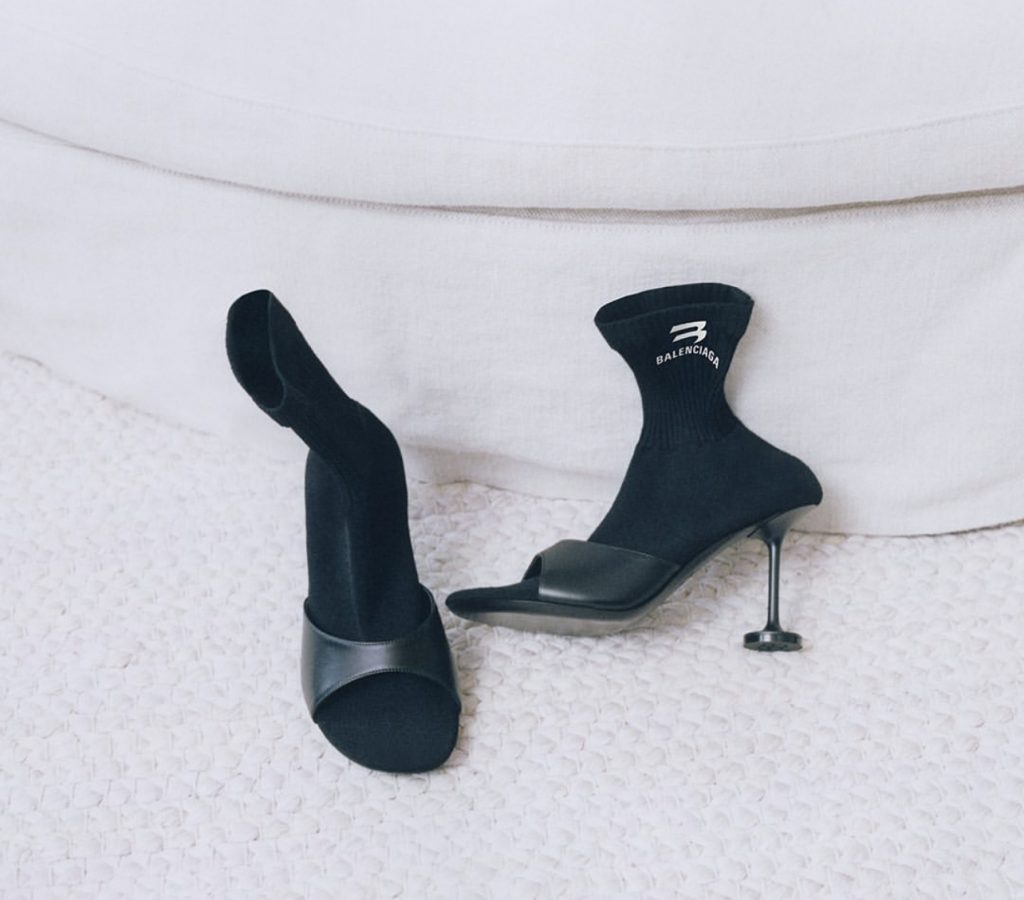 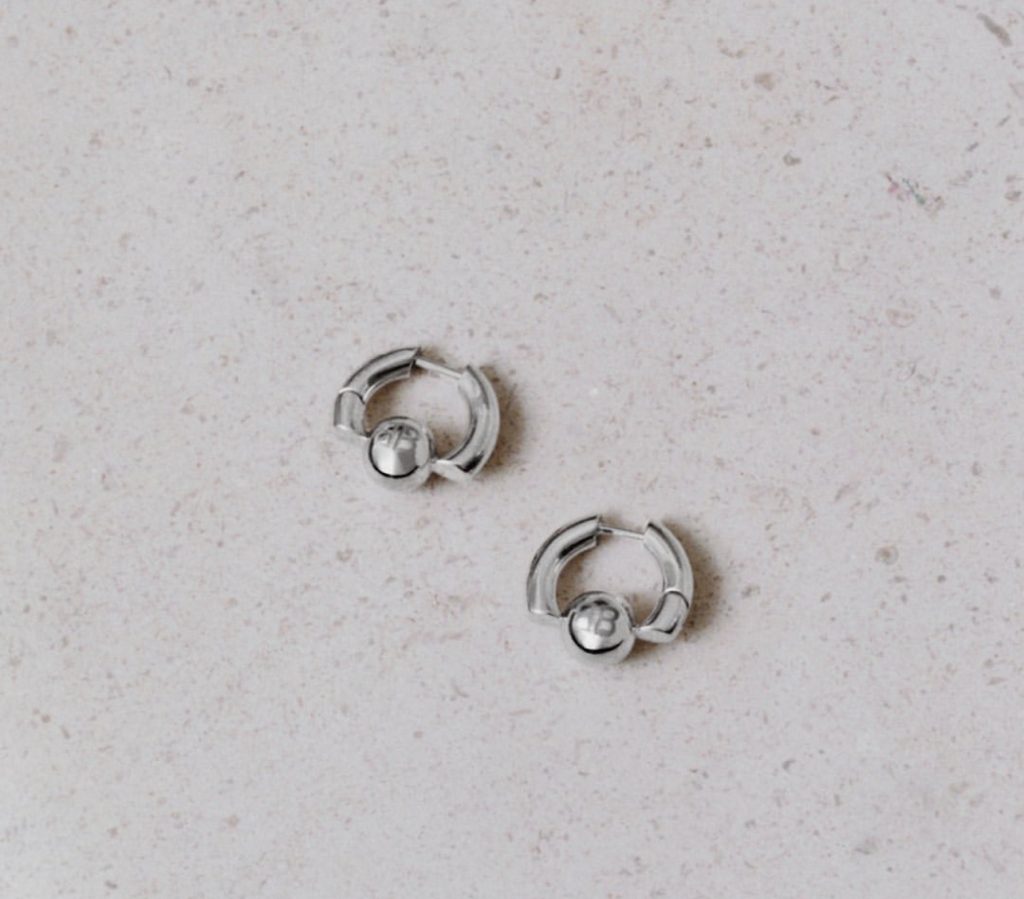