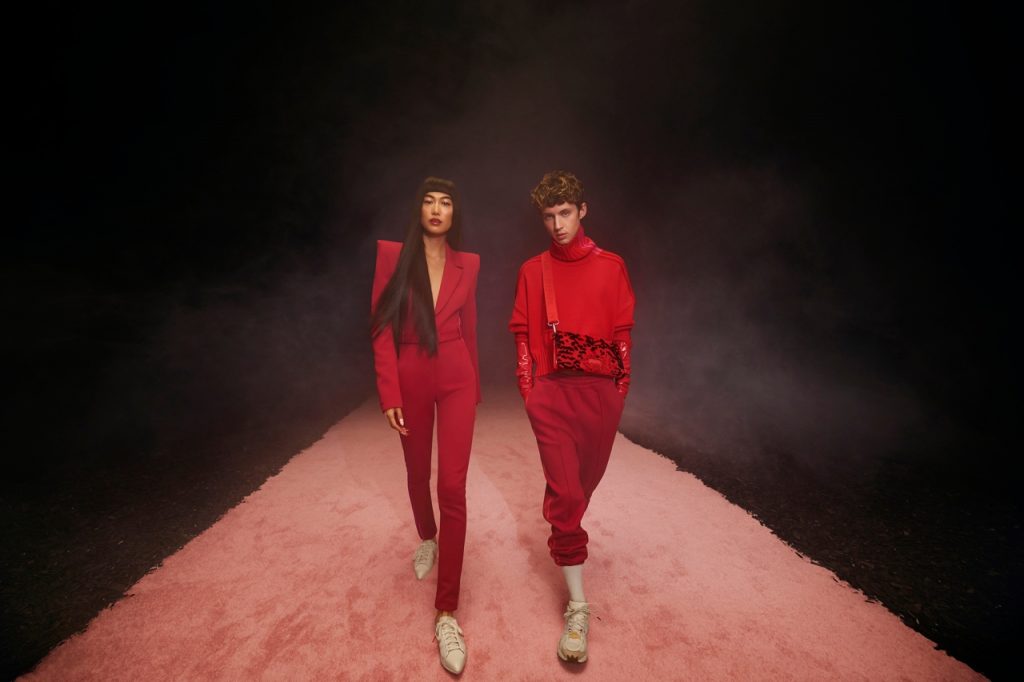 Ivy Heart is the sixth iteration of the collaborative collection produced by German sportswear giant Adidas. The singer teased the launch on Instagram, first with an image of the words Ivy Park in puffy letters transforming into a heart, and then with several of the campaign photos, effectively whetting the appetites of her rabid fan base seeking more details.

The gender-neutral line, which features inclusive sizing, will run the gamut from fashion and performance gear to footwear and accessories. It will be available on the Adidas e-commerce site on Feb. 9 and in stores starting Feb. 10.

The theme of this season’s drop is to love one’s self and ticks the boxes of Beyoncé’s love of athleticism and fashion with its velour dress and tracksuit, faux latex puffer, pique jumpsuit and sequined duster. Accessories include a five-panel hat, a clutch and a heart-lip belt bag.

All told, there are 30 apparel styles, 10 accessories and five footwear styles, available in unisex, regular and oversized fits in sizes ranging from 3XS to 4XL.

Ivy Heart also offers some new footwear silhouettes, including a version of Adidas’s Stan Smith sneaker offered in off-white with a rubber-dipped midsole. The collection features a new silhouette, the IVP Superstar Plim, a mule-style shoe inspired by the Adidas Superstar, also available in off-white, as well as an IVP swim slide in red and an Ultra Boost in hot pink.

The color palette is centered around red along with pink and neutrals and includes Candy Paint, Lipstick Smudge, Raspberry Beret, Red, Red Whine and Cheeks, an off-white shade. The line offers a number of tactile materials including velour, ribbed knit, spandex, jacquard, jersey and faux latex.

The cast is dressed in pieces from the line — all in different shades of red, of course — and photographed with enhanced lighting techniques that evoke thoughts of love and positivity, a hallmark of the brand. 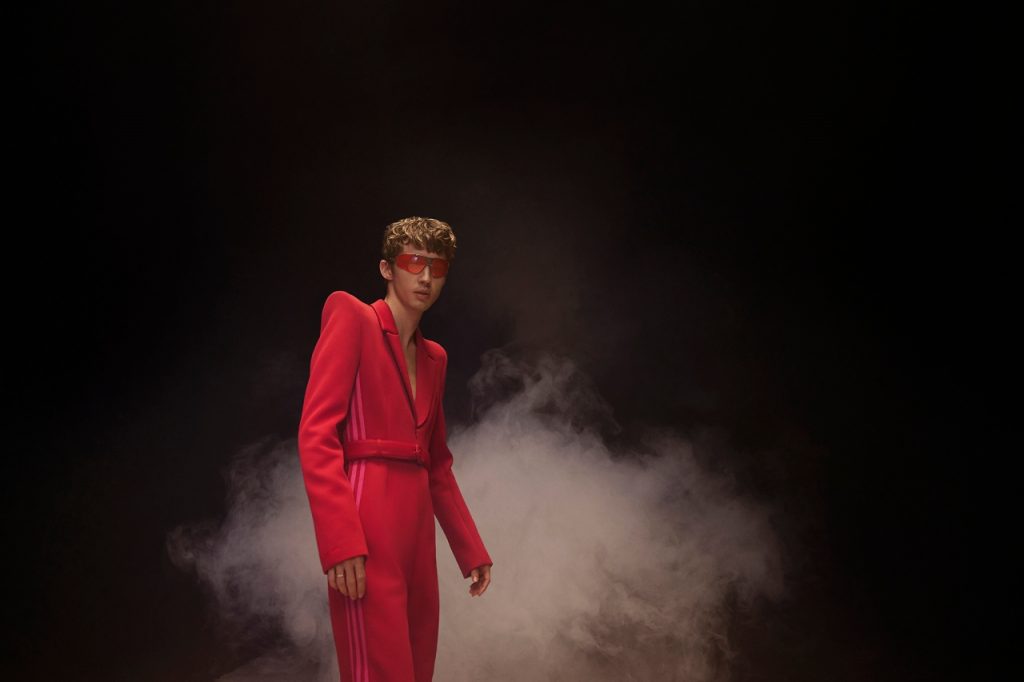 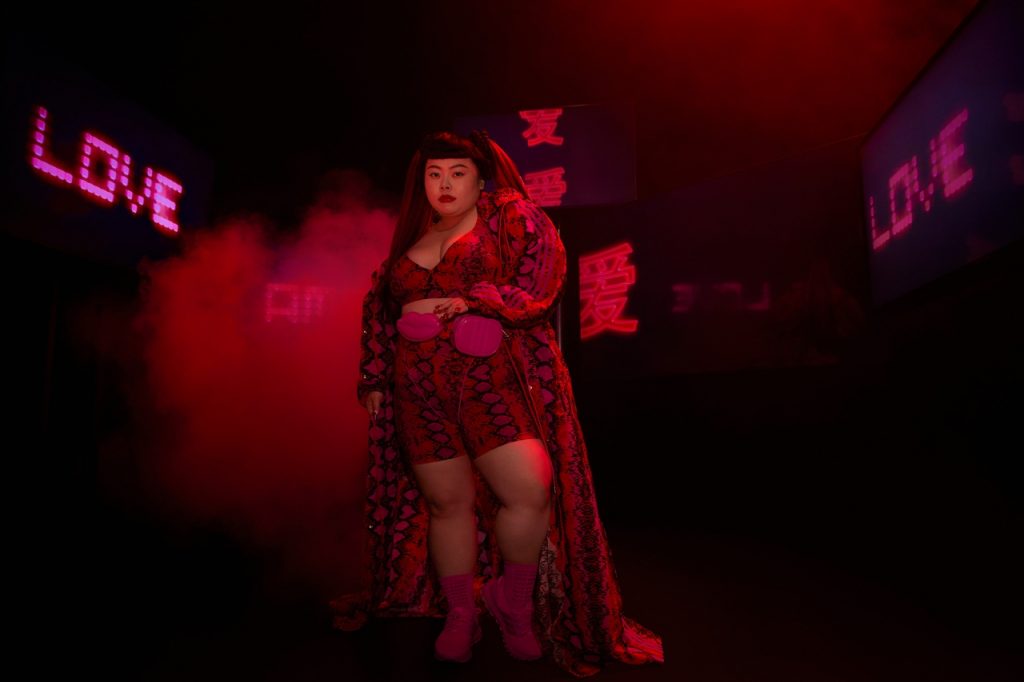 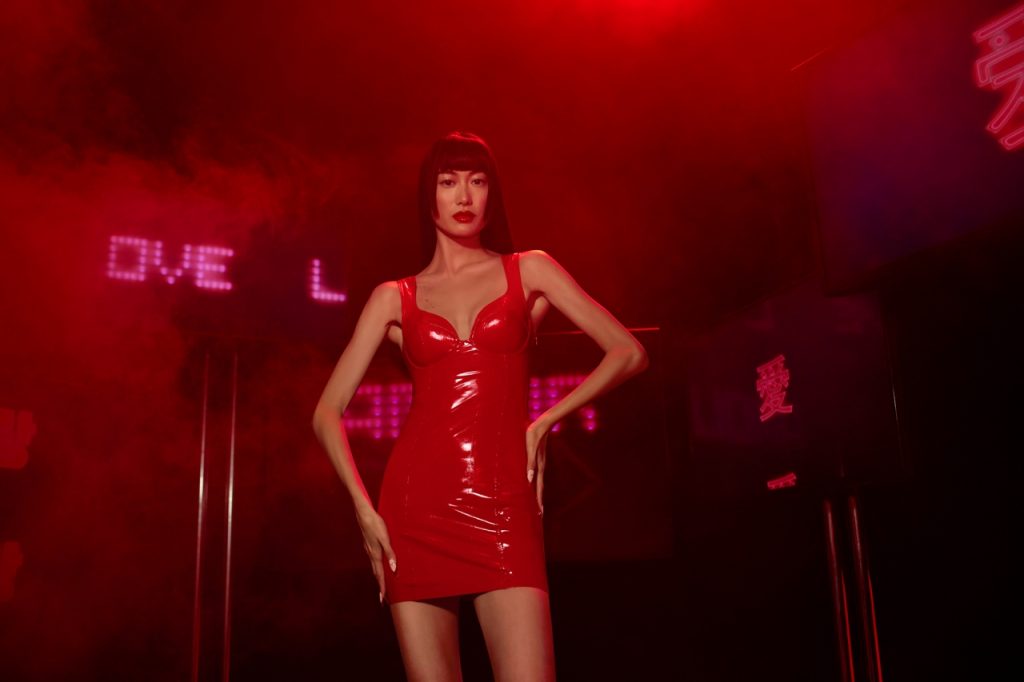 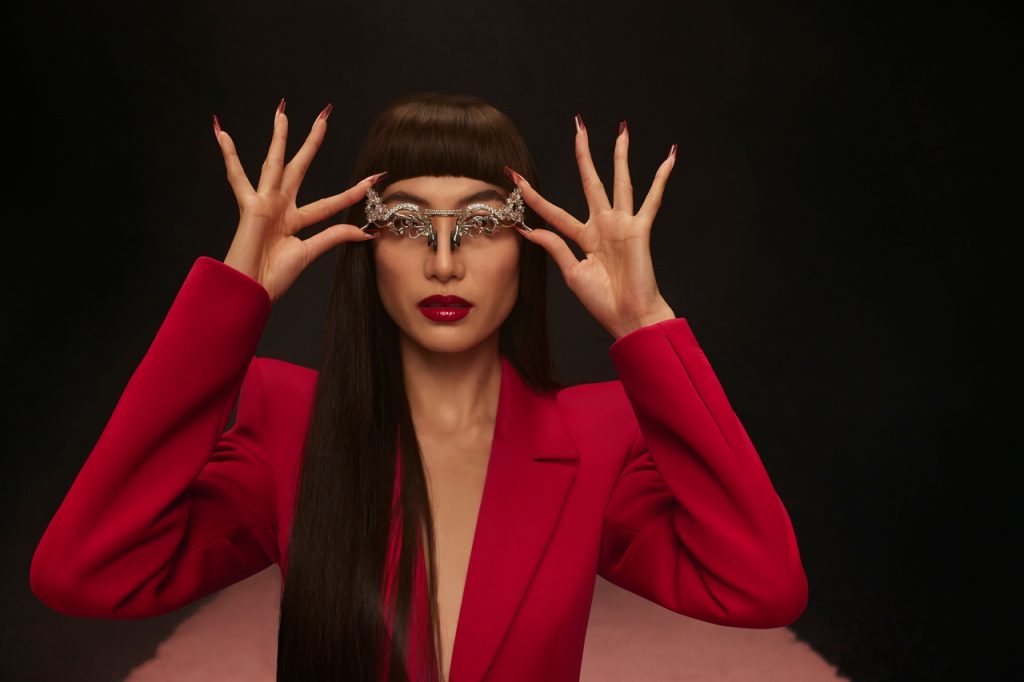 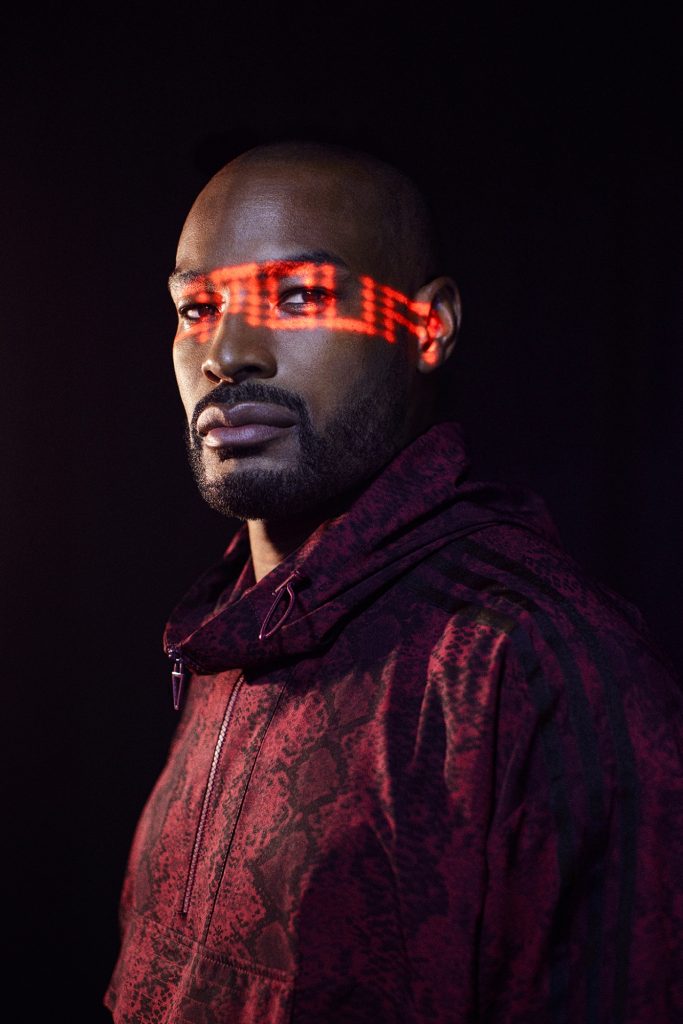 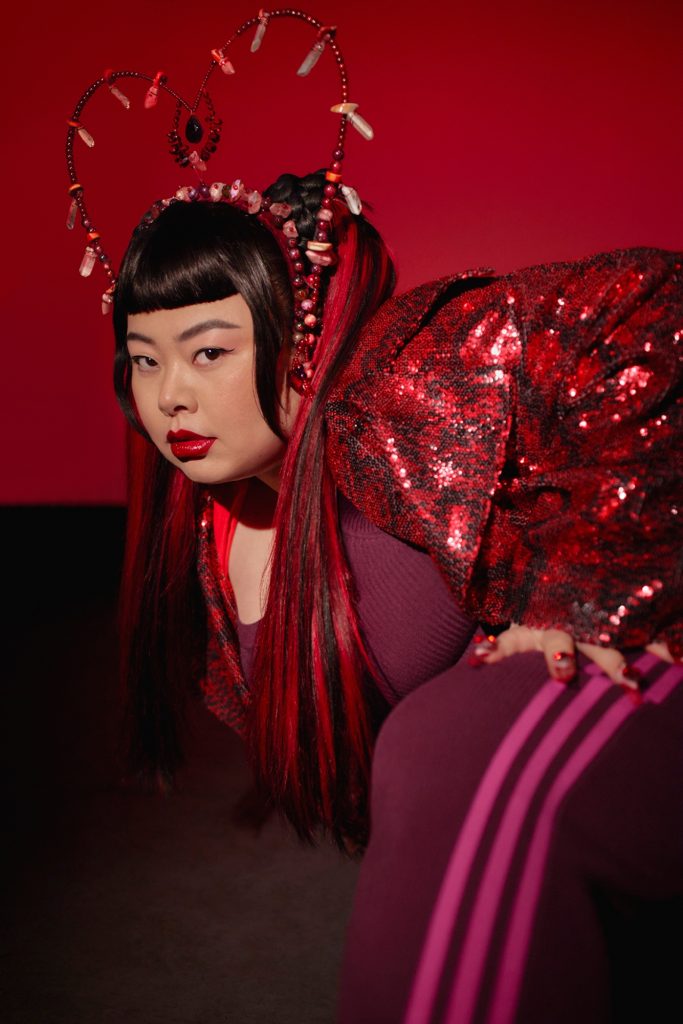 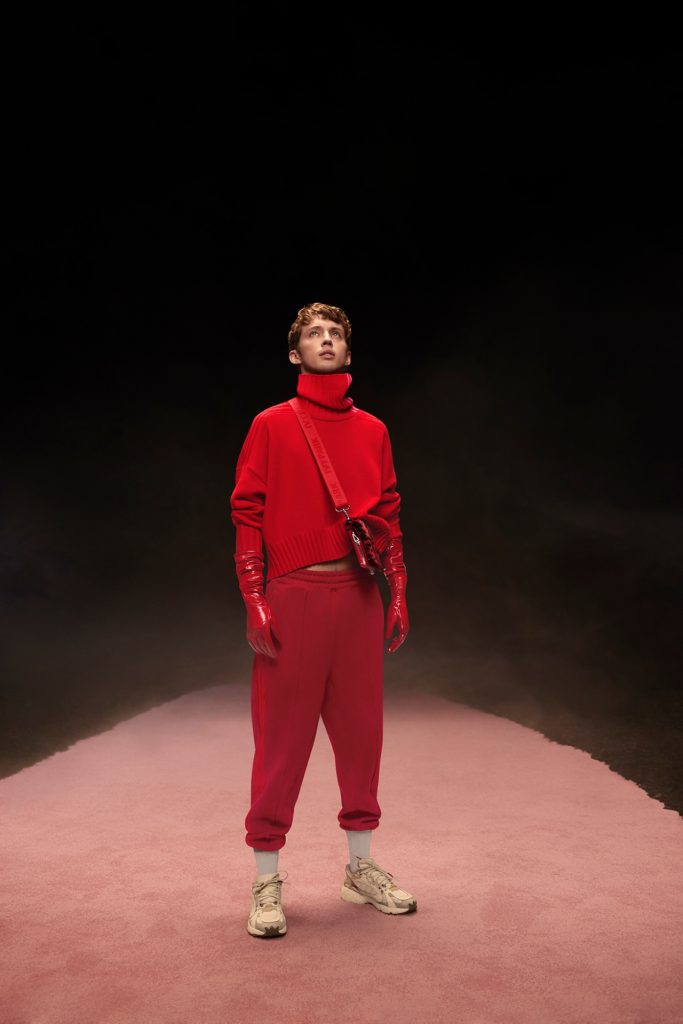