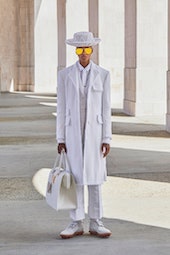 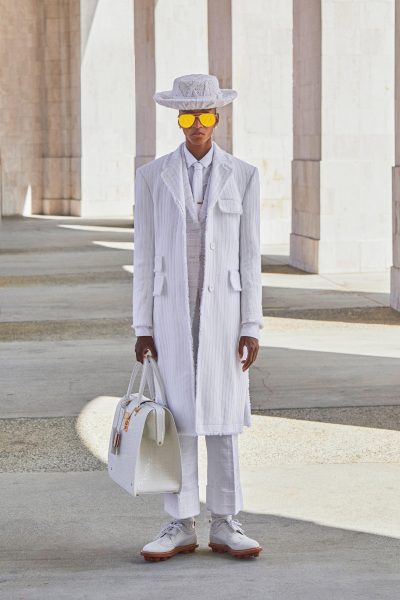 UNITED STATES — New York based label Thom Browne, which was sold to Ermenegildo Zegna Group, for a reported $500 million (the Italian fashion group known for its men’s suits brought an 85 percent stake in the brand) is delaying its next runway show to April 29 in New York City. The format will be dual gender, and at the time of this post the location has not been determined.

Browne decided to delay his fall 2022 showing because of Omicron-related logistics challenges, and because he wanted to lend support for part two of “In America: A Lexicon of Fashion,” opening May 5 at the Metropolitan Museum of Art’s Costume Institute, and curated by his partner Andrew Bolton.

“It was a conscious decision on my part to have it closer to the opening of his show which has been such a strong way for the world to see American fashion since part one opened last September,” said Browne. “I also wanted to celebrate the Council of Fashion Designers of America’s initiative creating the American Collections Calendar, which was a strong move Steven [Kolb] and Tom [Ford] took to celebrate American fashion around the world. Regardless of when you are showing and where, if you are an American designer you are representing American fashion and playing a part in that American calendar.”

The new, more liberated approach to showing, has brands including Gucci staging a coed show in May, Mike Amiri showing in L.A., and others showing every other season, or just showing when they have something to say. Browne, presented his spring 2022 collection in New York, dovetailing with the opening of part one of Bolton’s exhibition.

“It’s making sure everyone is doing what’s right for their business and for themselves and not being pressured. What’s most important is that the creativity and quality and level of what you are showing is there when you’re ready. American fashion is about approaching things from an individual point of view — that’s what Andrew is really showing, that America has a unique and youthful energy.”

On Monday, we reported that Tom Ford announced he is delaying his collection due to Omicron complications. Ralph Lauren and Tommy Hilfiger are also conspicuously absent from the February New York Fashion Week Calendar, as are Kerby Jean-Raymond and Christopher John Rogers. Marc Jacobs has also not shown since June.

As for Browne, he will be teasing his next collection with a special project debuting online during New York Fashion Week. And he still plans to return to Paris — eventually. “With the world the way it is, it’s hard to travel as a group, and with shows it takes everyone,” the designer said. “The plans now are showing in New York in April and looking forward to Europe in the future.”