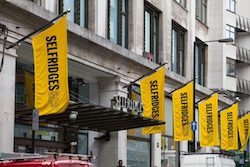 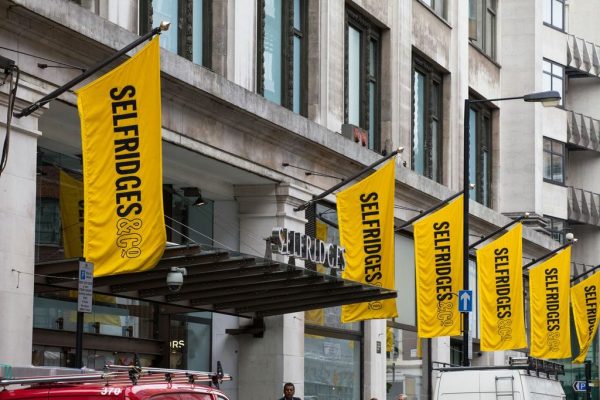 A day later (December 4), a subsidiary of Thailand’s Central Group had denied that it is involved in talks to buy the British retailer (see it here).

At that time, in a statement addressed to the president of the Thai Stock Exchange, the company said: “For clarification, regarding news stories by The Times and Brand Inside on Dec. 2, 2021 reporting that Central Group is preparing to purchase Selfridges, the company would like to clarify that the company is not currently involved with the transaction reported in the news.”

According to sources familiar with the matter, while Central Retail is not buying Selfridges, its parent company Central Group is still very much working on a deal to acquire the department store chain and put it in Central Group owner’s private collection.

In the latest reporting about the sale of the UK chain of high-end department stores, we could officially confirm that Thailand’s Central Group has teamed with Signa in Austria to buy Selfridges Group under a 50/50 partnership.

Financial terms were not disclosed, but sources said that the deal values the department store group at around 4 billion pounds.

The transaction will see Selfridges Group become part of the combined Central and Signa portfolio of luxury department stores, which includes Rinascente in Italy, Illum in Denmark, Globus in Switzerland, and The KaDeWe Group, which operates in Germany and Austria from 2024. The annual turnover for the combined department stores portfolio was 5 billion euros in 2019 and is projected to grow to more than 7 billion euros by 2024.

Central and Signa will operate all the stores in Selfridges Group. They will continue to be run by the existing leadership teams, as well as their e-commerce platforms and operating companies.

The Canadian business, Holt Renfrew, will remain with the Weston family.

Tos Chirathivat, executive chairman and CEO of Central Group said “Central and Signa will focus on delivering exceptional and inclusive store and digital experiences for both local residents and overseas visitors alike, to ensure we can give all the stores in Selfridges Group a bright future for the next 100 years.”

Dieter Berninghaus, chairman of the executive board of Signa, said: “Together we will work with the world’s leading architects to sensitively reimagine the stores in each location, transforming these iconic destinations into sustainable, energy-efficient, modern spaces, whilst staying true to their architectural and cultural heritage. We plan to fulfill the vision of the late Galen Weston to deliver his master plan and create a high-quality experience retailing environment for our customers and brand partners.”

Alannah Weston, chairman of Selfridges Group, said: “The acquisition of Selfridges Group by Central and Signa is testament to the successful realization of my father’s vision for an iconic group of beautiful, truly experiential, department stores. Creative thinking has been at the heart of everything we did together for nearly twenty years and sustainability is deeply embedded in the business. I am proud to pass the baton to the new owners who are family businesses that take a long-term view. I know they will fully embrace that vision and continue to empower our incredible team to take the Group from strength to strength.”

Anne Pitcher, global managing director of Selfridges Group, said: “We are joining an impressive group of leading luxury department stores across Europe presenting a fantastic opportunity for the business and reinforcing our leading status and position in global retail.”

Central Group and Signa have teamed before on big retail deals, notably buying the Swiss department store chain Globus, and KaDeWe in Berlin.

Central is controlled by the Chirathivat family, and operates retail businesses in Thailand and Vietnam, as well as Europe.

In the past, the company has made no secret of its intentions to expand through acquisitions in Europe and Asia, and said it has little interest in the U.S. market.

Signa Group is an international investment and industrial holding company that’s active in the real estate, retail and media business sectors. It was founded in 1999, and describes itself as one of Europe’s most important real estate investors.

Its holdings range from the Hotel Bauer Palazzo in Venice, to KaDeWe, the German retail chain Galeria Karstadt Kaufhof, Eataly and the Chrysler Building in New York. It also owns Signa Sports United, which operates around 80 web shops for sports fans in 17 countries.

Signa said it will continue to supplement its real estate investments with acquisitions and new projects in top locations “with significant value creation potential.”

Galen Weston, who purchased Selfridges in 2003, died in April at the age of 80 following a long illness. Talk of a possible sale of the group surfaced a few months later.

Weston lived and breathed retail. During his long career, the late Weston sat at the helm of food, retail, and real estate companies in North America, the U.K., and Europe.

It was him who assembled the Selfridges Group. His other businesses included Loblaw and Choice Properties in Canada.

He retired as chairman of George Weston Ltd. in 2016 to continue his philanthropic work through the Weston Family Foundation in Canada and the Selfridges Group Foundation in the U.K.

He stepped down as chairman of Selfridges Group two years ago, making way for his daughter Alannah.

On Weston’s watch, Selfridges opened a $64 million store in Birmingham that spanned 270,000 square feet, which was designed by Future Systems, the architecture firm famous for its dreamy, whimsical designs. The store looks like a spaceship from the outside.

Weston was singular in his vision for Selfridges: Shortly after acquiring the store he put the stops on further expansion plans in smaller English cities such as Bristol, Leeds, and Newcastle.

Instead, he redirected the money to Selfridges’ existing units in London, Birmingham, and Manchester, with the core strategy of making every Selfridges “an innovative, dramatic place to shop.”

In London, he went about refurbishing the Oxford Street flagship’s food hall, created a travel department, and boosted investment in the homeware department.