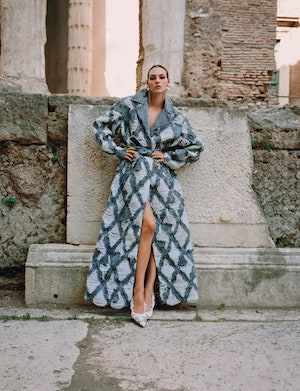 MILAN, ITALY — Italian fashion brand Diesel will officially be part of the Milan Fashion Week calendar for the first time ever. The show will take place on February 23.

The show is scheduled for 1 p.m. CET and will unveil Diesel’s fall 2022 collection.

Additionally, the brand has also confirmed its participation in the city’s women’s fashion week in September 2022.

In June, for his official debut at the helm of Diesel, Martens showed at Milan Fashion Week a coed runway collection through an engaging short movie, which featured a gaming-like vibe.

The Paris-based Martens, who is also behind the Y/Project brand, is known for his reconstructed denim and avant-garde silhouettes and is tasked with overseeing style, communications and interior design at Diesel, which is helmed by chief executive officer Massimo Piombini.

Diesel is part of the OTB group, founded by the Italian fashion entrepreneur Renzo Rosso. Other brands in the group include Marni, Viktor & Rolf, Maison Margiela. In June 2019, OTB group, brought a stake in Los Angeles – based luxury label Amiri (see it here).