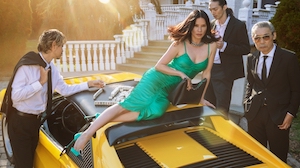 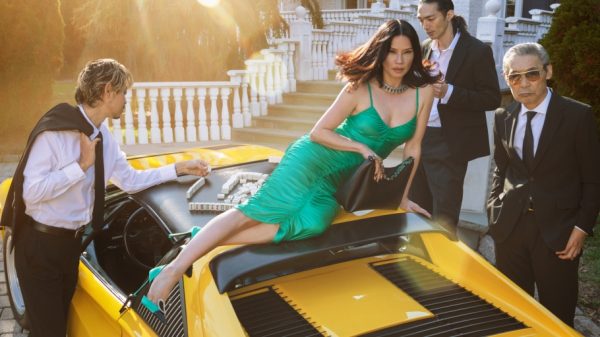 According to the company, the ads portray the “extravagantly mundane” day-in-the life of the lead character challenging the stereotypical expectations of the Alpha woman navigating her personal and work lives. The campaign, which recognizes identity and diversity, tells the story of the Asian woman who exemplifies power and excellence.

In drop one of the collection, Wang adds an opulent elevation to the ordinary, reworking classic fabrics into modern power silhouettes. Distressed moto-jacket leathers are applied to sharp suiting, trench coats and shirt jackets, giving new context to leather dressing.

Wang strips back his denim and removes excess hardware detailing. Acid washed  denim is seen as tailoring with pockets hidden through invisible zippers, and the “denim tuxedo” is reimagined in a more luxurious silhouette paired with Wang’s interpretation of modern heirloom accessories. Spandex, an integral fabric in the Wang brand DNA, is presented in evening sets, finished in a resin glaze and given ruched effect.

In the second drop, pajama dressing and workwear suiting are highlighted in new fabrics and silhouettes. Adding to the idea of homewear as daywear, bedroom staples are pushed to the street, transforming a silk slip robe with an ultra-soft lambskin leather.
Classic workwear has been reproportioned into modern suiting sets by cropping, cinching and shrinking elements of the designs.
Wang’s resort collection is currently available at flagships in New York, London, Beijing and Shanghai, alexanderwang.com, and luxury retailers worldwide. 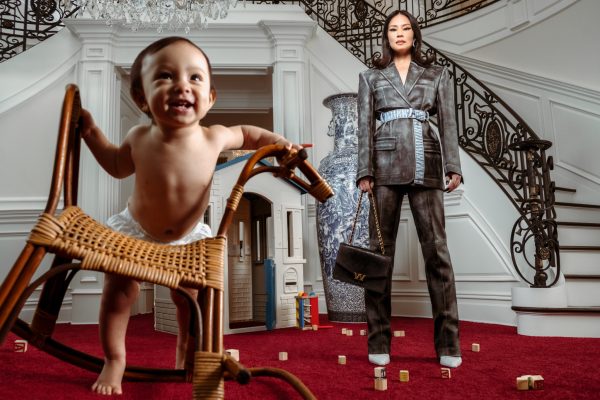 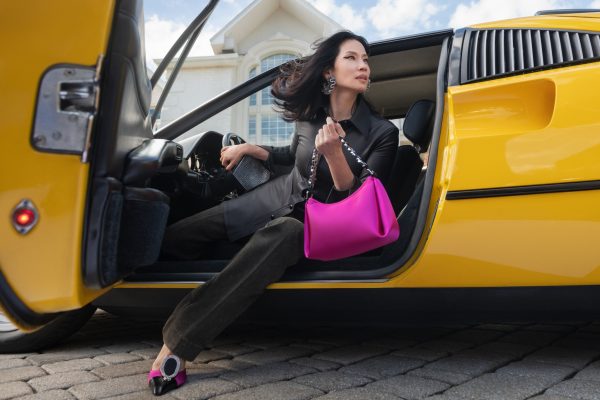 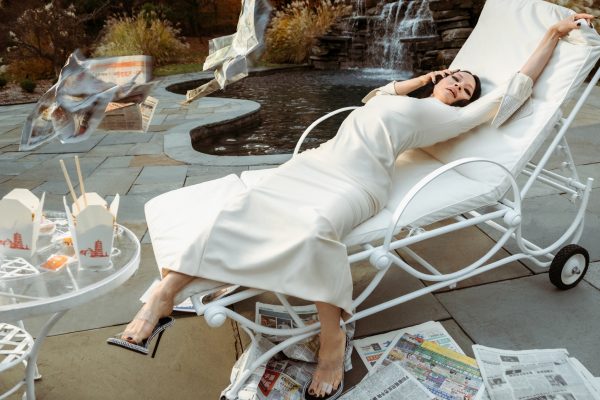