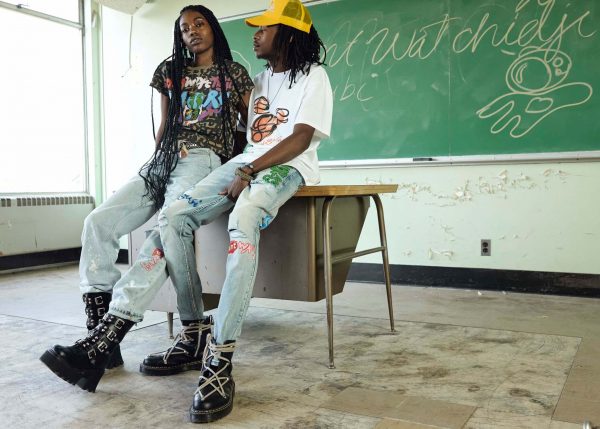 SYDNEY, AUSTRALIA — Australian denim and streetwear label Ksubi will make its solo debut on the New York Fashion Week schedule this week, ahead of a global retail expansion program.

Today, the brand will open a week-long pop-up art gallery at the old Opening Ceremony space at 35 Howard Street, where New York street artist Hidji World and visual and performance artist Travis Rogers of Dnt Wtch TV will design and produce an art installation featuring live painting and workshops for local youth artists, as well as an art showcase curated by Ksubi that will feature 10 emerging artists.

A 27-piece Ksubi x Hidji limited-edition capsule of men’s wear, women’s wear and accessories which is priced from $90 to $390 — the  brand’s second Hidji collaboration – will be on display at the pop-up and then available to purchase from Ksubi’s two U.S. stores on Greene Street and La Brea Avenue in Los Angeles from Sept. 8, with other key retailers to follow.

The pop-up installation, Ksubi’s solo NYFW debut — following several previous small tie-ins at the event with Jeremy Scott and Kith — follows triple-digit year-on-year growth for the brand in all channels over the past few years.

Seventy percent of sales are currently in the U.S., where roughly half of the brand’s more than 200 global wholesale stockists are located. According to King, the brand is now a top performer in Kith, Nordstrom and Saks Fifth Avenue.

Over the next 12 months the company will embark on a new retail rollout phase, with six new Ksubi stores slated to open in Sydney, Melbourne, London, Chicago, Miami and a second New York location, this time uptown, in 2022. It’s part of a broader rollout strategy to have 20 Ksubi stores operating in gateway cities around the world over the next four years.

“Our plan is to build a great global brand out of Australia,” said King. “Ultimately when we mapped out where we’d like to be, there’s about 20 cities. So you’d be thinking Berlin, Paris, Tokyo, possibly Seoul. There’s definitely room for more in the States, where we’re particularly strong.”

In 1999, the brand was founded on Sydney’s northern beaches, originally as Tsubi, the brand’s arty T-shirts and signature distressed jeans quickly caught the eye of top local retailers. Ksubi’s first store, City of the Dead, launched at Bondi Beach in 2004 — the first of six that would open in Australia. A New York store followed in 2005, as did celebrity recognition.

In 2006, a trademark dispute with U.S. footwear manufacturer Tsubo forced a name change to Ksubi. Three years later, the company collapsed under debts of over 8 million Australian dollars, or $6.4 million.

In 2013, the brand was acquired by L.A.-based private equity firm Breakwater Investment Management. In 2015, Australian streetwear chain General Pants Co. signed a long-term exclusive licensing and distribution rights deal for Southern Hemisphere distribution. King, at the time General Pants’ chief executive officer, also took over the helm at Ksubi — stepping away from his General Pants role in 2019 to focus solely on Ksubi.

In 2016, General Pants entered into a joint venture on the brand with Breakwater, along with several private investors, and work began rebuilding the business. Since that time, Ksubi has been headquartered and creatively led out of Sydney once again. Brad Triffitt is the brand’s current creative director.

Men’s wear accounts for 60 percent of sales. The most expensive pieces are jackets and the jewelry, which can reach $1,000 and $800, respectively. But the high-touch denim — which sells for $200 to $300 — is still the brand’s “cornerstone,” said King, accounting for 70 percent of sales. 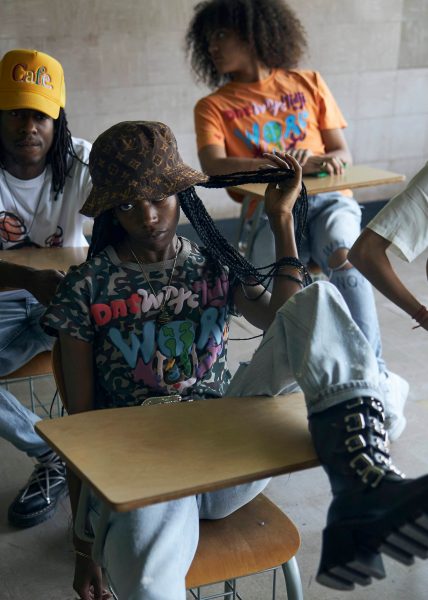