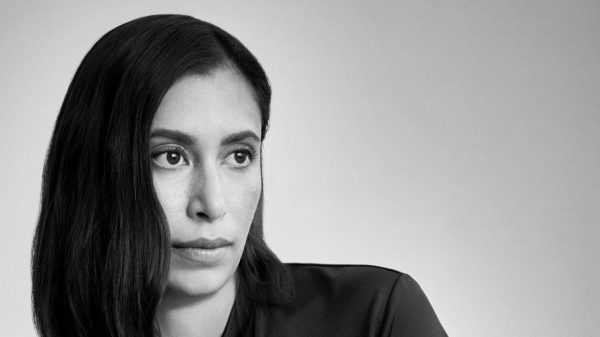 NEW YORK, UNITED STATES — American fashion designer Michelle Ochs, who for 10 years was half the creative team at New York – based label Cushnie et Ochs, is returning to the fashion industry with the launch of her own label.

She will launch her own luxury women’s wear collection, Et Ochs, as part of JS Group, a Canadian family-run business. Ochs plans to show her first spring collection in a virtual show on the CFDA’s Runway360 on Thursday. Ochs will service as creative director and founder.

Cushnie et Ochs was founded in 2008 by Carly Cushnie and Michelle Ochs, upon their graduation from Parsons School of Design. In 2015, it was announced that the two designers sold a minority stake in their label to an investor group led by private equity firm Farol Assent Management and during that same time, they  also hire Peter Arnold as their new CEO (see it here).

Cushnie et Ochs won an Ecco Domani award in 2009, was nominated for a Swarovski Award for Womenswear at the 2012 CFDA Fashion Awards, was a finalist for the 2011 CFDA/Vogue Fashion Fund and was a nominee for the 2010 Fashion Group International Rising Star Award. Celebrities and public figures such as Michelle Obama, Reese Witherspoon, Jennifer Lawrence, Jennifer Lopez and Gal Gadot wore their designs.

In 2018, DM Fashion Book confirmed that Ochs and Arnold had exited the brand (see it here) and the Cushnie et Ochs business closed. Cushnie continued to design a collection called Cushnie, which shuttered in 2020 as a result of COVID-19 and the difficult retail environment. A lawsuit between the former partners over a settlement agreement came to a close last year.

In an interview with WWD, she said she made good use of the break, had two children who are now three and one, worked on some projects, did some consulting, and is ready to jump back in.

“Over the two years, I took the time and reflected. I’m reenergized about design, I have been quietly working on this. I really felt there was a white space that was left behind after Cushnie et Ochs. And I thought this was the perfect opportunity,” said Ochs, who graduated from Parsons School of Design with a bachelor’s degree in fashion design and received Parsons’ top honor of Designer of the Year in 2007 (Cushnie was the runner-up). She also received a 2006 CFDA Scholarship Award and SAGA Design Award when at Parsons.

Ochs said she found an amazing partner in JS Group, who believes in her and her aesthetic. “We figured out what we can do to bring it to the next level under my own namesake,” said Ochs. JS Group acquired the Cushnie et Ochs label and trademarks after the business closed, and could eventually use that label for another business, she said.

Mitchell Hops, chief executive officer of JS Group, said, “Michelle is an incredible talent, and we are thrilled to launch Et Ochs with her, and stand behind her strong vision for this brand.”

Describing what she sees as the white space, Ochs said the collection will focus on clean lines, artful tailoring and femininity combined with a minimal sophistication. “It’s still about the body with all those details carefully considered,” she said. She described her aesthetic as the perfected fit using beautiful fabrics, as well as a play on hard and soft that celebrates femininity. “I think that I’ve grown as a woman over this time, I’ve grown as a designer, I want to carry that DNA to another level with a new perspective as a woman and a designer. I’m a mother now. What you’ll see hopefully is there being a sense of ease.”

She said so many people view her as a designer for cocktail and evening, “But everything has changed in the world. I think [the consumer] has also evolved, and I think a lot of that will be reflected. There will be an easiness to it and a more paring down at its core and still about the body.” Ochs said she’ll still give her dresses and little bit “of that evening moment,” but there is also an assortment of daywear. At Cushnie et Ochs, she said, people generally saw cocktail dresses on the celebrities, but they had a very strong business with separates. “It was there, but I think we want to bring it [day] to the forefront now,” she said.

Ochs, has already started showing the line to stores,  and is targeting retailers such as Elyse Walker, Mytheresa, Harvey Nichols in Dubai and Bergdorf Goodman.

The Et Ochs collection will be manufactured overseas of Italian-made fabrics. Ochs said it runs as its own business and they share resources under the JS Group umbrella. Et Ochs doesn’t have a president at this point, and she’s working with JS leadership. She will offer four collections a year and e-commerce will be available for preorders this week, with a full e-commerce operation coming in January when the product hits the stores.

Ochs will show 20 looks on Thursday, including jackets, bodysuits, pants, dresses, knitwear and gowns. The collection has hardware details and architectural lines; there’s also a hint of crystal that plays off novelty sequins and a vibrant print that Ochs calls “an adult tie-dye.”

“I really wanted to build on where we left off from Cushnie et Ochs and those stapes and evolve them,” she said. She said her customer is reenergized and excited to get dressed again. “We were always very sexy, but always had an element of stretch and some undertone of active component to it. We want her to feel easy and comfortable getting dressed, but still be polished and put together.”

In the future, she would love to return to the categories she was doing at Cushnie et Ochs, such as active, footwear, swimwear and bridal. “I don’t know why that would not be the case for Et Ochs. With the support of JS Group, we have no limitations now of what we’re capable of doing,” she said.

JS Group, which is headquartered in Montreal and has a showroom at 475 Tenth Avenue in New York, has such licensed brands as ML Monique Lhuillier, Kay Unger New York, and Halston, along with its own brands, Theia, Amur and JS Collections. 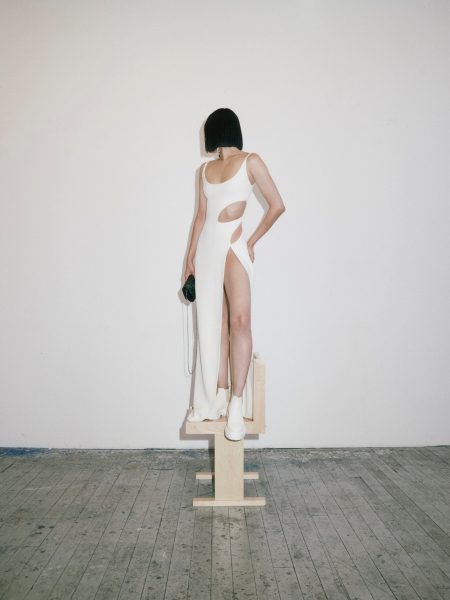 A spring look from Et Ochs.