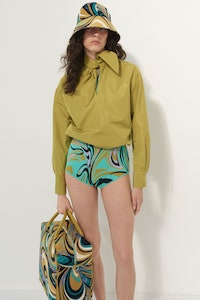 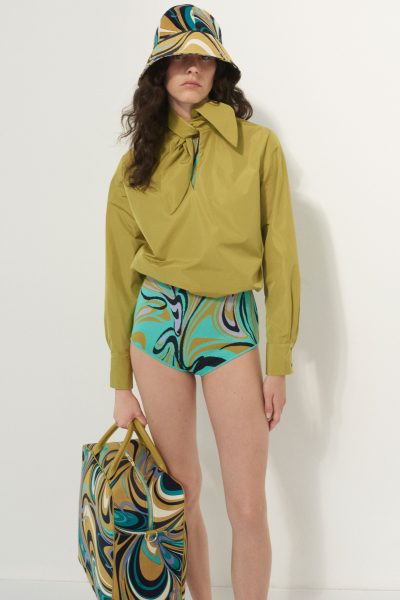 FLORENTINE, ITALY — Camille Miceli, a seasoned creative who has worked in the design departments of LVMH‘s Dior and Louis Vuitton, is headed to Italy to take on Emilio Pucci, reports WWD.

Market sources said Miceli is to start at the luxury house sometime later this year.

Earlier this year, Pucci revealed plans to return to its roots as a resort-focused brand after years of behaving like a designer house with runways shows in Milan and boutiques on Avenue Montaigne in Paris and Madison Avenue in New York.

The glamorous Miceli, fond of the seaside and the mountains, is seen as a natural incarnation of the brand and its lifestyle.

Considered one of Italy’s fashion pioneers in outfitting the jet set, Emilio Pucci began designing skiwear out of jersey fabrics in 1947 and opened his house in 1949. His colorful, graphic motifs quickly became a signature of the house.

Most recently, Miceli worked under Nicolas Ghesquière at Louis Vuitton as accessories creative director, according to her LinkedIn profile. Before that, she advised on certain leather goods at Christian Dior and designed costume jewelry, which become an important and vibrant category fueled by her designs.

Miceli started her fashion career at age 15 when she interned at Chanel and Azzedine Alaïa. She spent seven years as a publicist at Chanel before joining Vuitton.

Emilio Pucci is controlled by LVMH Moët Hennessy Louis Vuitton, which acquired the brand in 2002 for 38 million euros, or $35.9 million.