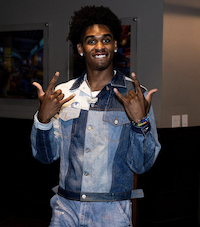 Houston We Have A Problem: Joshua Christopher Wears A Multi-Tone Denim Look At Press Conference 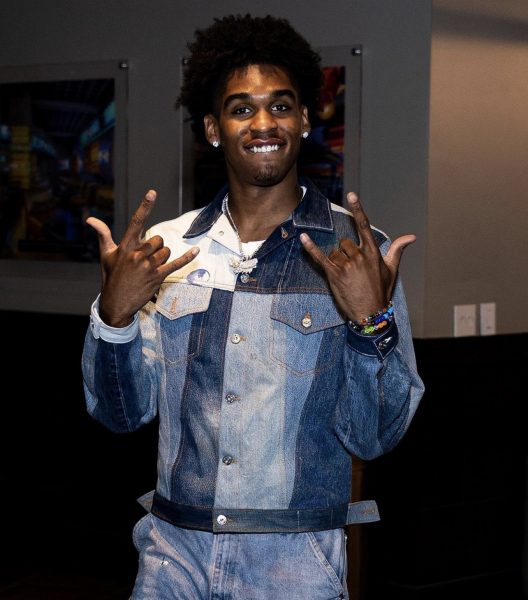 For the event, Christopher wore a multi-tone denim look, which consisted of a jacket and panelled paint-splattered distressed jeans.

When Josh described being teammates with Jalen again he said, “It almost doesn’t seem real. We were on the bench together in middle school, stayed true to the grind.“

The future is bright for Josh and Jalen, Houston we have a problem! 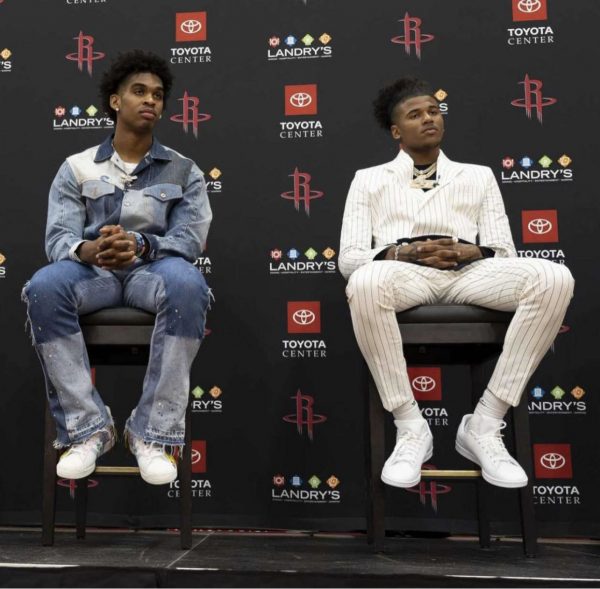 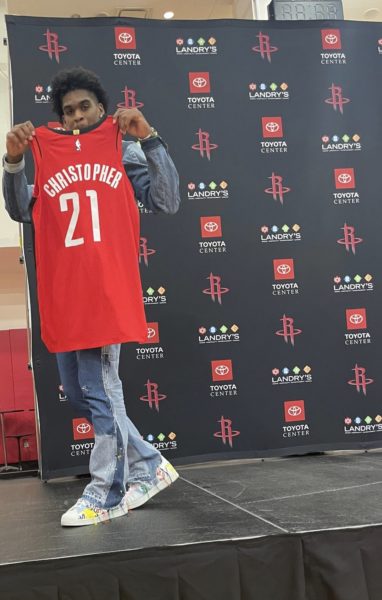