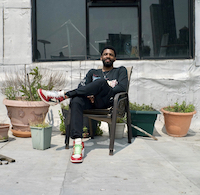 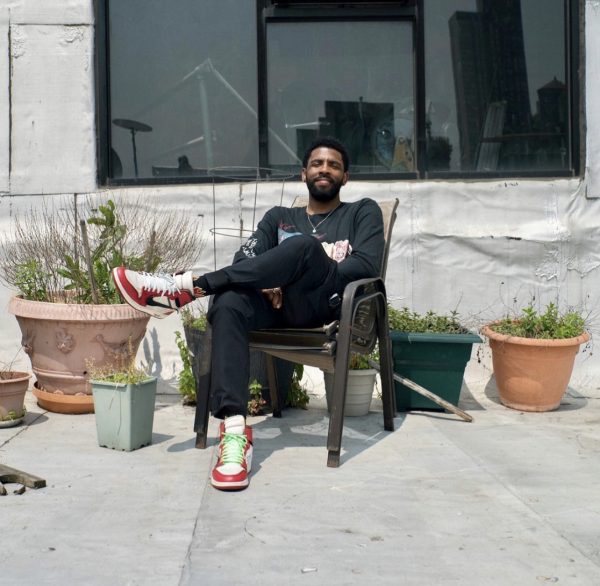 In 2019, Irving had signed with Roc Nation, as he was preparing to leave Boston for Brooklyn in free agency. The All-Star point guard has now gone through his second agency in three years.

At the time of this post, it’s unclear why Irving is parting ways with Roc Nation. The agency will only have 10 days — or about a week-and-a-half — to attempt to salvage its working relationship with Irving.

The star guard is halfway through a four-year max contract with the Nets, although he can opt out after this upcoming season.

Brooklyn general manager Sean Marks is expected to attempt to extend Irving, as well as Kevin Durant and James Harden, with free agency tipping off Monday at 6 p.m.

The New Jersey-native also has an $11 million contract with Nike that is reportedly one of the biggest sneaker deals in the NBA. But after photos leaked of the upcoming Kyrie8, Irving had some harsh words for Nike and said the company put out the shoe without his permission or consultation.

He added, “Nike plans to release it without my okay regardless of what I say, so I apologize in advance to all of my sneaker heads and true supporters of the #KAI11 brand.” 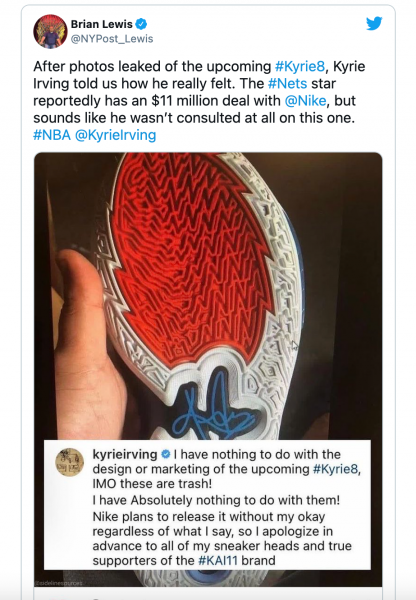