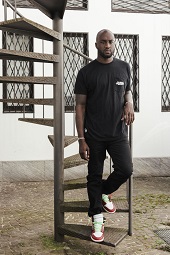 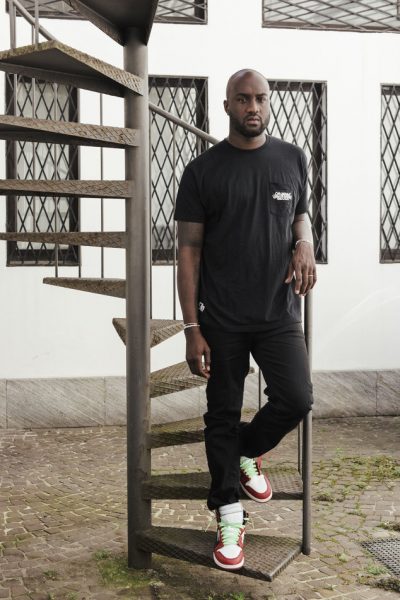 PARIS, FRANCE — LVMH Moët Hennessy Louis Vuitton is bolstering its relationship with Virgil Abloh with a deal that will give the designer leeway to launch new brands and seal partnerships across the full range of the luxury conglomerate’s activities, beyond just the fashion division.

As part of the agreement, LVMH will raise its stake in Off-White LLC, the trademark owner of Abloh’s Off-White brand, to 60 percent. Abloh will retain a 40 percent interest and continue as creative director of the label, which he founded in 2014. At the time of this post, financial terms of the deal were not disclosed.

Meanwhile, Abloh will remain artistic director of men’s wear collections at Louis Vuitton, a post he has held since March 2018 (see it here), both parties said in a joint statement on Tuesday.

Bernard Arnault, chairman and chief executive officer of LVMH, said the group was “thrilled” to expand its partnership with the Chicago-native, who is known for his wide-ranging collaborations with brands including Nike, Mercedes-Benz, Evian, Ikea, Vitra and Braun, among others.

“We look forward to supporting Virgil and the team both in driving the growth of Off-White and in working together with Virgil to bring his unique sensibility to a broader range of luxury categories,” Arnault said in the statement.

In a joint interview with WWD, Abloh and Michael Burke, chairman and CEO of Louis Vuitton, said Tuesday’s deal marked a new type of relationship between a creative director and a conglomerate like LVMH, which owns 75 brands ranging from Vuitton and Dior to beauty retailer Sephora, jeweler Tiffany & Co. and Hennessy cognac.

“I’m completely honored. There’s a long trajectory of creative directors partnering with a house, but this is something completely new, and I commend Mr. Arnault and Michael Burke for seeing my talent across spectrums and incubating me to a place where I can suggest different things that don’t fall in the realm of a runway show,” Abloh said.

“There’s areas within the spirits side of the business that are attractive to me; there’s areas within the hospitality, the hotels side; jewelry — you know, more minutiae within the fashion segment. My eyes have always been wide in terms of fashion, arts and culture and how they can merge together. So the announcement is leaning on that, that now there’s an opportunity to grow new segments and root myself within LVMH, the group,” he added.

Burke said the new venture would launch once LVMH’s investment in Off-White clears regulatory hurdles, a process it expects to be completed within 60 days. But he was coy about lifting the lid on any additional details.

“It’s not like LVMH is playing a standard role, or Virgil is playing a standard scripted role. We’re both going into this knowing that we’re going to be inventing new business models as we go. It’s going to depend on the industry, the product, what exists, what remains to be invented, so we’re not going into it with a cookie-cutter recipe,” he said.

“We have many old-line businesses at LVMH, and they’re very successful. But one day, most of them will reawaken to something quite different, and we don’t know what that is. But we sure know that by putting extreme creative talent with extreme provenance, sparks will happen,” the executive added.

Burke noted his relationship with Abloh stretches back to his days as CEO of Fendi, when the designer joined Kanye West on an internship at the Roman house.

“We instantly hit it off,” Burke said. “From Day One, it was clear that we were going to work together, and that it was going to progressively become a deeper and deeper relationship. Things absolutely fell into place here at Louis Vuitton with men’s wear. The results are in, and they’re very, very good, and so it’s a good time to expand upon it.”

“We’re at a moment where the opportunities are just immense, because the various areas where LVMH and Virgil are involved in are becoming limitless,” Burke said. “We’ve taken all these major sociological moments in our lives, and we’re weaving them together. That has not happened before. So I wouldn’t try to describe it, because we’re going to invent it as we go.”

Abloh said the deal also allows him to envision a long-term future for Off-White, having grown the brand “from one screen printed T-shirt, to now having stores all over the world. I want to see that become a generational brand. So without hesitation, and with due diligence on my part, Michael and I crafted the scenario for those entities to come under an umbrella that we can see for years to come.”

While Burke confirmed that LVMH previously held a minority stake in Off-White’s trademark entity, he declined to say when the investment was made and how big the stake was. In 2019, D.M. Fashion Book reported that LVMH was also mulling an investment in New Guards Group, though this was never confirmed (see it here).

“Virgil brought New Guards to us. We’re absolutely happy and, at times, positively surprised at how they have taken Virgil’s then-brand and then turned it into a very, very successful business. There are very, very few that have achieved what they have achieved. So we wouldn’t be doing this deal if we thought the first thing we needed to do was changing a key partner,” he said.

“Andrea Grilli and Davide De Giglio, my partners in starting Off-White, they fostered this exact vision for it to advance to this stage, so they’re an integral part of the team that is Off-White,” Abloh concurred.

Off-White operates 56 stand-alone stores worldwide, and more are on the way. In Paris, the brand recently opened a flagship at the intersection of Rue de Castiglione and Rue du Mont Thabor that includes a café operated with boutique Japanese coffee company % Arabica.

Burke declined to specify the duration of Abloh’s contract at Vuitton.

“He’s shown that he has the pulse of the fashion world, but he’s also very design-driven. In other words, he has a very long-term view of beauty and designing beauty. So the time’s right now to do things on a different level within LVMH,” the executive said.

Abloh, who last year raised $1 million for a scholarship fund for Black fashion students, said he was committed to keeping the door open for diverse talent. “Today just marks a day where I’m given a seat at the table for us to do more, and not be limited by the past,” he concluded.