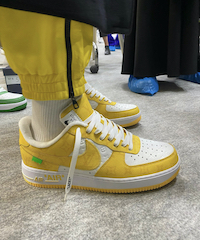 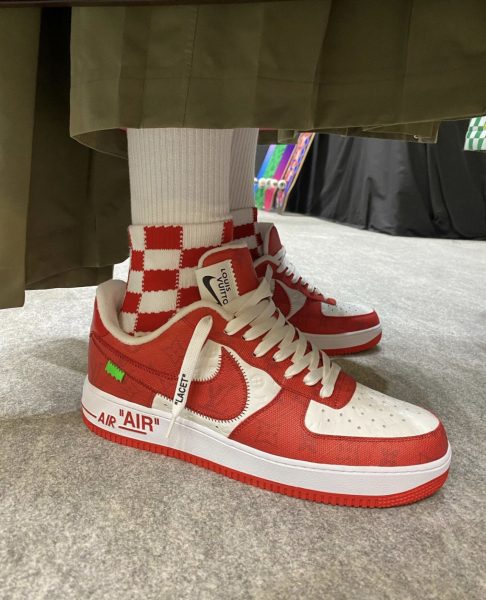 PARIS, FRANCE — I’m quite sure that the upcoming Nike x Louis Vuitton Air Force 1 will be one of the hottest sneaker collaborations.

The shoes, designed in 21 colorways, were unveiled today, but additional details were scarce. Asked whether they would be made available for sale, Vuitton responded: “Stay tuned for more details.”

Images released by the brand showed green-and-white and blue-and-white versions of the sneaker, with the word “Air” in quote marks written on the sole, and the French word “Lacet” on the laces. The quote marks are a signature of Abloh’s brand Off-White, which has a highly successful collaboration with Nike.

The shoes feature a small neon green serrated tag on the side, and a label with the Louis Vuitton name and the Nike swoosh on the tongue. Vuitton has also created a neon orange sneaker trunk in monogram-embossed calf leather, with a 3D tag in orange leather with a white swoosh on top, as part of the collection.

In 2017, Abloh began by reinventing 10 models of Nike sneakers for his initial “The Ten” project, and has kept up a steady pace of drops since then. Nike and Off-White have also developed clothing, including custom outfits for tennis champion Serena Williams. 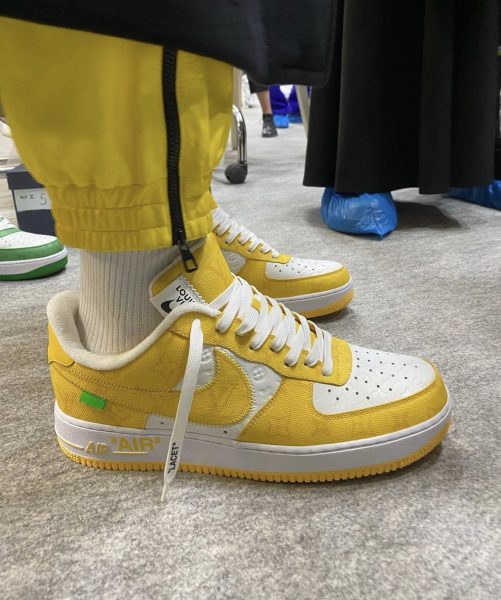 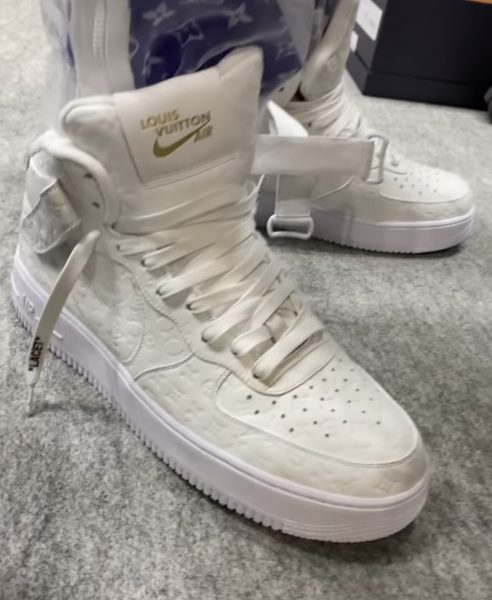 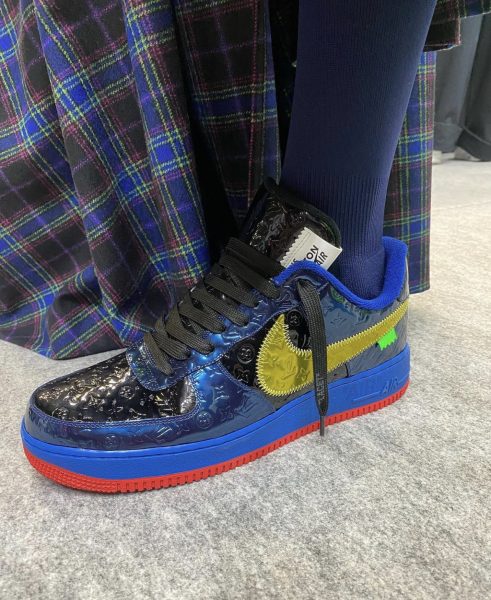 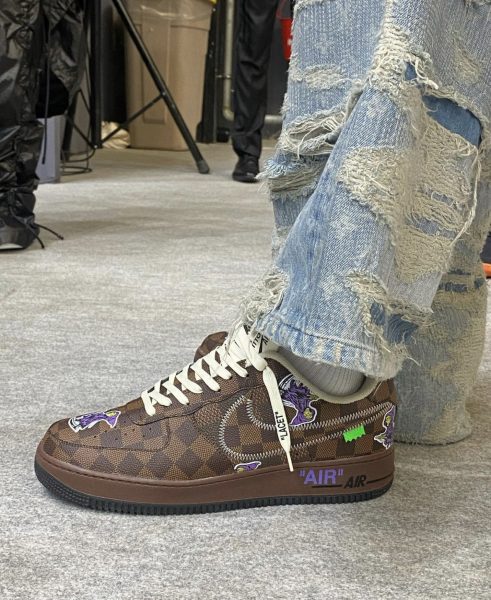 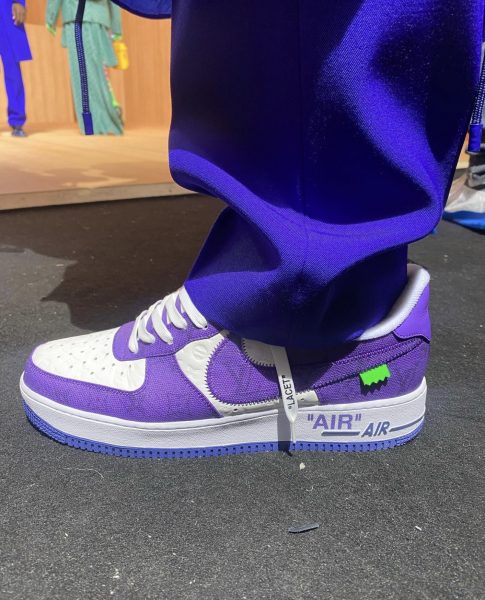 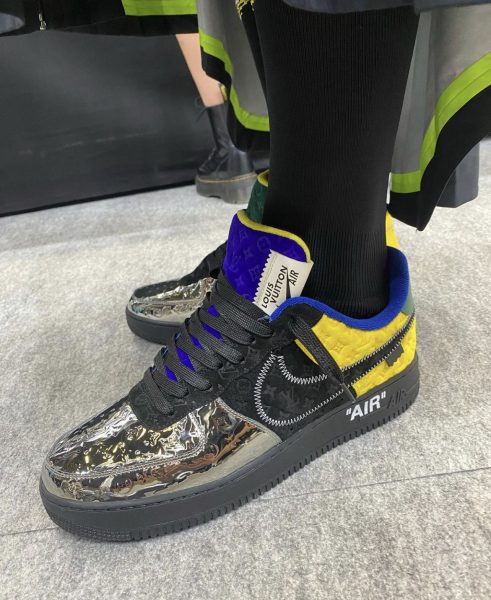 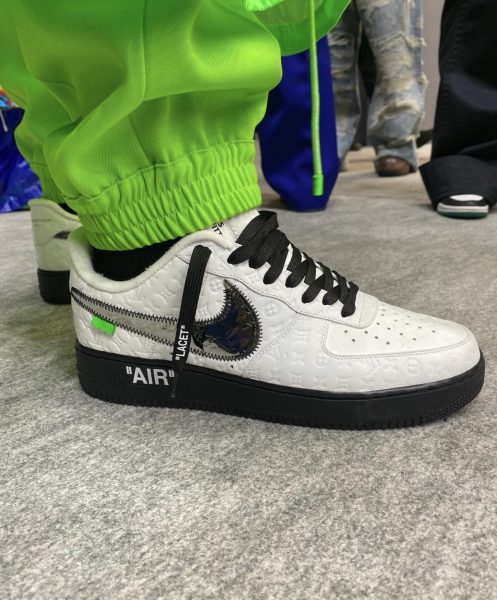 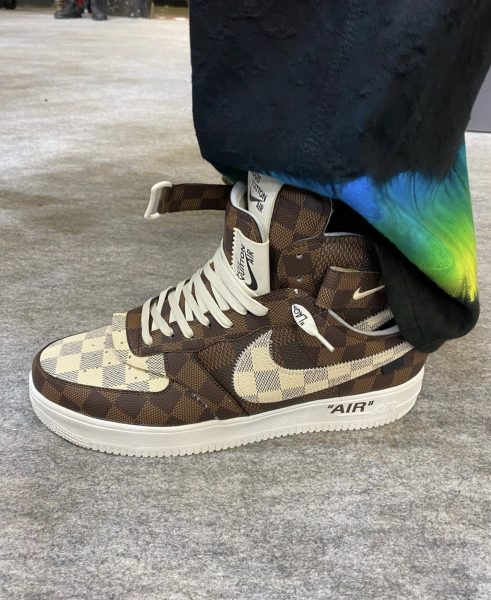