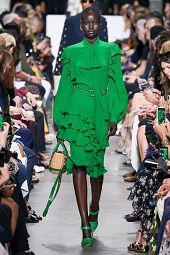 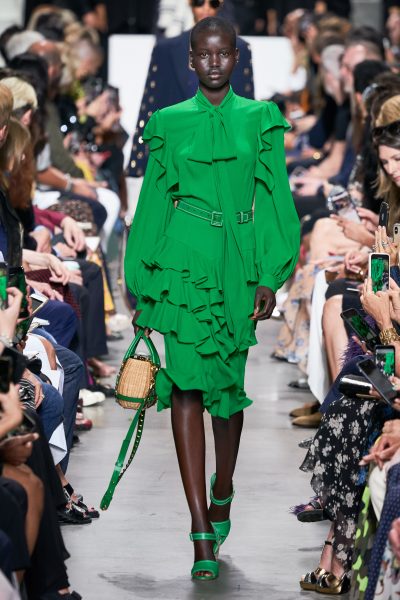 Kors said that he will present his spring 2022 Michael Kors Collection as a live, in-person runway show on Sept. 10 at 10 a.m. A location hasn’t been decided yet, and the plan is for it to be an intimate show.

The show will also be brought to life virtually via a digital experience that will be shown simultaneously on michaelkors-collection.com.

“This is an important moment for New York, and we’re proud to support the city and the industry during this season’s New York Fashion Week,” Kors said. “I am thrilled about the return of live performance throughout New York this autumn, and I look forward to presenting my collection to a live audience.”

A few few U.S. designers said they would be having a live show in September, including Tory Burch, Jeremy Scott, Thom Browne, Kerby Jean-Raymond of Pyer Moss, Gabriela Hearst, Markarian and Jonathan Simkhai. Others, including Ralph Lauren, haven’t disclosed their plans yet.

Fashion brands and designers such as Telfar, Rodarte, Proenza Schouler, Altuzarra, Brandon Maxwell, Prabal Gurung, Sergio Hudson, Monse, Jason Wu, LaQuan Smith and Markarian are teaming together with IMG for the Fashion Alliance, a group of American fashion brands committed to showing at IMG’s NYFW: The Shows for the next three seasons.

IMG will invest in these designers’ NYFW endeavors, providing financing, content and production support to aid them in bringing their creative visions to life each season. The alliance begins in September and runs through 2022. The goal of the alliance is to “help revitalize NYFW, celebrate the continued unity and ingenuity of the American fashion community and champion the artistry featured on New York’s global stage,” according to IMG.

← Previous Story Coach To Host Show In Shanghai, With Live Audience
Next Story → Valentino Will Stage Couture Show In Venice