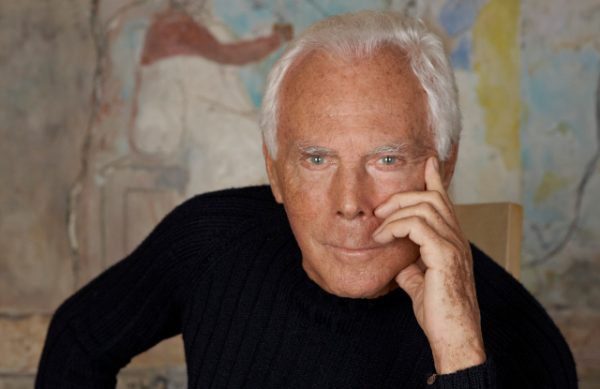 MILAN, ITALY — The official Milan Men’s Fashion Week schedule hasn’t officially been released, but we could confirm the dates are June 18 t0 22. We could also expect some normalcy as Italy gradually eases restrictions caused by the coronavirus pandemic.

Giorgio Armani has revealed that his signature brand’s spring 2022 show for men will be held in front of a live audience on June 21.

It will take place in the courtyard of Via Borgonuovo 21, the building where the designer used to stage his shows before erecting the Teatro in 2001, which has since become the traditional site for his fashion events.

Also returning live, the Armani Privé couture show will be staged in Paris on July 6 at the headquarters of the Italian Embassy.

“I think the time has come to return to show in front of a live public because I think fashion only in a virtual format has no future,” Armani told WWD. “A fashion show is a tool we cannot do without because of its format, energy and effectiveness. It’s important to restore the physical shows and they can then be translated in digital experiences for a global audience. For my part, the goal is once again to send a positive signal of restart and support for Milan, my city, which has long been an undisputed capital of fashion.”

Asked about the choice of the location in Milan, Armani said that it is “especially significant.” The designer observed that he “wanted a venue that would be representative — a return to the origins and essence of fashion, which used to be proximity and intimacy, too. For the future, I imagine events that are more contained but more exciting.”

The courtyard, being outdoors, “offers more safety, but what I believe really counts is the intimacy of the location,” Armani explained.

The company also said “the return to live attendance has been decided following the current general improvement in public health with relation to the pandemic. The organization of the shows will comply with the distance and safety rules required by law and the actual holding of the events, in any case, will be conditional to the evolution of the pandemic.”