The Estate Of Kobe Bryant And Nike End 18-Year Partnership 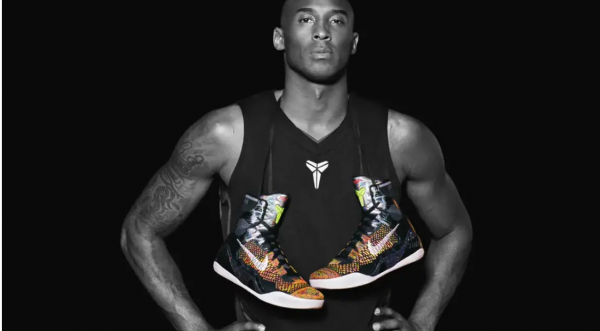 The late NBA star had signed with Nike in 2003 after starting his professional career with Adidas and later sporting different styles from Jordan and Reebok for brief period before joining Nike.

A source close to Bryant’s partners revealed to WWD in early January 2020 that Bryant was not planning to renew his contract with Nike, with plans to start his own venture. Venture capitalist Shervin Pishevar tweeted in December 2020 a similar story saying Bryant wanted to leave the brand and worked with the athlete on designs for a new footwear line.

Nike and Bryant’s deal was to end in 2021 after a five-year extension signed in 2016, and officially expired on April 13, 2021. According to media reports, Nike offered to extend the deal but could not reach an agreement with the estate.

“Kobe’s Nike contract expired on 4/13/21. Kobe and Nike have made some of the most beautiful basketball shoes of all time, worn and adored by fans and athletes in all sports across the globe. It seems fitting that more NBA players wear my husband’s product than any other signature shoe. My hope will always be to allow Kobe’s fans to get and wear his products. I will continue to fight for that. Kobe’s products sell out in seconds. That says everything. I was hoping to forge a lifelong partnership with Nike that reflects my husband’s legacy. We will always do everything we can to honor Kobe and Gigi’s legacies. That will never change.”

Nike also issued a statement: “Kobe Bryant was an important part of Nike’s deep connection to consumers. He pushed us and made everyone around him better. Though our contractual relationship has ended, he remains a deeply loved member of the Nike family.” The company had no further comment.

ESPN reported that according to a source, “Bryant and the estate had grown frustrated with Nike limiting the availability of Kobe products during his retirement and after his January 2020 death in a helicopter crash. There was also frustration with the lack of availability of Kobe footwear in kids’ sizes.”

Nike, sources said, had presented an extension offer that was not in line with expectations of an ongoing “lifetime” structure similar to the Nike Inc. contracts held by both Michael Jordan and LeBron James.

It is believed that all future releases of Kobe Bryant-branded footwear and apparel manufactured by Nike will be halted. The Kobe Bryant estate could enter into negotiations with outside brands to form a new partnership.

Vanessa Bryant also confirmed to ESPN that the Kobe Bryant estate owns the rights to both the “Mamba” logo and his signature. The “Sheath” logo often featured on the tongue of Nike‘s Kobe sneakers is mutually owned by both sides, according to a source.

“Kobe Bryant was an important part of Nike’s deep connection to consumers,” Nike told ESPN in a statement. “He pushed us and made everyone around him better. Though our contractual relationship has ended, he remains a deeply loved member of the Nike family.“

Kobe Bryant, his daughter, Gianna, and seven passengers, John, Keri and Alyssa Altobelli, Christina Mauser, Sarah and Payton Chester and Ara Zobayan, passed away in a helicopter crash in January 2020.