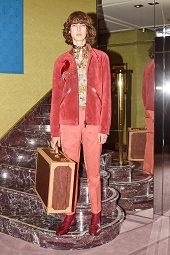 Etro Open to Partnerships, L Catterton Said To Be Interested In The Brand 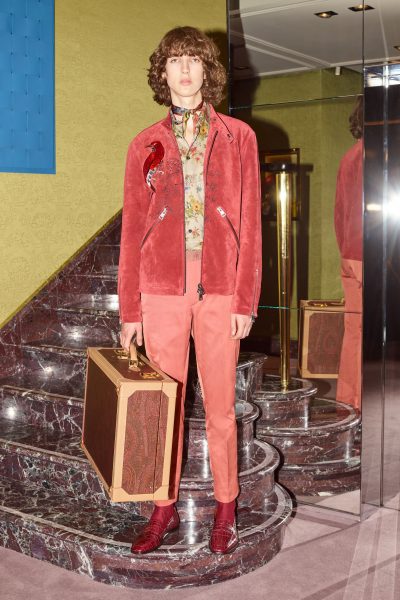 MILAN, ITALY — Italian luxury fashion house Etro, which was sued by a former employee who claims the brand was firing people based on physical traits such as race, age, and appearance, as well as paying women less than men (see it here), sources told WWD that Etro has tapped Rothschild as its adviser.

While a market source said it was true that L Catterton has approached the Etro family, which owns the brand, “a potential deal is still in its infancy, L Catterton is still kicking the tires.”

Another source believes things are somewhat more advanced, saying L Catterton has been looking at the brand for a couple of months. While the Etro family has long denied any intention of selling the company, asked to comment on the speculation on Monday, the response was that “the group is focused on creating the conditions for the future growth of the business. In this context, the group is also evaluating possible partnerships aimed at facilitating said process. As of today, there are no binding agreements with any group or investment fund.”

According to another source who requested anonymity, Etro’s real estate properties and web of directly owned stores could slow the negotiations and even be a stumbling block in the deal. Overall, there are about 200 Etro stores around the world.

In 2019, it was first reported that investors were looking at the fashion brand, which in 2018 celebrated its 50th anniversary.

Gerolamo Etro, known as Gimmo, founded the company in 1968 as a textile firm and, with a forward-thinking initiative, decided to invest in ready-to-wear and lifestyle in the ’80s, expanding into collections that ranged from perfumes to suitcases. The exhibit was conceived and put together by the family, which includes siblings Veronica, creative director for the women’s collections; Kean, men’s creative director; Ippolito, who oversees strategic management, and Jacopo, who is in charge of the home line. Francesco Freschi holds the role of general manager.

Two years ago, sources said Qatar-based Mayhoola, which also counts Valentino, Balmain and the Italian men’s label Pal Zileri among its investments, had been eyeing Etro with particular interest. However, a deal never materialized, and sources said that the family members had different views on the sale.

Valentino’s former chief executive officer Stefano Sassi has been quietly consulting for Etro for several months now, but, according to sources, there are no talks taking place between Mayhoola and Etro. Sassi could, however, be an added asset in the negotiations with L Catterton. The executive joined Valentino in 2006 and was instrumental in leading and growing the company through the acquisition in 2012 by Mayhoola.

As per the most recent figures available, Etro sales totaled 285 million euros in 2018. The company’s debt is said to amount to around 50 million euros, according to a source.

L Catterton is a partnership between the original U.S. investment firm Catterton and Bernard Arnault’s LVMH and Groupe Arnault, formed in 2016. It describes itself as “the largest, diversified consumer-dedicated private equity firm in the world” and has more than $22 billion under management, with stakes in a wide variety of firms, including Everlane, Ba&sh, Intercos Group, Sweaty Betty and more. L Catterton recently snapped up Jott, a French outerwear firm known for its lightweight puffers.