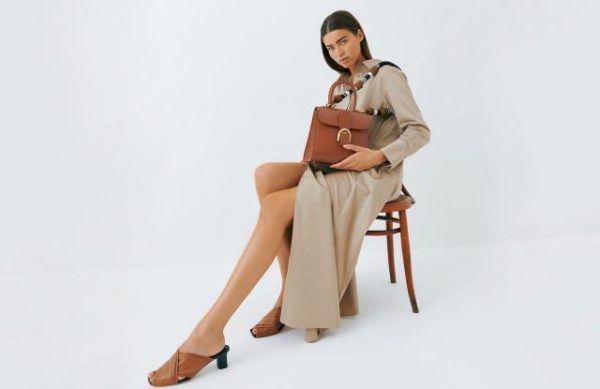 BELGIUM — Belgian manufacturer of fine leather luxury goods and bag-maker Delvaux is looking for a buyer.

The brand’s owner Hong Kong billionaire brothers Victor and William Fung have reached out to potential buyers, and a sale could value the brand at around $500 million to $600 million, Bloomberg reported, citing people with knowledge of the matter.

Sources told WWD that the Fungs were originally trying to sell the brand for $1 billion.

The Fungs took a majority stake in the 192-year-old bag brand via its subsidiary First Heritage Brands in 2011 with Singaporean state investment company Temasek.

The brand has since expanded into Asian markets, including China, South Korea and Japan, and opened flagships on New York’s Fifth Avenue, Bond Street in London and in the Palazzo Reina in Milan, as well as a temporary location on the Rue Saint-Honoré in Paris.

Delvaux has also accelerated its online business by adding e-commerce services to its U.S and European sites since the pandemic walloped consumer markets around the world. The brand works with JD.com to sell online in China.

At the same time, Delvaux has parted ways with its artistic director Christina Zeller, and shed 26 jobs at its Belgian headquarters, as the brand revealed plans to restructure operations in a bid to increase agility.

Related ItemsDelvauxDelvaux Is Up For Sale; Brand's Owner Asking For $500-$600 MilliondonovanFirst Heritage BrandsTemasekVictor and William Fung

← Previous Story Etro Open to Partnerships, L Catterton Said To Be Interested In The Brand
Next Story → CVC Invests In Iconic Streetwear Brand A Bathing Ape