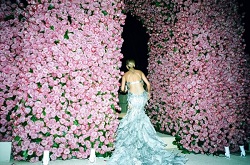 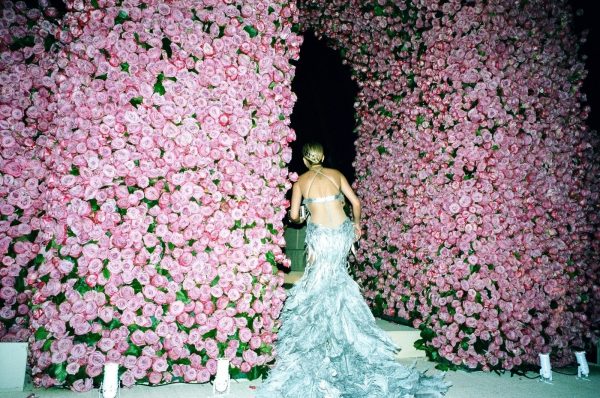 NEW YORK, UNITED STATES — In March 2020, D.M. Fashion Book reported that Met Gala joined the long list of events that were either postponed or canceled due to the worldwide spread of the coronavirus.

Vogue U.S. editor in chief Anna Wintour confirmed that the celebrity-filled gala would not be happening as planned on May 4, 2020.

Just a little over a year after Wintour‘s announcement, it is being reported that for the next Costume Institute exhibition at the Metropolitan Museum of Art, there will be a two-part examination of American fashion.

In what will be a yearlong endeavor, the first segment is planned for mid-September and the second installment will debut next May.

Another twist will be a two-part celebration, with the first planned for September in advance of the first part of the exhibition’s opening. What is being called the Costume Institute’s benefit is slated for Sept. 13, provided government guidelines allow for such gatherings. The Met Gala will be scheduled for May 2, 2022.

The benefit will coincide with the last few shows of New York Fashion Week, according to the Council of Fashion Designers of America. The CFDA revealed that the NYFW shows will start on Sept. 8 and end on Sept. 12.

“The CFDA anticipates the week to feature a return to in-person shows produced in adherence to New York State Health Guidelines, along with a continuation of digital collection presentations,” the organization said in a statement.

“With current signs of progress in the pace of vaccinations and the strategic, gradual reopening and tangible reawakening of New York City, we look forward to a strong fashion season that celebrates the best of American fashion in both physical and digital presentation formats,” said Steven Kolb, chief executive officer of the CFDA.

Meanwhile, the actual kickoff of the Met’s show will take place on Sept. 18 with Part One being “In America: A Lexicon of Fashion” at the Anna Wintour Costume Center. That will celebrate the Costume Institute’s 75th anniversary and will delve into the modern vocabulary of American fashion. The timing is fitting following what has been an abysmal year for numerous members of American fashion including designers, manufacturers, pattern makers, stylists, fabric suppliers and retailers that have been temporarily closed or forced to close during the pandemic due to safety or financial concerns.

In addition, the Met has been impacted by attendance. Tourism has been pummeled by the pandemic, many city residents have relocated for months on end and capacity is restricted in adherence with COVID-19 guidelines. The yearlong endeavor appears to be an attempt to attract visitors for an extended period.

Part Two of the upcoming show, “In America: An Anthology of Fashion,” will debut on May 5 and will be staged in the American Wing period rooms. That will take a look at the development of American fashion by presenting narratives “that relate to the complex and layered histories of those spaces,” according to press material provided by the museum.

In recent years, the Met has taken a more global viewpoint with the exhibitions showcasing an assortment of global designers’ work rather than domestic ones. The second installment of the upcoming exhibition will also help to redirect museum traffic by leading visitors to the American Wing. The Met’s Maria Kellen French director Max Hollein said in a statement that the two-part exhibition will “consider how fashion reflects evolving notions of identity in America and will explore a multitude of perspectives through presentations that speak to some of the complexities of history with powerful immediacy. In looking at the past through this lens, we can consider the aesthetic and cultural impact of fashion on historical aspects of American life.”