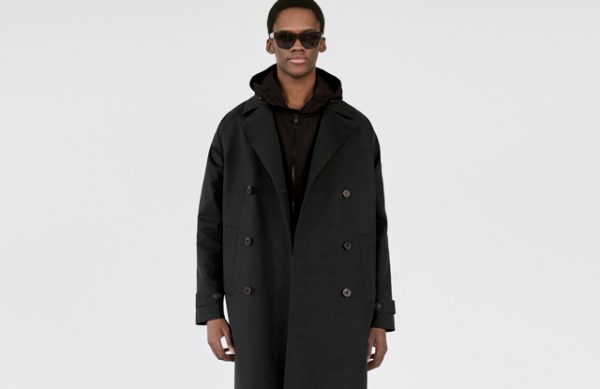 UNITED STATES — American fashion-retail company Frame has definitely grew since it debut in 2012. Now the Los Angeles-based company is setting its sights on men’s with a plan to revamp and expand the category, beginning this fall.

Although Frame has offered men’s wear since 2014, the category today represents just 10 percent of its overall business, which was $250 million at retail in 2018. But Erik Torstensson, cofounder and creative director, has a goal to grow men’s to 50 percent of Frame’s business over the next several years.

The goal is to create a comfortable yet sophisticated men’s lineup intended to offer a “system for dressing. A curated set of timeless classics with a twist.”

Torstensson said the collection will be centered around three pillars. First is an enhanced denim line that will be “more experimental” than in the past, he said. “This is where we came from,” but rather than the basics that had marked the offering up until now, “we will start pushing it.”

The second pillar is being coined Smart Comfort. Torstensson said it is neither streetwear nor athleisurewear, but instead is made up of innovative silhouettes in technical materials.

The third is Modern Classics, timeless pieces that are intended to be building blocks of men’s wardrobes but with a modern cut.

Fabric, fit and function are also key to the collection, he said, with high-quality fabrications sourced around the world, a slim but not skinny cut and attributes such as wrinkle-resistant pants, machine-washable cashmere and antimicrobial jeans. The color palette will be generally neutral with a few pop colors every season, he said.

Among key looks will be layering pieces such as a padded gilet designed to be worn over a long T-shirt or under a coat, and a padded blazer in a classic shape updated with plaque quilting and hidden snaps. There will be tailored trousers, cashmere sweaters, a trenchcoat, an updated hoodie, a quarter-zip and even a leather motorcycle jacket.

To round out the collection, Frame will expand its footwear line to include a modern Chelsea boot in leather.

All told, Torstensson said the brand aesthetic will be “effortlessly chic,” and is intended to appeal to everyone from a banker in Greenwich, Conn., to an art dealer in St. Moritz. “We wanted to offer the modern man a selection of modern wardrobe classics that he will reach for again and again. We are constantly trying to push the boundaries within our collection to redefine what a man’s modern wardrobe could be.”

Although the line looks similar to Theory and other contemporary men’s brands, Torstensson said the aesthetic is closer to that of the Zegna/Fear of God collaboration. “It’s not Theory, it’s more Acne or APC but the aesthetic is more quiet,” he said. “We want to do our own thing, find our guy and build trust. It’s not easy to stand out, but guys are very faithful to a brand once you get them.”

Torstensson said Frame had been thinking about relaunching men’s for a while, but it was during the pandemic that the company solidified those plans. It also followed the hiring of its first outside chief executive officer, Nicolas Dreyfus, the former global CEO of The Kooples, who started in March 2020 and reports to Torstensson and his cofounder Jens Grede. At the time, Dreyfus said he viewed men’s, along with bags and footwear, as big opportunities for Frame.

Torstensson admitted that before this, men’s was “the forgotten stepchild,” but with Dreyfus’ experience and urging, the company felt the time was right “to give men’s the attention it deserves. Although we continued to do men’s all along, it was only denim. We didn’t have a clear point of view.”

Torstensson acknowledged that “the world doesn’t need more clothes,” but Frame men’s is intended to “make their lives easier. It’s about style and character, not fashion.”

The revamped men’s collection will launch in July in select Frame retail stores — the company operates 15 stores in the U.S., but not all of them are large enough to accommodate the men’s assortment. It will definitely be carried on Greene Street in SoHo, on Madison Avenue, Melrose in L.A. and others, he said, as well as online. The collection is also expected to be carried at Nordstrom, Mr Porter, Ssense, Matchesfashion and other retailers around the world that sell the brand.

He hinted that there will be collaborations as well as retail installations in the future. 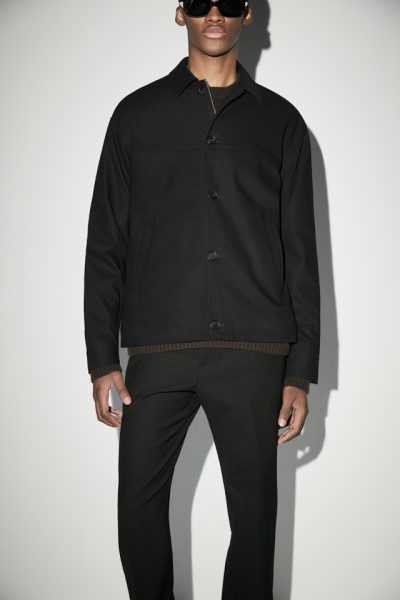 ← Previous Story Lil Baby Styles In Prada
Next Story → Cardi B Continues Her Relationship With Reebok, Releasing An Apparel Collection