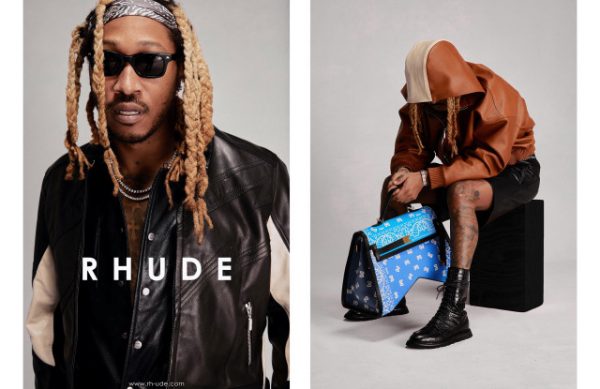 Rhude has seen such much growth and potential since it first launched in 2013. The campaign signifies the brand’s full journey, from word-of-mouth organic growth to becoming a Paris Fashion Week regular, and most recently reporting “three to five times top-line revenue growth over the past few months,” according to creative director Rhuigi Villaseñor.

Villaseñor tapped Future to front the campaign, which sees the Atlanta-native in a leather top, jackets and parkas, bandanas and a bandana print bag, all from the spring 2021 and fall 2021 collections.

“We shot the campaign months ago,” said Villaseñor. “Future turned down being the face of massive heritage brands, but with us it worked so organically. He’s a supporter of the brand and he and I have a personal relationship.”

The twosome also worked together in the past. Villaseñor worked with Future on merchandise for the rapper’s “The Wizrd” album from 2019. “Future is one of the few mavericks that created his sound,” he added. “We can come together and marry high fashion and street.”

A women’s campaign is on the way, too. For now, this campaign will stand alone in Los Angeles on billboards.

“I’ve very much focused on the storytelling,” Villaseñor said. “The brand has been driven by the product, but it’s very important to hit the refresh button and make sure the story is clear and concise.”

He added that the holiday season and start to 2021 “has been good for us,” thanks in part to consumers shifting to e-commerce. 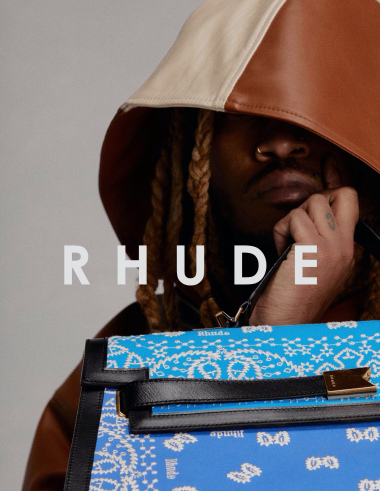 ← Previous Story Burberry To Stage Digital Presentation For Women’s Fall 2021 Collection
Next Story → It Is Rumored That Gucci, Balenciaga Will Team Up