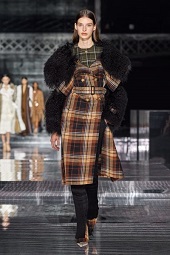 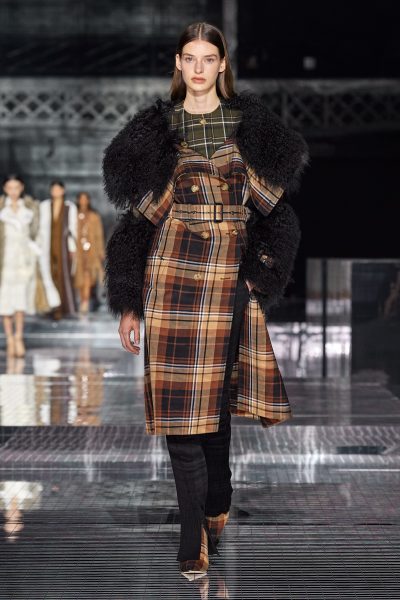 The show will be broadcast on the brand’s website, with no live audience present.

The company said more information will follow in the coming days.

The audience-free, digital show has proven to be a successful format for Burberry’s chief creative officer Riccardo Tisci.

His men’s collection took place inside the Burberry flagship on Regent Street, which is set to reopen on April 12, when lockdown begins lifting in the U.K.

The men’s collection was inspired by the natural world, and by the chic simplicity and gender-fluid styles of British men including David Bowie and Michael Clark.

Tisci said he has long been a believer in fluid dressing. “I grew up with nine women around me, and I’ve always been obsessed with the idea of men playing with women’s wardrobes,” said the designer.

Burberry has been riding a digital wave in the past year, not only with its shows and ad campaigns, but also in the stores.

Last month, it built a virtual replica of its Ginza flagship in Tokyo and has been inviting customers to browse and shop the spring 2021 collection.

It partnered with Elle Digital Japan on the project, and asked customers to navigate themselves around the virtual space and make purchases by selecting digital icons.

The virtual space mirrors the physical Burberry Ginza store, and is built over three floors: the ground floor offers signature bags, the first and second floors offers a selection of women’s and men’s wear, including outerwear, T-shirts, hoodies and a silk twill short-sleeved shirt with graphic appliqués.

The store will remain open until April 18 on Elle Japan and Ellegirl Digital Japan.

The British Fashion Council said the brand’s innovative use of technology at London Fashion Week in September and throughout its campaigns and global store launches positioned it “not only as a leading creative brand, but as one with conscience and social responsibility.”