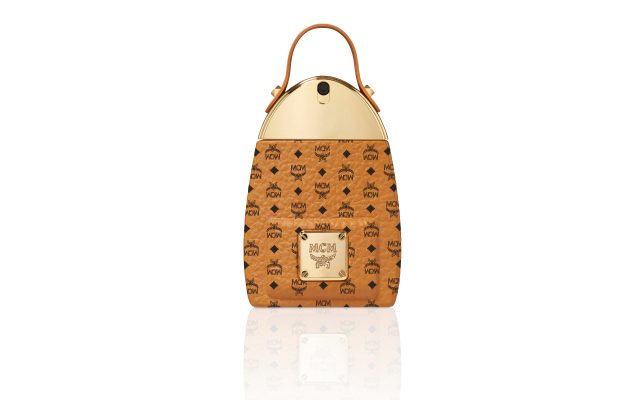 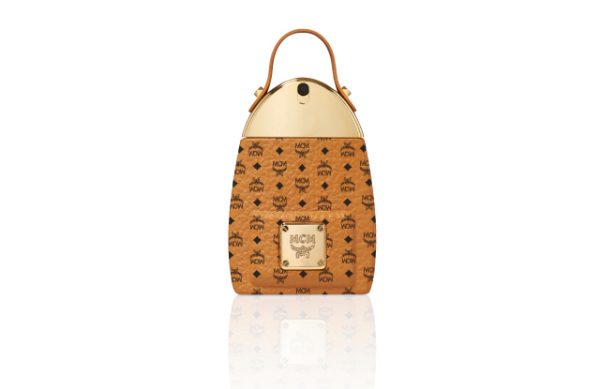 MCM’s licensing deal with Inter Parfums, Inc. has come to fruition with its first fragrance, launching this week.

The fragrance, called MCM Eau de Parfum, is launching in MCM stores this week and globally at retail partners in 2021. Among the brand’s distribution partners in the U.S. are Saks Fifth Avenue, Nordstrom, Bloomingdales and Macy’s; prices range from $65 to $95. Industry sources expect the fragrance to hit between $40 million and $50 million for its first year on the market.

The fragrance is unisex, and features top notes of raspberry and apricot; heart notes of white peony, jasmine absolute, and violet leaf; and base notes of white moss, vanilla, ambrox super, and sandalwood. The flacon is fashioned after one of MCM’s backpacks.

The fragrance is the first MCM scent done in partnership with Inter Parfums, with whom the brand signed a 10-year licensing deal in 2019. “We were looking for something disruptive and rebellious — different than what we have already in our portfolio,” said Jean Madar, chief executive officer of Inter Parfums.

“MCM has this specific edge with fashion, it’s luxury but also fashion and contemporary. It has an aspirational character, and it’s a global brand,” Madar continued. “It was very different for us because we’re used to creating products for us, and MCM was very active. Dirk Schoenberger, its global creative officer, was very active in the creation.”

Schoenberger agreed that making a fragrance up to spec with the brand presented challenges. “I was only at MCM for a few months when we started,” he said. “This brand is about heritage, and at the same time, it’s a brand that is constantly pushing its own limits and boundaries. So, there are a lot of contradictions and frictions, and we wanted to bring that into the fragrance, as well.”

The fragrance isn’t intended for just one demographic, Schoenberger said. “It’s rather youth-inspired, so we talked about Millennials and Gen Z. But for me, working for a brand, it should have an approach that is somehow ageless,” he said. “It was a great process to decide the broad direction and then constantly narrow it down.”

Although other areas in beauty piqued Schoenberger’s interest, he felt fragrance gave MCM the broadest access to new consumers. “When I saw skin care in Korea, I thought skin care was on fire,” Schoenberger said. “But fragrance will always be first for me because, as a luxury brand, it gives us another level of visibility.”