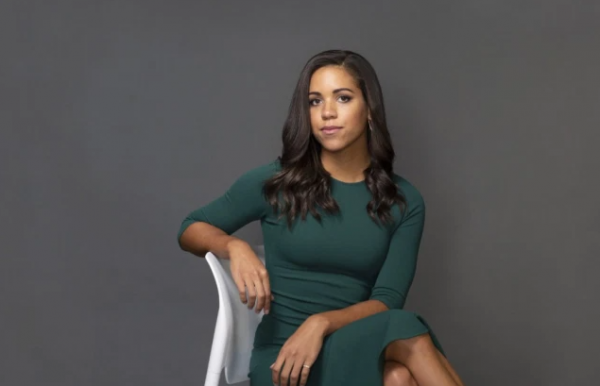 The Condé Nast brand had appointed Alexi McCammond, most recently a political reporter at Axios, its new editor in chief (see it here), taking the reins from Lindsay Peoples Wagner, who left last month to take the top job at The Cut (see it here). McCammond was set to begin her new role on March 24.

McCammond and Teen Vogue have “parted ways” amid the fallout over her past racist and homophobic tweets.

She made the announcement on Twitter that she will no longer become editor in chief of the Condé Nast-owned brand.

“My past tweets have overshadowed the work I’ve done to highlight the people and issues that I care about — issues that Teen Vogue has worked tirelessly to share with the world — and so Condé Nast and I have decided to part ways,” part of her Twitter statement said.

At the same time, Stan Duncan, the publisher’s chief of people, sent a companywide note explaining the move. “We agreed that it was best to part ways, so as to not overshadow the important work happening at Teen Vogue.”

Her tweets, which were written when she was in college, were shared on Instagram a few days later by Diana Tsui, editorial director of restaurant recommendation site The Infatuation, with the caption, “I’m tired of big media organizations pretending to give a damn about diversity and inclusion. And this especially is a slap in the face given what’s happened to Asian Americans in the past year.”

One of McCammond’s tweets said, “now googling how to not wake up with swollen, asian eyes.” Another read, “give me a 2/10 on my chem problem, cross out all of my work and don’t explain what I did wrong…thanks a lot stupid asian T.A. you’re great.”

In his note, Duncan added that McCammond was upfront about the tweets in the interview and that “given her previous acknowledgement of these posts and her sincere apologies, in addition to her remarkable work in journalism elevating the voices of marginalized communities, we were looking forward to welcoming her into our community.”

But in the days since the tweets were unearthed the publisher faced increasing pressure over its new top editor. That included Ulta pausing its current advertising campaign with Teen Vogue that’s said to be worth seven figures, while the Fashion for All Foundation, a nonprofit that aims to create awareness and promote diversity and equality in the fashion industry, had called on the publisher to immediately remove McCammond from her position.

Also, more than 20 members of Teen Vogue’s staff wrote to Condé Nast expressing concerns over McCammond. “We’ve heard the concerns of our readers, and we stand with you. In a moment of historically high anti-Asian violence and amid the ongoing struggles of the LGBTQ community, we as the staff of Teen Vogue fully reject those sentiments,” part of a statement shared on Twitter read. “We are hopeful that an internal conversation will prove fruitful in maintaining the integrity granted to us by our audience.”

To be perfectly honest, I don’t think McCammond was ever the best pick for this position because she comes from a political background, has no experiences in fashion and never before been an editor.