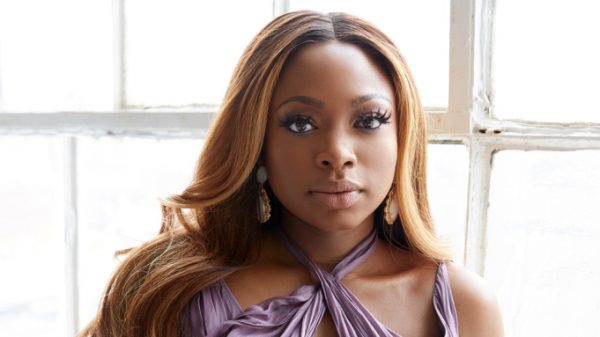 It was just reported that East Orange, New Jersey -native Naturi Naughton, known most for her role as Tasha St. Patrick in Starz’s “Power” franchise, is set to play a leading role in the ABC music drama pilot “Queens.” Naughton will star opposite Grammy award-winning rapper Eve.

The pilot follows the four members of the Nasty Bitches, a fictitious legendary ’90s hip-hop girl group, as they reach their 40s. Out-of-touch and estranged, the women reunite for a chance to recapture their fame and regain the clout they had for decades before.

Naughton will star in the role of Jill. Twenty years ago, Jill, aka Da Thrill, founded the Nasty Bitches in high school, living fast and large while dropping rhymes and struggling with a drug habit. Today, Jill is a put-together devout Catholic, living a quiet life in Montana with her husband— but everything is not quite as it seems, as Jill continues to be haunted by the past. The Nasty Bitches reunion allows Jill to escape her issues at home but returning to her rap persona conjures up difficult memories. A friendship with a young rapper that she has almost nothing in common with will help Jill figure out the person she needs to be.

Naughton will continue to play Tasha St. Patrick in the second season of “Power Book II: Ghost.” Her work as an actress includes her performance as Lil Kim in Fox Searchlight’s hit film “Notorious” as well as her role as “Denise Dupree” in MGM’s remake of the classic film “Fame,” in addition to her recurring role in the “Power” universe. She also appeared on Broadway in the Tony Award-winning musical “Hairspray” for three years.

She is repped by Gersh and Brecheen Feldman Breimer Silver & Thompson.