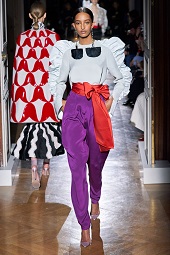 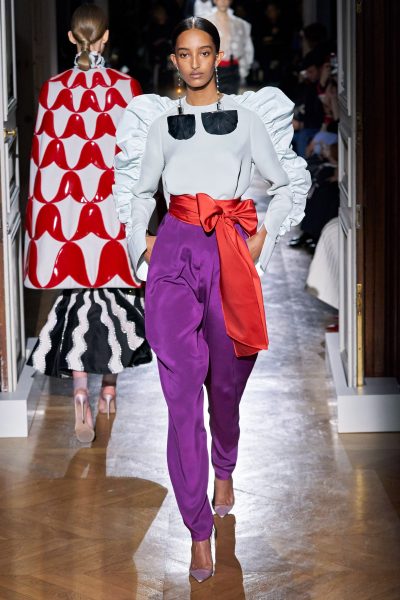 MILAN, ITALY — Italian fashion house Valentino revealed that it is paying tribute to Milan and its cultural scene, affected by the impact of the COVID-19 pandemic.

The house’s creative director Pierpaolo Piccioli has chosen to show the brand’s fall 2021 collection at the storied Piccolo Teatro di Milano – Teatro d’Europa. The collection will be presented digitally worldwide on March 1 at 2 p.m. CET at the end of Milan Fashion Week, which kicks off on Feb. 24.

“Choosing to show our collection at the Teatro Piccolo in Milano is a way to start the process of reopening places of culture in our country,” Piccioli told WWD. “We need culture to be alive and we need to talk about it. Teatro Piccolo di Milano embodies the perfect symbol of all values our brand stands for, it is a place of inclusivity and freedom. This is a first step, and even if it won’t be open to the public, it will give I hope, the idea that we are all going in the right direction.”

Piccolo Teatro di Milano was founded in 1947 by Paolo Grassi and renowned director and actor Giorgio Strehler, who oversaw more than 200 plays, the theater stages almost 60 performances a year.

Valentino is offering an opportunity to the Piccolo to be active since, due to the restrictions enforced by the Italian government to curb the spread of the coronavirus, theaters in Italy have been closed for months.

The Piccolo Teatro di Milano is starting a project of digitalization and cataloguing of its renowned atelier, which includes more than 10,000 pieces, with the goal of creating an accessible and interactive archive.

The house of Valentino underscored the link between Piccioli’s vision of inclusivity and the theater, which was “inaugurated as a space that valued freedom of artistic expression and welcomed international performances, with the intent to be an ‘arts theater for everyone’ with a social, inclusive and identity purpose, and it continues to stage valuable shows at reasonable prices, attracting a broad and varied audience to its productions.”

As a consequence of the pandemic and the travel restrictions, Valentino in September staged a physical runway show in Milan instead of Paris. Last month, the company unveiled its spring 2021 couture collection digitally, streaming the show filmed at the beautiful Baroque Palazzo Colonna in Rome.