Estée Lauder To Acquire Deciem At $2.2B Valuation 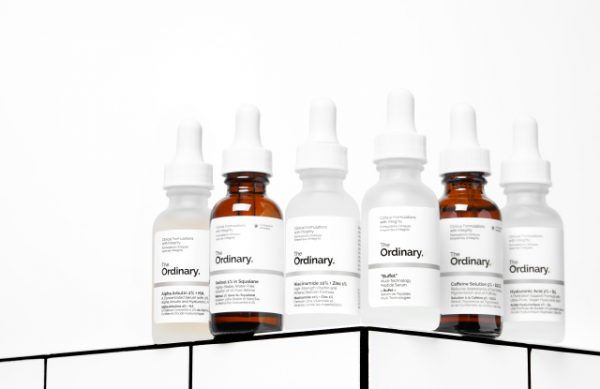 UNITED STATES — American multinational manufacturer and marketer of prestige skincare, makeup, fragrance and hair care products,  The Estée Lauder Cos. Inc. has agreed to buy a majority stake in Deciem, the parent company of popular skin care brand The Ordinary, at a $2.2 billion valuation.

Lauder already owns a 29 percent stake in Deciem after investing in 2017. Under the terms of the deal, Lauder is paying $1 billion to increase its ownership position to 76 percent, valuing the company at $2.2 billion. In three years, Lauder plans to buy the rest of the company at a to-be-determined valuation.

“It felt like the right time from our people, our brand, our infrastructure. We feel like it’s a time where they can really come in and offer access to different resources that can strengthen where we are today, but we are so strong in our identity and in our culture that it won’t be overtaken by big corporate,” said Deciem chief executive officer Nicola Kilner in an interview.

“Deciem is an exceptional company. Nicola and her team have built and cultivated authentic brands with highly effective, must-have products using a vertically integrated model, and have fostered a uniquely transparent and engaging communication style. The company’s hero products, desirable innovation and digital- and consumer-first high-touch approach have been instrumental to its success,” said Fabrizio Freda, Lauder’s president and CEO, in a statement.

Kilner will report in to Stéphane de la Faverie, group president at Lauder. Several Deciem executives will retain ownership during the next three years.

“The business has got to a really good place where we still have so much of the creativity, and that’s largely because so many of the founding team are still at Deciem today. We’ve been really lucky to retain our people,” Kilner said, noting that Deciem leaders, including herself, chief scientific officer Prudvi Kaka, and chief operating officer Stephen Kaplan would remain in their roles.

Deciem plans to draw on Lauder’s expertise in global expansion to consider entering markets where there is demand, like India and the Middle East, Kilner said. The company also plans to consult with Lauder on regulatory requirements related to those moves, as well as inventory and infrastructure, she said.

“It’s hard to find that balance between a start-up that needs to have the space to flourish and build its own identity and do everything by itself, and then there also comes the point where you become a much bigger brand — it feels like it happens overnight — and you kind of need a bit of help now and again,” Kilner said.

Deciem’s growth for 2020 was driven by expansion with Ulta Beauty and with Sephora online. The company trained store workers to be online consultants, which helped drive up basket size for online orders.

For 2021, Deciem will continue expanding with Ulta and Sephora, including their partnerships with Target and Kohl’s, respectively, and will also expand in Europe with Douglas and Sephora, Kilner said. The business is working to become B Corp. certified.

“Our hair care sku within The Ordinary is within our top three sellers now. Our Hair Density Serum has gone viral on TikTok,” Kilner said.

The business may also launch new brands going forward, Kilner said. The original idea, in line with the name, was to introduce 10 lines. Right now, Deciem has six brands: The Ordinary, Niod, Hylamide, the Chemistry Brand, Hif and Loopha.

“We still want to be an incubator,” Kilner said, noting that The Ordinary’s rapid growth diverted resources from other projects.

Asked if Deciem is on track to become a billion-dollar brand — a status a handful of brands at Lauder have reached — Kilner said that was the goal.

“That’s definitely where we’d like to get to,” Kilner said. “You don’t see us doing any advertising, we don’t do any of the traditional things. It’s mainly just grown through word of mouth and organic and through some distribution expanding.”

“By the time we even do the things that are planned, I can see hopefully quite a significant growth continuing to come our way,” Kilner said.

By valuation, Deciem is Lauder’s largest acquisition to date. The company paid $1.1 billion to take over the rest of Dr. Jart+ at a $1.7 billion valuation in 2019, and paid $1.45 billion for Too Faced in 2016. Lauder said it expects the Deciem deal to have a “negligible” impact on fiscal 2021 results.

Kilner said she does not anticipate the acquisition will shift Deciem’s culture, which has always been close-knit. “They recognize the things that we do differently and that that really works for us,” she said.

Perella Weinberg Partners advised Lauder on the deal, and Baylor Klein advised Deciem. The transaction is expected to close in the second quarter of this year.