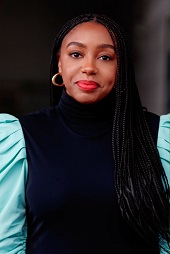 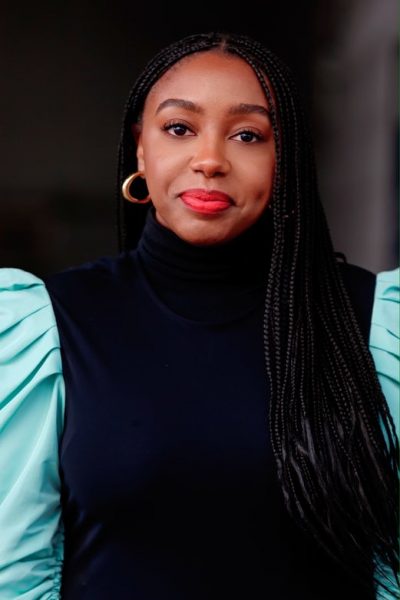 At the time of this post, a representative for New York Magazine, Condé Nast did not released an official statement. Neither did Peoples Wagner.

This is not Peoples Wagner’s first time at The Cut. She was the title’s fashion market editor for more than three years before taking on the top editor’s role at Condé Nast-owned Teen Vogue.

At Condé Nast, she was the youngest editor-in-chief in the building, she continued to address race and politics through the lens of fashion and beauty, agitating for progress in the fashion business.

She’ll take the reins from Stella Bugbee, her former editor, who is stepping down after nine years at the helm.

Bugbee’s not leaving the company, though, and will stay on at New York Magazine as editor at large, focusing on journalism projects that span both print and digital. She’ll also continue to serve as an executive producer of The Cut’s podcast and will pen a regular column about culture, fashion and politics for the vertical, which publisher Vox said hit a record 14 million-plus readers in June.

“This is a decision I’ve been mulling for a while, even before the pandemic. It was something that I thought about long and hard…and ultimately decided on doing now. It’s been a very challenging year for everybody but as we settle into a ‘new normal’ way of working, it seems like the right time to think about the future,” Bugbee told staffers in a memo back in October.

In a New York Times feature about Peoples Wagner, Bugbee said of working with her: “She was really excited about featuring new talent and undiscovered talent. She would come to me on a regular basis with a roster of people and say, ‘This person is going to be a really big person.’ I trusted her because she was always right.”

In June, Peoples Wagner and publicist Sandrine Charles co-founded the Black in Fashion Council, an organization to support Black designers and professionals and create set benchmarks with brands and fashion businesses. Capri Holdings, IMG Models, PVH and L’Oréal are among the dozens of companies that have pledged to work with the council, as well as Condé Nast.

At Teen Vogue, Peoples Wagner brought more of a focus on fashion after years of a predominately political and activist approach under its former editors. But the digital publication’s progressive political beat remained, as did a candid approach to sex and relationships. Peoples Wagner prioritized the magazine’s commitment to profiling and hiring a wider range of subjects and creatives.

Peoples Wagner also expanded the annual Teen Vogue Summit, which has featured interviews with Selena Gomez and Issa Rae and set up an initiative to support emerging designers who are diverse and inclusive in their work, called Generation Next.

Under Bugbee, The Cut expanded beyond its fashion blog roots into a wide-ranging women’s publication with a particular focus on politics and careers, while keeping its signature, sarcastic voice. Revenue comes from a combination of advertising, e-commerce affiliate marketing and branded content. Monthly traffic grew from 2.2 million in 2012 to 14 million in June 2020. Fashion journalist Cathy Horyn joined as critic at large in 2015.

UPDATE: THE CUT AND PEOPLES WAGNER RELEASED AN OFFICIAL STATEMENT— We’re incredibly excited to share the news that Lindsay Peoples Wagner will be the next editor-in-chief of the Cut. She joins the Cut from Teen Vogue, where she has been editor-in-chief since 2018; she is also the co-founder of the Black In Fashion Council. New York editor-in-chief David Haskell announced the news to the full magazine staff this afternoon.

This will be a return to the Cut for Peoples Wagner, who was previously the site’s fashion market editor from 2015 to 2018, writing about fashion, race, and culture and producing photo shoots and celebrity profiles. Her last major feature for the Cut was the acclaimed “Everywhere and Nowhere,” an examination of what it’s really like to be Black in fashion.

“We’re all multifaceted human beings and we can enjoy fashion and want to enjoy some fun but also really care about the state of the world and where we are in politics,” Peoples Wagner said to the Times. “I think the Cut has done a really good job of not putting women in boxes.”

“Not long after Lindsay first came to the Cut, she came into my office with a prepared deck of printouts and pitched an entirely new column that she would cast, style, and write, even though it was beyond the scope of her role,” says Stella Bugbee. “She had incredible ambition mixed with a sure-footed confidence. And as it turns out, she was a phenomenal scout for talent that would become household names, from Cardi B to Little Yachty, Ashley Graham, and Issa Rae. I remember thinking, Someday Lindsay should run the Cut, so, naturally, I’m thrilled that she will be coming back to take the reins. Her commitment to creating an inclusive fashion community is unparalleled in the industry. She’s a force who’s just at the beginning of her career, and I look forward to watching her as she blazes her path forward.”

During her first tenure at The Cut, Peoples Wagner won the ASME Next Award in 2017, honoring outstanding achievement by magazine journalists under the age of 30. More recently, she was celebrated among Business of Fashion’s 2019 “BoF 500” and named to the 2020 Forbes “30 Under 30” list. She was also included on the 2020 “Root 100” list of most influential African Americans.