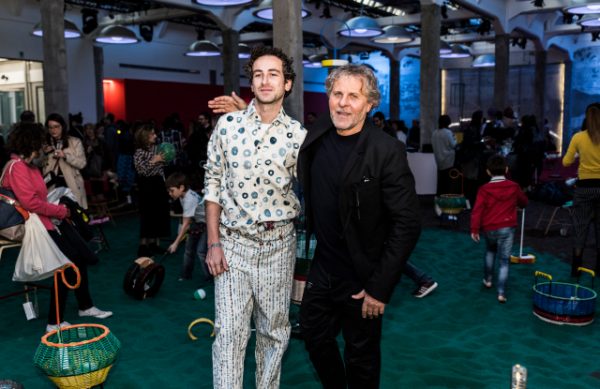 “Since joining, Francesco has taken on every bit of Marni’s DNA, whilst fully embracing his role as creative director,” said Renzo Rosso, president of Marni parent company OTB. “His unique leadership covers every aspect of his work, from style to interior design to marketing and the whole digital world, and he can count on an amazing global network of talents to help him express his vision. He has forged a new direction for the brand, rejuvenating it whilst also making Marni his own. I am delighted that we will continue to work together for many years to come.”

The company declined to reveal the length of the new contract, but it is understood it is a long-term agreement. OTB’s decision to reveal the extension firmly squelches recurring rumors about a possible exit of the designer.

“Four years ago, I was humbled by the opportunity I was being given,” Risso said. “Today, I am even more grateful for this renewed stewardship. What we have achieved over the past years could not be possible without the trust of Renzo Rosso, the OTB group and the dedication of the teams around me. As the journey continues, I am excited to lead Marni toward the future, with even more creativity, honesty and commitment.”

The designer studied at Florence’s Polimoda, New York’s Fashion Institute of Technology and Central Saint Martins in London. His work experience started at Anna Molinari, and after stints at Alessandro Dell’Acqua and Malo, in 2008 he joined Prada Group to work on the brand’s women’s show collections and on special brand endorsement projects.

“Remaining truthful to the spirit of the house, Risso has pushed the brand beyond its limits, fostering creativity at all levels and turning Marni into a playground for meaningful, artistic dialogues,” the company said. “Risso will continue to expand his vision for Marni, spearheading the brand image at global level and permeating all creative domains, from collections to communications.”

Rosso took full control of Marni in 2015. The brand was launched in 1994 as a fur collection, meant to diversify the production of Consuelo Castiglioni’s husband Gianni and his family’s company, Ciwifurs, a storied licensee for several designer brands. Retailers started asking for apparel to go with the furs and then accessories.

The Castiglionis first showed men’s wear together with women’s wear for spring 2002 and the category had its first solo runway show for fall 2006.