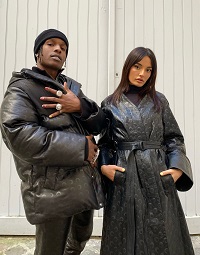 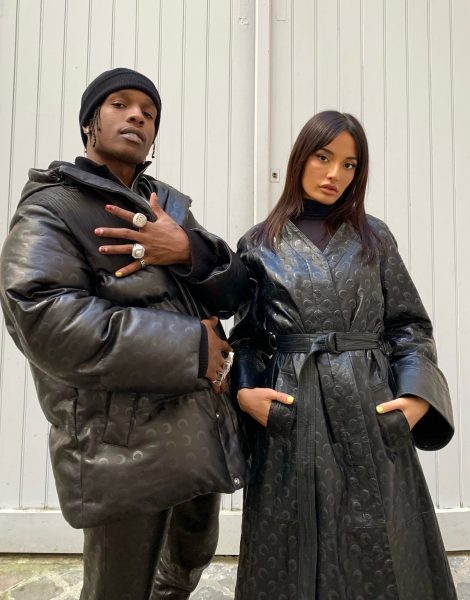 The pair are collaborating on a new collection of AWGE x Amina Muaddi shoes. The collaboration released last week through a selection of global retailers like Net-a-Porter, Browns, Just One Eye, and On Pedder.

Speaking to Vogue, Muaddi offers some ideas on how to wear the shoes: “The gladiator is something that you could wear with something short: a skirt or a dress. The shoe with the butterfly, you can wear it with anything from jeans to a gown because it’s very versatile. It’s very elegant, but it can be dressed down or dressed up in so many ways.” 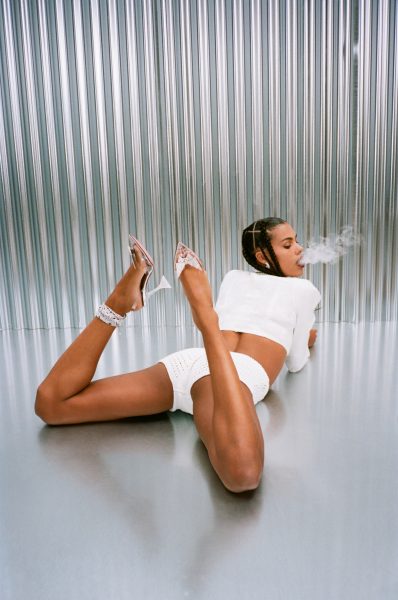 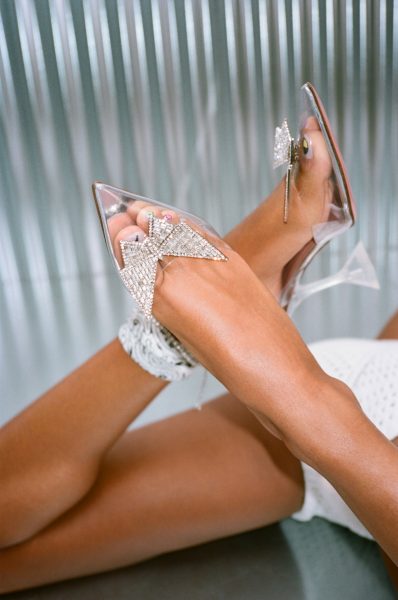 This collaboration marks the first for Muaddi’s own brand, though she has also designed a range for Rihanna’s Fenty collection. “For me, it was important that the first collaboration I do is one that is special and close to my heart,” she says. “I wanted to do it with someone who shares my values and my perspective on creativity and design. Rocky doesn’t compromise himself in his work or whatever he does; he’s a perfectionist the same way I am.”

In the past, Rocky collaborated with fashion brands JW Anderson and Raf Simons. AWGE, his creative agency, has also opened up the world of fashion for a new generation of fans. Perhaps his secret is the same one many other designers have held true to: Don’t over explain. “We don’t really talk about [AWGE]; it has a mystique. That’s the tradition of it. What I will say is, I just always was looking for outlets to express myself and expression is key,” he says. “I think AWGE was just another platform for people such as myself to come together and just create.” 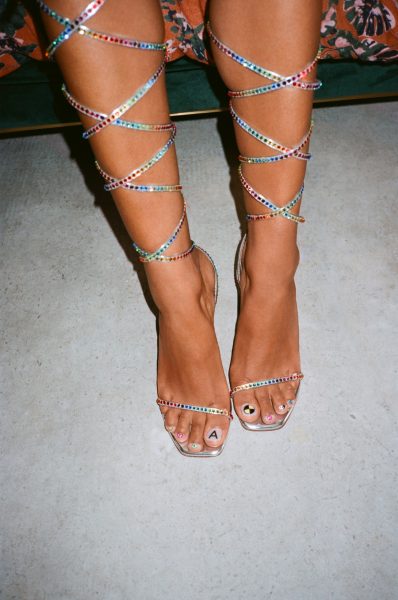 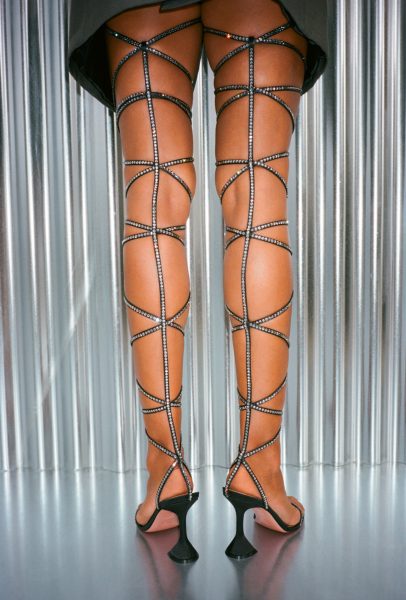 Rocky and Muaddi have been friends for years, running in the same circles of musicians, artists, and designers. “It has been so many years that we’ve known each other; it was only natural someday it would lead to something like this,” Muaddi says. Though ideas have been flowing between the two since they met, the strange year that is 2020 helped push their musings into reality. “Everything happens when it’s meant to,” she says. “It was a natural time for us.”

The four shoe styles that are the result of the collaboration are a marriage of their personal tastes. “Even if we come from such different parts of the world and we have different backgrounds, we have very similar aesthetics,” Muaddi continues. Designing women’s shoes, Rocky says, came naturally. “I know what I like and don’t like in fashion, [and] I love what she does already with the shoes,” Rocky begins. “Amina has an aesthetic and a flow going, just in general, you know, I wanted to make sure that whatever we did it bridged the gap between both of us, and it moved cohesively. It was easy collaborating with Amina. Knowing how passionate she is about her own brand, and knowing everything that she puts into it, it was a no brainer going into this collaboration, because I already had the experience and was familiar with her work. And [she was familiar with] my aesthetic too. We have a mutual admiration for style.” 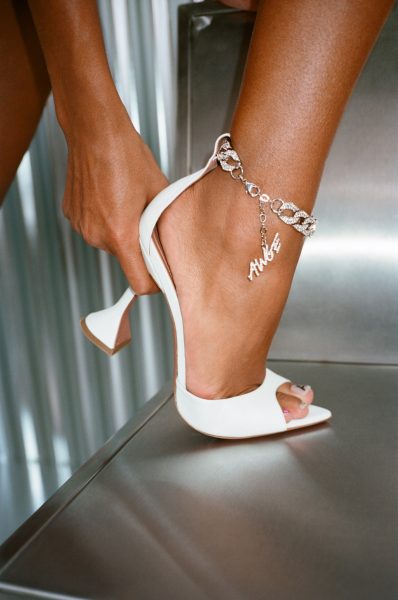 “It was just about incorporating his universe, his aesthetic, his visuals,” Muaddi picks up. “A lot of the inspiration came from his personal jewelry, and things that I would see him wearing. Even before we did the collaboration, I would tell him, ‘Oh, I love this. This could be so cool on a shoe.’”