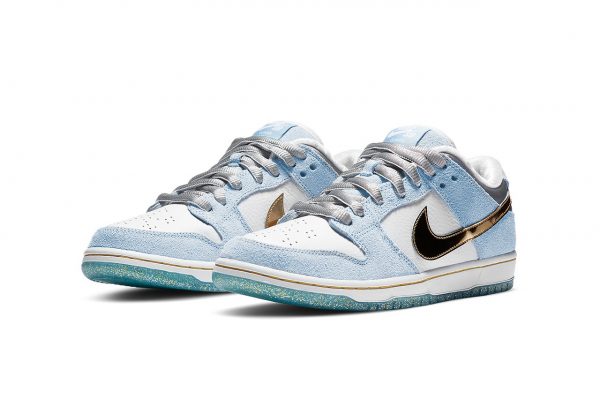 DISCLAIMER: D.M. Fashion BOOK aims to provide our readers with the latest updates in the sneaker world. However, we cannot 100% confirm the reliability of any unauthorized leaks or rumors unless this information is provided directly by the brands themselves.

Cliver — a graphic artist notable within in the realm of skateboarding who garnered fans for his Nike SB Dunk High “Krampus” in 2012 — adds playful color schemes and textiles to his upcoming offering with the iconic sneaker and apparel label. Two tones including pure white and “Psychic Blue” take charge in dressing up most of its look, the former shrouding the toe boxes, quarter panels and midsoles, while the latter flows atop the hairy suede overlays. Metallic accents show face as well via the laces and collars which shine with silver skins, in addition to the Swooshes, midsole’s stitching, outsole’s speckles and heel’s branding which possess gilded finishes.

On the interior, the footbeds split between co-branded embellishments hits on the right foot and an animated Christmas elf graphic backdropped by snow-covered trees on the left. Moreover, the liners come packaged with velvet textures — a design element pronounced on the artist’s Strangelove Skateboards x Nike SB Dunk Low collaboration that dropped last February.

An official release date hasn’t been released at the time of this post. 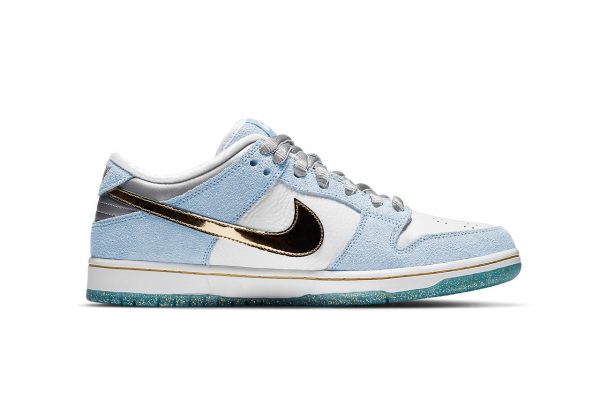 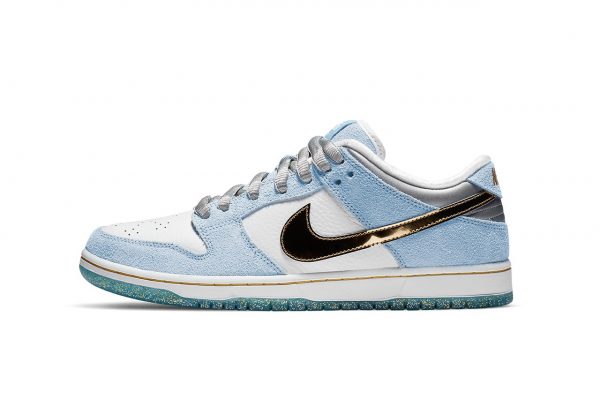 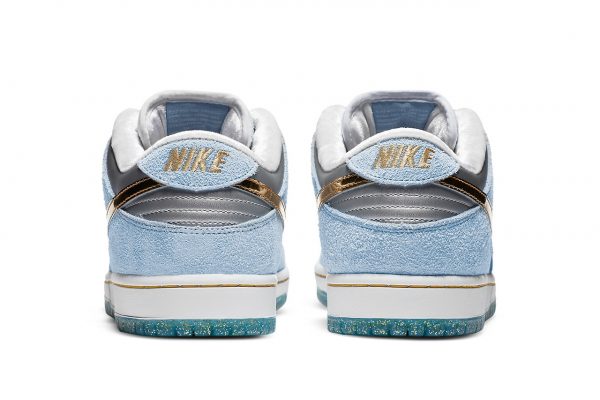 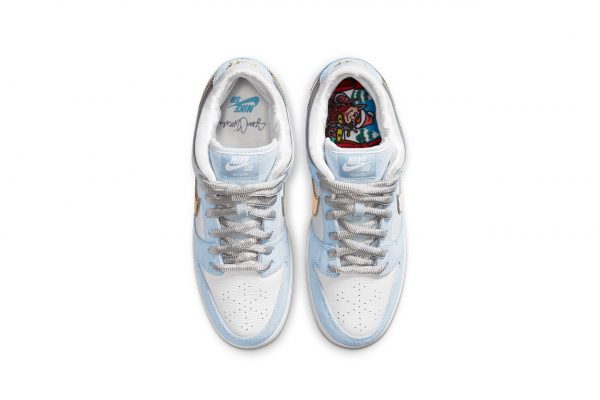