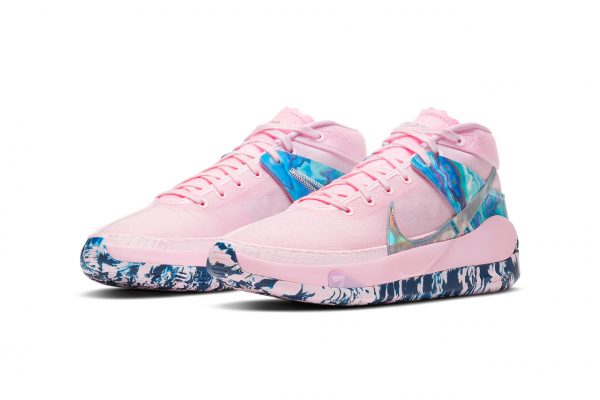 “Pink Foam,” a light and airy pink shade covers the majority of the synthetic upper. However, it’s far from the only hue present. Both the low-slung lateral Swoosh — which dips down into the midsole — and the small medial Swoosh that’s flipped around and placed on the collar flap take on an iridescent metallic silver tone. Both are secured with light blue stitching. The collar flaps are special as well, boasting a colorful marbled graphic that combines several shades of blue and purple.

Midsoles feature the same “Pink Foam” hue as the upper, and are loaded with a sizeable Zoom Air bag in the forefoot to ensure responsive, adaptive cushioning. This Zoom unit’s placement is denoted by a pink oval on the outsole, the rest of which features an abstract blue and pink print that rises up onto the toe bumper and heel clip to complete the look. 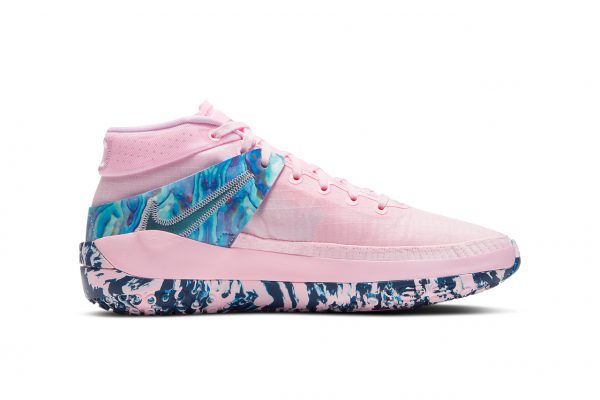 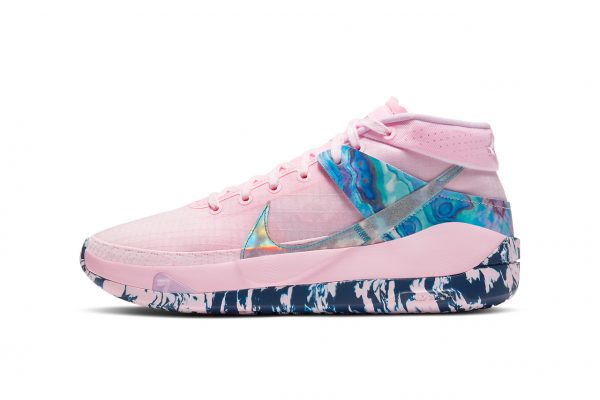 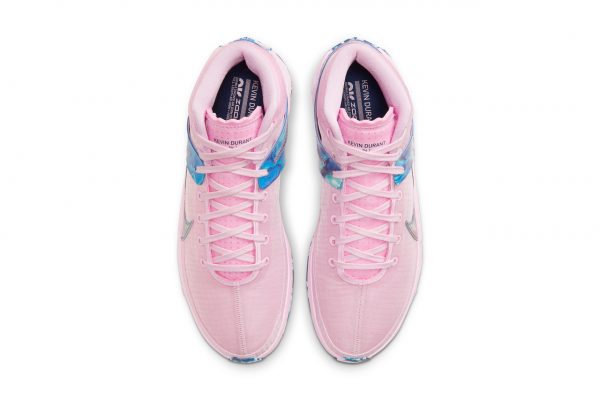 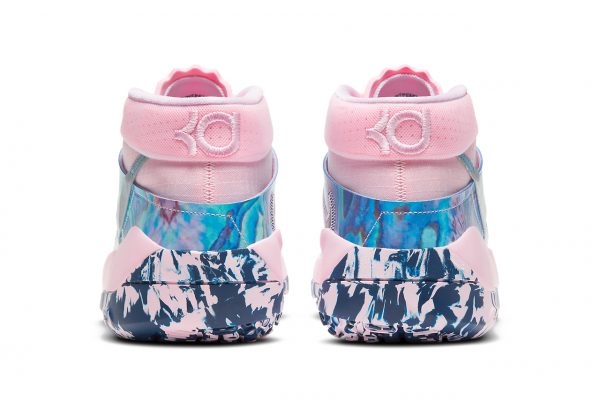