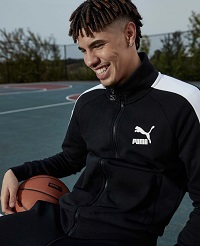 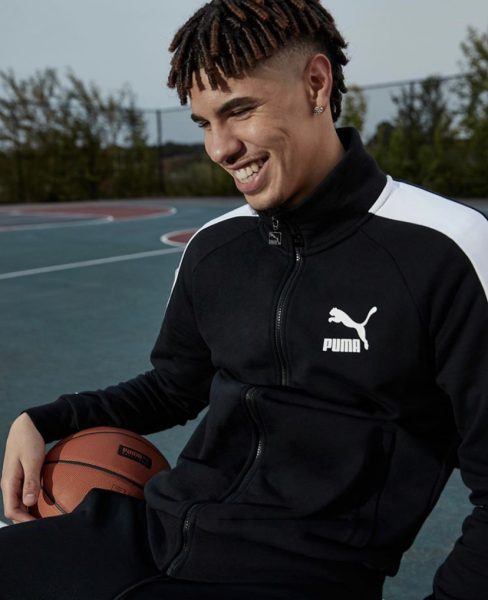 CALIFORNIA, UNITED STATES — Last August, D.M. Fashion Book reported that global basketball sensation LaMelo Ball has yet to play his first few minutes in the NBA, but the 19-year-old reportedly has a shoe deal lined up already (see it here).

Today Wednesday (October 14), we could officially confirm that Puma has signed a long-term partnership with top 2020 NBA prospect LaMelo Ball, who will serve as an ambassador for the brand both on and off the court.

“LaMelo’s physical gifts and dynamic play on the court, as well as his unique sense of personal style, make him a natural fit for Puma,” said Adam Petrick, global director of brand and marketing for the brand. “We are thrilled to add him to our roster of talented athletes and at just 19 years old, we can’t wait to see his impact on the broader culture surrounding basketball.”

The partnership will include product as well: a Puma x LaMelo Ball T-shirt and hoodie will be released on Nov. 18, the day of the NBA draft.

“I am really excited to be joining the Puma family,” Ball said. “I believe the brand is the perfect partner for me because Puma will allow me to just be myself. I want to be 100 percent authentic whether that’s playing basketball or showing off my personal style and that’s what I want to do with Puma.”

“I don’t know what normal is. I personally chose a different path to achieve my success because that defines who I am,” he added. “I know some people think I am mysterious or ‘not from here,’ and I might have to agree. I am someone who likes to be different and consider myself to be one-of-one. That’s the message I want to share in my upcoming projects with Puma.”

The ambassadorship will also include Puma and Ball working together on various programs to encourage youth to stay active through basketball skill camps, equipment and clothing donations, court refurbishments and more.

LaMelo Ball has emerged as possibly a top pick in the upcoming 2020 NBA draft. At the time of this post, it was reported that the point guard is expected to be among the top three picks in this year’s NBA draft. He landed a signature shoe deal and signed with an agent in 11th grade, which made him ineligible to play college basketball, therefore he became the youngest American to play a professional game after he joined a team in Lithuania at 16. He has played professionally in Lithuania and Australia, but has never played a truly significant game in the United States. He is the most famous in the 2020 draft and most well-known mystery in sports. When his name is called early during the NBA draft, another journey will begin: one he must navigate on his own. 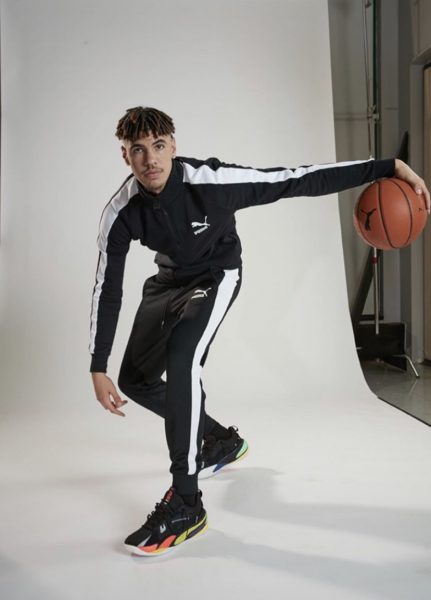 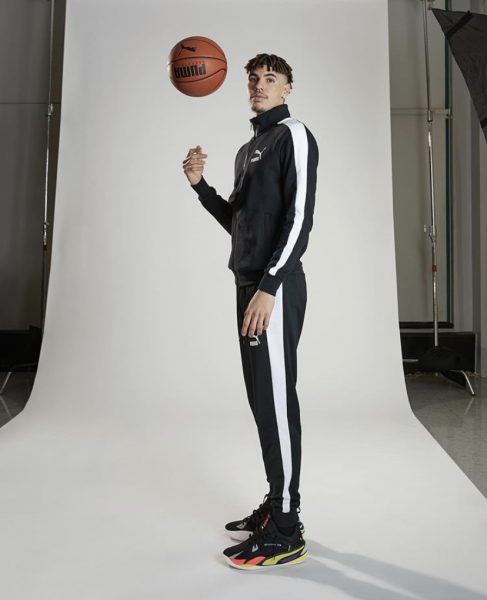